To say the 2020 Iowa Democratic caucuses didn’t go to plan would be a severe understatement. When voters assembled Monday evening in high school gymnasiums across 99 counties to participate in the Democratic Party’s presidential nominating contest, everyone expected the outcome within a few hours, or overnight into Tuesday morning at worst.

But by midday Tuesday, the state party had failed to release results, and multiple candidates were declaring victory. Observers pointed the finger at political vendor ACRONYM, whose “Shadow, Inc.” subsidiary built the vote tabulation application, and at the party’s confusing voting procedures that bamboozled voters and caucus staff alike.

The fiasco provides powerful lessons for Pierre Omidyar, the eBay billionaire behind the Democracy Fund; John Koza, the lottery scratch-card inventor behind National Popular Vote; washed up semi-politician Evan McMullin of Stand Up Republic; and others who are pushing major upheavals in America’s electoral system.

Even before the catastrophic failure of the ACRONYM-funded mobile app that Iowa Democrats hoped would report the caucus results, caucus organizers already were having difficulty organizing the “alignment” system of allocating caucus-goers. The rules of the caucus dictated that supporters of candidates who failed to meet the “viability” threshold to secure county delegates could reallocate themselves among other candidates or—as in one case at a Drake University precinct—band together to secure a county delegate for a candidate who already dropped out of the race. Reports indicated some caucus organizers made errors in applying this “final alignment.”

This should be a warning to supporters of ranked-choice voting and other choose-more-than-one-candidate procedures. In ranked-choice voting, voters rank candidates from most- to least-preferred, and candidates are eliminated until one candidate secures a majority. It’s simpler than the Iowa caucus alignment procedure, but if voters (and vote counters) do not understand how it works, this attempt to find the electorate’s “true” preference . . . won’t.

Contrast this with the Republican caucus’s simple procedure: The representatives of the Republican candidates give speeches; then the caucus-goers vote, privately. If a candidate qualifies for delegates, they are allocated. (Yes, there was a GOP caucus; results were reported, and President Donald Trump defeated token opposition and protest votes.)

The Democrats, on the other hand, vote in Iowa caucuses publicly, without a secret ballot (typically by gathering in blocs for each candidate). This allows all sorts of pressure to be applied to uncommitted supporters in the first round and to any free supporters in the second round.

While no serious advocates support abolishing the private ballot for elections for public office, labor unions have long sought to end the private ballot in unionization elections, while adding rules that silence employers and other union skeptics in organizing campaigns. That would give unions a major advantage, because it lets them make their case without opposition—and remember that in union elections, if the union wins, they follow the principle of “one man, one vote, one time.”

Thank Your Lucky Stars for Constituencies

American legislative elections and the presidential election occur in constituencies—that is, in geographically limited districts: either a whole state or a subdivision of a state. And this makes it much easier to prevent one locality’s electoral screwup from contaminating the entire election process, as would happen, disastrously, if our presidential election were decided by a “national popular vote.” Even the Iowa Caucus fiasco is contained—the other 56 Democratic presidential nominating contests (for the 49 remaining states, the District of Columbia, five inhabited territories, and Democrats Abroad) are unaffected by Iowa fumbling the ball, and Iowa’s 41 pledged delegates are unlikely to be decisive at the end of the nominating contests.

Our system has quarantined other types of screwups. In the 2018 congressional elections, the result in North Carolina’s 9th District was voided amid allegations the Republican campaign had engaged in illegal ballot harvesting. The solution was to leave the seat open and hold a special election—the other 434 congressional races were unaffected.

By contrast, if the 2000 presidential election had been decided by a “national vote,” it would have fallen within the margin of recount provided under some states’ laws. And as crazy as recounting Florida was, recounting the entire nation (and applying 51 different voter standards) would have been nearly impossible, even before the lawyers invaded each of those 51 jurisdictions.

All electoral systems have faults and make tradeoffs. The Iowa Democrats tried, in the words of Democratic National Committee chair Tom Perez, to make their arcane contest “more transparent and accessible to more voters.” They failed.

America’s Electoral College and district-based legislative elections trade proportional representation for decisive outcomes—and they aren’t alone in doing that, as Canada’s Liberal Prime Minister Justin Trudeau can attest, since he was re-elected while losing the “popular vote” to the Conservative Party. Even Pete Buttigieg, a Democratic candidate for president who has demanded scrapping the Electoral College, has interpreted the available Iowa caucus results with startling respect for the geography-bound rules in the state.

Again, in line with international norms, the Senate and Electoral College support representation of regional interests. The relative success of America’s remarkably free and rambunctious national and state-level elections suggests that “expert” meddling motivated by partisan talking points is unlikely to improve them. It’s much more likely to end up creating a lot more Iowa caucus–style messes. 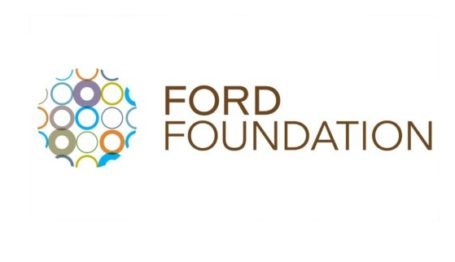