How Weird Is the Electoral College, Anyway? 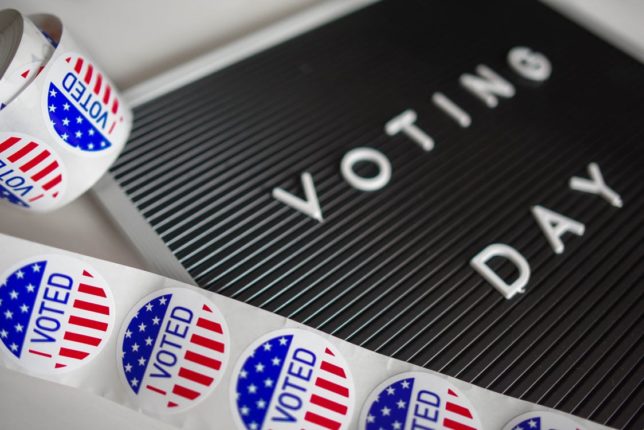 Liberals complain often about the Electoral College, America’s unique body for selecting its chief executive. Citing small-d “democracy,” groups such as National Popular Vote (NPV), FairVote, and a number of other organizations funded by liberal figures ranging from lottery scratch-card inventor John Koza to library card catalog billionaire Steven M. Silberstein, a number of states are promoting a so-called “National Popular Vote Interstate Compact” to ensure the plurality winner—i.e., whoever gets the most votes, regardless of whether that candidate secured a majority—gets to be President. Eric Holder, chair of the National Democratic Redistricting Committee, recently backed the effort.

But this “national popular vote” system is actually uncommon among developed countries and large democracies; most democratic countries use a more complicated selection process in order to have a leader who won the support of a broad array of interests and geographic areas—even if that leader’s party or coalition did not necessarily win the most votes.

A review of the electoral procedures of the member states of the Organization for Economic Cooperation and Development (OECD)—a club of democratic countries founded during the Cold War—and other large democracies (defined as having a rating of at least six on the Economist Intelligence Unit Democracy Index—a criterion which would disqualify OECD member Turkey—and a population larger than Canada) shows that very few countries use the plurality-winner system NPV would institute.

Thirty-two of the countries have their chief executive, usually titled Prime Minister in English (South Africa titles its leader “President” and Switzerland’s system is much more complicated), elected by the national legislature. This indirect voting resembles the Electoral College, and can lead to the most-voted party not securing the Premiership. The American difference is that the elected body that chooses the President is a separate entity existing only for the specific purpose of electing; the national legislature is a fully independent, constitutionally superior branch.

In fact, only three of the countries reviewed use a plurality-winner “national popular vote” for their chief executives. None of the cases suggests that a plurality-winner system would of necessity yield more honorable winners: Mexico is riven by drug-fueled warfare and endemic political corruption, the current president of the Philippines has been accused of crimes against humanity, and South Korea impeached and convicted its immediate past president Park Geun-hye for bribery and convicted her predecessor of bribery as well.

The winners often do not have majority mandates: South Korea’s current President Moon Jae-In was elected with only 41 percent of votes, the Philippines’ sitting President Rodrigo Duterte was elected with 39 percent, and Mexico elected two consecutive presidents with less than 40 percent of the vote in 2006 and 2012. (In an ironic twist, the runner-up in both those elections, leftist Andres Manuel Lopez Obrador, would win a majority mandate in 2018.) While National Popular Vote calls it a “myth” that the U.S. would see a breakdown of the two-party system and winners elected with weak pluralities, recent statewide elections with prominent third-party candidates have seen winners chosen with as little as 38 percent of the vote. Bill Clinton won the election in 1992 with only 43 percent of the national popular vote because of the performance of third-party candidate Ross Perot, who took 19 percent.

So, if they aren’t using the “national popular vote,” how are the world’s large democracies and rich democracies choosing their leaders? Far more common is some form of proportional representation, a runoff-coalition system, or a regional-based system, often with some combination of these methods.

Switzerland has the most unusual national executive: Rather than a single prime minister or executive president commanding a Government, the four largest political parties (in practice, the nationalist-conservatives, the free-market liberals, the socialists, and the Christian Democrats) split seven Federal Councilor offices (effectively Cabinet positions) according to a “magic formula” based on the size of their blocs in the national legislature. Each Federal Councilor chairs a government department; when the Federal Council makes joint decisions, Councilors are expected to abide by “collective responsibility,” not criticizing the Council’s decision even if it was made by a political rival. A titular Presidency rotates between these Councilors annually, but the President holds no additional power or prestige than the other Councilors.

Germany and New Zealand elect constituency legislators, but add national legislators from party-nominated lists so the share of seats in the legislature match the parties’ national vote shares. Other countries like Spain follow the party-list procedure with the proportionality enforced within set constituencies. And then there is Greece, which follows the constituency party-list rule and then gives 50 bonus seats to the most-voted party, making proportional representation non-proportional.

Proportional systems seek to balance the divergent opinions in their national politics with the need to form governments. At the end of the process (which varies according to each country’s constitution), a Prime Minister is nominated and serves with the support of a majority of the legislature.

Those countries which do use a “popular vote” more commonly use a two-round runoff system. The first round of the election resembles the “Louisiana Rules” style of American election used in Louisiana state elections and in many states at the municipal level—a large number of candidates run, and if one of them gets 50 percent plus one—an outright majority—that candidate wins. (Argentina’s threshold to win outright is lower, but the specifics are not relevant here.) But if no candidate secures sufficient votes, the top two vote-getters advance to a second round of winner-take-all voting. This forces candidates to form a majority coalition.

Chile, France, Brazil, and Colombia all do this in the context of a multiple-party system, with numerous factions vying for a place in a runoff. In the second round of these elections, the top two vote-getters must convince third parties and supporters of defeated candidates to back their campaigns; depending on how the national legislature is elected and organized, the support of those third parties may be necessary to effectively govern.

Finally, there are our Anglosphere cousins (Australia, Canada, and the United Kingdom) and India, which adopted a modified form of the U.K.’s Westminster System upon regaining independence from the U.K. in 1947. All have their Prime Ministers chosen by a legislature elected in a manner familiar to Americans.

Australia’s House of Representatives, which chooses the Prime Minister, is elected by ranked-choice voting (a form of voting that allows minor-party voters to distribute their votes to one of the more popular candidates in the constituency if no candidate wins an outright majority) in single-member districts. Despite ranked-choice (which is supposed to make winning with fewer votes harder), Australia has had a U.S.-style “electoral-popular vote split” relatively recently; Prime Minister John Howard’s Liberal-Nationals were re-elected over the Labor Party in 1998 despite receiving 49 percent of the “two-party preferred” distributed votes to Labor’s 51 percent.

The United Kingdom, Canada, and India all use a system like that used in U.S. Congressional elections outside of Maine: Winner-take-all plurality elections in single-member constituencies. As a result, all have had “split” results: The U.K. general elections in 1951 and February 1974 saw the less-voted parties form governments, the Canadian federal election in 1979 saw the less-voted party form the government, and India saw a government formed by the third-most-voted alliance (India’s multi-party system is defined by alliances among regional and demographic-interest parties) in 1996.

And that leads to the American system, the Electoral College. In some ways it is like the British system: Electors for the chief magistracy chosen by winner-take-all plurality votes in defined subnational units. The difference comes from America’s separation of powers: Rather than having the national legislature choose the chief executive, a separate body existing only for the specific purpose of electing the President does so.

But what does this international electoral tour tell us in general? It shows the fundamental tensions of democratic-republican government—tensions that National Popular Vote, Holder, and other annoyed partisans simply dismiss. Other than the three national-plurality countries, all the large and established democracies employ some form of balancing of regional interests and minority representation with simple majority rule.

In a runoff system, a successful runoff candidate will make concessions to the supporters of eliminated candidates to win their support; for instance, French President Emmanuel Macron, a center-left ex-Socialist, made a centrist member of the center-right “Les Republicains” chief minister of his Cabinet after defeating a far-right opponent. In a proportional system like Israel’s or the Netherlands’, this “government formation” negotiation is explicit, with smaller parties trading support for ministerial posts important to their constituents, or (as in the present German government) with the major parties agreeing to form a consensus-based “grand coalition” if none can secure a majority with ideologically aligned minor parties.

The American system seeks this balance by requiring candidates to seek a regionally (not simply factionally or demographically) broad coalition. In a time when four cities—New York, Los Angeles, San Francisco, and Washington, D.C.—possess near-hegemonic cultural power (and whose elites hold political views different from those of the national median, as Capital Research Center’s past research has identified), giving political power to the other federal states ensures representation of broader interests in the national conversation. (America’s federal Senate, with its equal power to the lower House and equal representation of states, further secures the loyalty of the states beyond these culturally dominant metropoles to the federal Union.)

Even the Obama administration, commanding the loyalty of the cultural centers and a majority coalition, was forced to consider the interests of Ohio River Valley industrial populists in Ohio, prairie populist social-democrats in Iowa, and the autoworkers of greater Detroit in order to maintain its electoral majority. By doubling down on the cultural power of the culturally powerful metropolises, Hillary Clinton’s campaign opened the electoral path for a rival, because the rules of the American system require successful campaigns to consider regional interests.