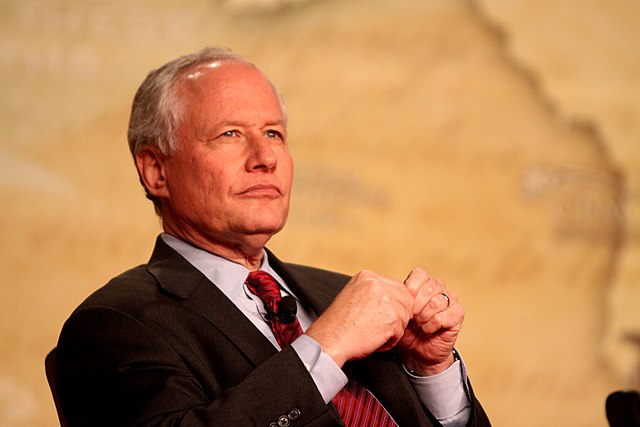 What do you call someone who only works to elect Democrats, opposes conservatives, and donated to the Biden campaign? The answer is obvious: A Democrat.

That’s the platform of Defending Democracy Together, a top “dark money” group that bills itself as an “advocacy organization created by lifelong conservatives and Republicans”—really Washington establishment hacks opposed to former President Donald Trump.

The unfortunately named DDT publishes The Bulwark, a refuge for indignant NeverTrumpers, through its 501(c)(3) arm. Both groups are led by Bill Kristol, once a leading conservative thinker who’s since sought refuge among leftists, declaring himself a Democrat last February.

How are these venerable crusaders helping conservatives? By electing far-left Democrats and unseating Trump. And there’s no shortage of leftist “dark money” to fund their duplicity.

DDT was the biggest outside political spender in the 2020 election, according to OpenSecrets, dropping a stunning $15.6 million in independent expenditures savaging Trump and aiding Democratic nominee Joe Biden. DDT beat out heavyweights such as the U.S. Chamber of Commerce and National Realtors Association, which typically dominate outside spending lists.

Most recently, the group supported the second impeachment vote in January, eager to see Trump out of office—even offering to support Vice President Mike Pence’s future presidential prospects if he invoked the 25th Amendment to remove Trump from office before Biden’s inauguration on Jan. 20.

But they were plenty busy before that. DDT published political ads advancing the lie that Trump called servicemen “suckers” and “losers,” and others accusing him of sympathizing with white nationalists and undermining national security.

It also ran “Operation Grant,” an effort to flip Ohio—birthplace of Civil War hero Ulysses Grant—to Biden that failed spectacularly. It should have embarrassed the group to learn that Trump won Ohio by 8 points and close to half-a-million votes.

They didn’t execute the job they were paid to do. InfluenceWatch identifies at least $1.6 million in 2018 and another $2 million in 2019 flowing to the group from Democracy Fund Voice, the 501(c)(4) funding group run by eBay founder and inveterate Democratic donor Pierre Omidyar. It’s also received an unknown sum from Quadrivium, the philanthropy of leftist mega-donor James Murdoch, son of conservative billionaire Rupert Murdoch.

The left-wing Hopewell Fund forked out another $75,000 to DDT in 2018. The Hopewell Fund is part of a multi-billion-dollar “dark money” funding network in Washington, DC, that funnels cash from leftist mega-donors such as Bill Gates and George Soros to fund activist groups attacking Republicans on health care, pushing for federally funded abortions, and angling for a radical Green New Deal.

DDT’s revenues in 2018 were just $3.3 million, according to its latest public Form 990 filing. So where did the rest of this cash come from? That’s hard to say since DDT is a “dark money” group that doesn’t report its donors.

When asked, the group’s director, Sarah Longwell, told the Capital Research Center that groups receive funds “from all sorts of people who care about democracy and the rule of law,” but declined to name names. We may never know the complete truth about who funds DDT, which is strange for a group that has aligned themselves so completely with a political ideology that demonizes “dark money” on the right.

Don’t expect these militant NeverTrumpers to pipe down under President Biden. Now DDT runs the Republican Accountability Project, which aims to punish Republican politicians who worked with Trump by purging “Trumpism” from the GOP, to the delight of the left. How this kind of “accountability” differs from, say, a Soviet-style Comrade’s Court is anyone’s guess.

This article first appeared in the Federalist on January 29, 2021.