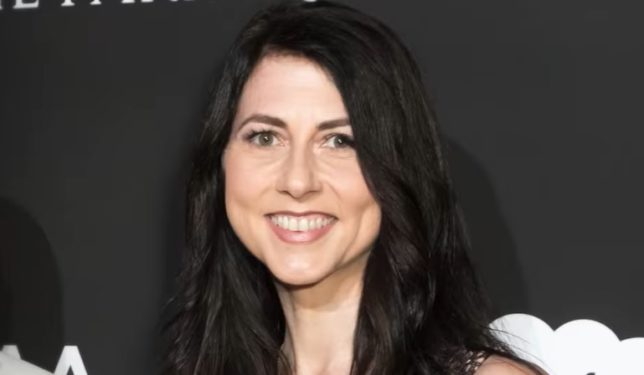 In a 2020 press release announcing a $1.7 billion round of philanthropic grantmaking, MacKenzie Scott, ex-wife of Amazon founder Jeff Bezos, showed that he would be putting her divorce settlement windfall to use for a good cause right away. Donating hundreds of millions of dollars at a time to excellent charitable groups with few strings attached, Ms. Scott has made a tremendous effort to give away her wealth in record time, and she ought to be commended for it.

But nowadays where there is philanthropy there is usually politics. As part of her philanthropy Mackenzie Scott has also made massive contributions to dozens of far-left organizations that do more to back Democrats than to aide the poor and better society. For this reason, Ms. Scott has earned herself a place as the newest and most dynamic member of the little-know but powerful group of left-wing billionaires who are influencing American politics from the sidelines.

Scott indicated early on that her philanthropy would be heavily influenced by her poltical views. In her initial round of grants, she pledged:

Based on the organizations that have received her support since then, funding racial and LGBTQ+ “equity” means giving to organizations that advocate for far-left policy changes, “gender equity” is essentially just paying for abortions, and supporting a “functional democracy” means backing groups that get out the vote for Democrats.

Scott’s strategy for funding racial equity evidently centers on supporting left-wing criminal justice reform groups. Right off the bat in 2020, Scott logged a donation to the Movement for Black Lives, a nonprofit that advocates for the abolition of prisons and the police. Later grants continued to back far-left “defund the police” advocates like the Community Justice Exchange, a fiscally sponsored project of the Tides Center, which is “working toward a world without prisons, policing, prosecution, surveillance or any form of detention or supervision.” The Essie Justice Group—which recently used the COVID-19 pandemic as the basis for a call to close all prisons, release all inmates, and cease all arrests—was also tapped for a grant in 2022.

On LGBTQ+ equity, Scott is equally radical and focused largely on the “T” part of the acronym. Scott funded the Astraea Lesbian Foundation for Justice’s International Trans Fund, the Fund for Trans Generations, and the Transgender Law Center in just the first wave of grants. Scott has also given to other more moderate left-wing LGBTQ+ activism groups like the Trevor Project and Parents, Families and Friends of Lesbians and Gays (PFLAG).

When funding a “functional democracy,” Scott uses the same definition that the rest of the professional Left seems to use: Democracy is when Democrats win elections. Scott had given undisclosed amounts to the Center for Tech and Civic Life (CTCL) and the Center for Election Innovation and Research (CEIR), which infamously received $400 million in “Zuckbucks” from Facebook founder Mark Zuckerberg during the 2020 election and used it to boost turnout for Democrats. She has also reportedly given to Arabella Advisors front groups like the Voter Engagement Fund, Democrat-aligned voter organizing hubs like State Voices, and the left-leaning election law advocacy work at the Campaign Legal Center.

Scott has also made record-breaking grants to Planned Parenthood Federation of America and 21 Planned Parenthood local branches as part of her commitment to “gender equity.” Although she did not disclose the full amount at first, reports later confirmed that Scott had donated $275 million to the controversial abortion provider in 2022, the largest single donation in Planned Parenthood history.

According to the Guttmacher Institute, a pro-abortion advocacy nonprofit that Scott has also funded, this $275 million would be enough to pay for 550,000 abortions (though the recent high inflation rates may have driven that number down). Ms. Scott is quickly joining billionaires like Warren Buffet as a “Terror of the Unborn.”

It’s clear from her grantmaking choices that Scott will remain a powerful force in the Left’s industrial-scale nonprofit activism network until her money runs out. At the rate she’s giving her fortune away that might not take long, but her high-volume style of philanthropy makes understanding her funding endeavors even more important for the years to come.

Scott generally stays away from politics and has not made many contributions to candidates or poltical action committees (PACs) to date, but it may not remain so for long. Only time will tell whether she will be able to keep outright political spending at arms-length.

One area where she will almost certainly be active is education. In her most recent round of grants Scott gave to Collaborative for Academic, Social, and Emotional Learning (CASEL), an education-focused organization credited with inventing the blueprints for social emotional learning (SEL). Many on the right consider this left-of-center model for education to be a watered-down version of critical race theory (CRT).

In the same press release, Scott announced additional donations to the Education Law Center, Education Leaders of Color, EL Education, and the Learning Policy Institute—each of which advocates for left-leaning education policy solutions. Scott also gave a total of 41 grant to local affiliates of the Communities in Schools network, whose “policy priorities” include rethinking school discipline and encouraging the use of SEL in curriculums.

MacKenzie Scott still has work to do to solidify her legacy as one of the Left’s infamous mega-donors, but in just a few years she has made excellent headway while remaining relatively unknown.