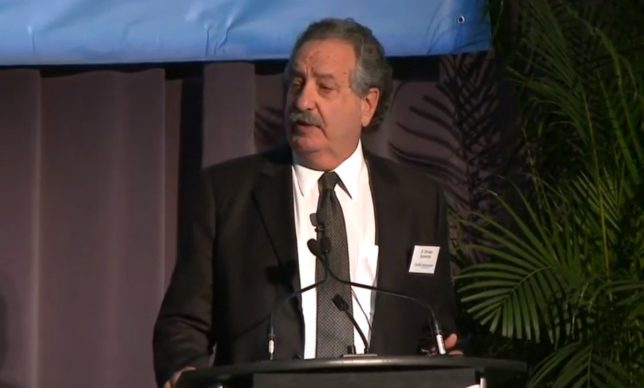 It is unclear whether Donald Sussman is technically a billionaire since so much of his wealth is hidden, but his billionaire-sized contributions and connections to Democratic political candidates undoubtedly earn him a place on this list.

Sussman showed a talent for tying money and politics together early in life, allegedly making his first investments in American sugar companies at the age of 12 because he predicted Fidel Castro’s guerrilla war in Cuba would disrupt sugar supply chains. Since then, Sussman has retained his acumen for money and politics and amassed a fortune as the founder and chief investment officer of the Paloma Partners Management Company, a hedge fund. Sussman is also a co-owner and founder of New China Capital Management, an investment company that manages the Cathay Funds, another hedge-fund that helps clients make capital investments in Chinese markets. Cathay invests in everything from the Great Leap Brewing Company—quaintly named for Mao Zedong’s “Great Leap Forward,” which killed millions—to Jinhong Energy, which owns and operates natural gas pipelines throughout China.

In 2016, documents leaked by the International Consortium of Investigative Journalists also revealed that Sussman and many of his business associates were listed as directors of an apparent tax-shelter based out of the British Virgin Islands.

Sussman was an associate and supporter of former U.S. Virgin Islands Gov. John DeJongh Jr., who nominated Sussman for a five-year term on the Board of Trustees of the University of the Virgin Islands in 2008. During and after his term, DeJongh was investigated for bribery and embezzlement, but the charges did not stick, and DeJongh’s wife, Cecile, was criticized for heading Jeffrey Epstein’s charitable foundation.

Sussman himself—who owned several mansions in the Virgin Islands with his ex-wife, Rep. Chellie Pingree (D-ME)—also has ties to Jeffrey Epstein. Paul Hoffman, who reportedly served as Sussman’s lawyer during the investigation into DeJongh was also the lawyer for Epstein. According to the Main Wire, the two were also connected as recipients of the same special tax credit from the Virgin Islands Economic Development Commission under DeJongh’s administration.

During his prime as a billionaire, Sussman and Pingree would take their private jet back and forth between Maine and the Virgin Islands to entertain wealthy and influential guests. One such guest was Rep. Barney Frank (D-MA), chair of the House Financial Services Committee during the 2008 housing market collapse. Frank, whose reputation was already tarnished by a scandalous affair with a male prostitute, came under intense scrutiny for taking a free ride to the islands on Sussman’s jet in 2009 because, as chair of the Financial Services Committee, he was in charge of authorizing the bailouts that immensely benefited Sussman’s company, Paloma Partners.

Back on the mainland, Sussman has long been one of the most prolific donors to Democratic politicians in the country. A 2021 report by Issue One, a left-leaning organization, named Sussman as one of 12 “political megadonors” whose contributions to federal candidates and political action committees (PACs) since 2009 accounted for a combined 7.5 percent of all money raised by PACs and candidates during that time. The report found that Sussman’s total contributions added up to a whopping $98 million.

Sussman made a splash during 2016 in particular, giving $21 million to Clinton-aligned PACs including Priorities USA, making him the single largest supporter of Hillary Clinton according to OpenSecrets, which tracks political spending. In 2018 and 2020, Sussman again shelled out the big bucks, contributing over $27 million to Democratic PACs during the 2018 election cycle and over $26 million leading up to 2020.

Given his questionable associates and his fondness for Virgin Island tax shelters, it’s not surprising that Clinton isn’t the only scandal-plagued politician Sussman has backed. In 2018 Sussman was a generous supporter of Andrew Gillum, a Florida gubernatorial candidate in 2018, contributing $1.5 million to his campaign. Gillum was indicted in June 2022 on 21 federal felony counts, including wire fraud and false statements. Sussman’s campaign contributions were reportedly an item of interest for federal investigators as recently as June.

Outside of his PAC contributions, not much is known about Sussman’s political giving. Sussman is almost certainly a generous donor to left-wing nonprofit political activism groups, but because he does not seem to use a dedicated private foundation his giving is almost totally untraceable. What is knows is that Sussman was a founding member of the Democracy Alliance, a highly secretive cabal of left-wing mega-donors and organizers that was created to streamline and coordinate funding from Democratic megadonors after the 2004 election. Sussman has attended multiple Democracy Alliance meetings. Democracy Alliance members are required to make large yearly commitments to recommended organizations as part of their membership, so Sussman’s money is undoubtedly backing some powerful organizations. The most likely recipient of Sussman’s largess is the Center for American Progress (CAP). Sussman is a longtime CAP board member, a highly influential clearinghouse for all sorts of Beltway left-wing activists, and seats on that board certainly don’t come cheap.

Sussman is the archetypal “billionaire in the shadows.” He’s a powerful person with island mansions, tropical tax shelters, and shady friends, with a congresswoman for an ex-wife and lots of dubious investments in Chinese companies. Despite his Bond villain-esque persona, most have never even heard of him because the mainstream media is loathe to report on the numerous billionaires that bankroll their side. If Donald Sussman were to become a household name, the narrative that the Left is fighting an uphill battle against the conniving interests of billionaires would fall apart.