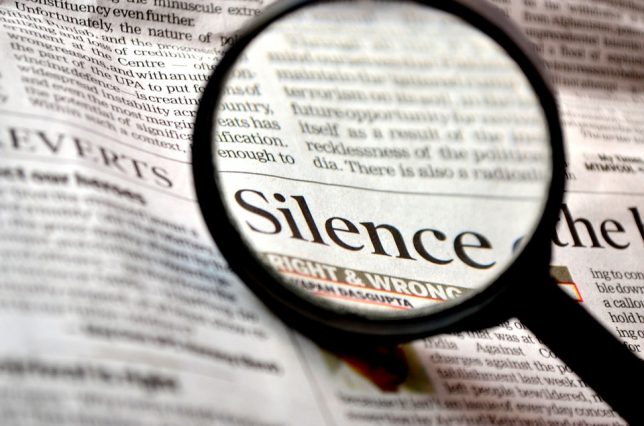 There is no worse event for a human being to endure than the loss of a child. But it happens. It happens in war, it happens on our highways, it happens in a variety of environments with alcohol and drugs, and now it happens at our shopping malls, street fairs, concerts, nightclubs, and alas, at schools.

The recent school tragedy in Parkland, Florida, that took the lives of other loved-ones as well as children, has once again sparked emotional responses for some kind of action to prevent similar horrors in the future. Our niece was at the Parkland school at the time of the shooting and our family was blessed that she was one of the lucky survivors. There is no need to speak more of the amount of devastation this event caused, but many use a tragedy like this for self-promotion or to foster a political agenda. The public is easily misled, and tragedies always seem to produce more hysteria than sensible responses. Little, if any, critical thinking or objective analysis occurs over the causes. Facts are ignored. Logic is out the window. Sensationalism prevails over pragmatism.

The killer at Parkland could have been stopped many times along his journey to mass murder. He engaged in threatening activities with numerous warnings prior to the culmination of his plans to kill, but nothing was done by anyone. Why? Incompetence, fear?

Both incompetence and fear, I would argue. Those two plagues are produced by political correctness, which itself is generated by powerful interest groups that include unions, nonprofit activist groups, and the donors who fund them. We are unable to discharge incompetent workers because it may be politically incorrect and bring the wrath of government-worker unions. Many of us are afraid to suggest that someone, whether a nineteen-year-old or a senior citizen, is dangerous, because to say that may be politically incorrect. We fear being criticized by pressure groups or sued.

In the Parkland case, layers of multiple government bureaucracies may have been staffed by incompetents who failed to act. Those capable of recognizing threats may have been worried about being labeled, because it has become too easy to be called a bigot, racist, or fascist. We are frozen by fears of doing something politically incorrect.

In the weeks preceding the Parkland shooting, a story about a seven-year-old boy was given intense coverage by the Miami Herald. He had become uncontrollably violent at school, including attacking a teacher. The police were called and responded by removing the child from the school. The police followed standard protocol: they restrained the child to prevent him from doing harm to himself or others by affixing handcuffs. Then an attempt was made to invoke what is known as the “Baker Act,” a process of having someone temporarily committed to an institution when that someone is deemed to be in danger of harming himself or others.

Well, the Miami Herald had a field day with this one. This is the kind of story ambitious reporters and editors pray for—a vehicle to ridicule the police and slam the establishment. The tone of the coverage, with support from some of the readers, suggested institutional child abuse. How terrible that the boy, whose record of violence was already years-long, was subjected to the laws and practices we use to prevent him from harming himself or others! But what about order in the school? Discipline? Safety? Is it politically incorrect to curb the actions of any violent child, even if, let us imagine, he was poisoning our water supply or setting fire to a hospital?

My wife is a former school psychologist who used to treat EH (emotionally handicapped) children. “EH” was a politically correct euphemism employed by school officials to prevent insulting anyone, particularly parents of incorrigible or violent children. Some of these children were candidates for the Baker Act, and some were in need of physical restraint. The program actually worked well by identifying potential threats and putting many children on the path to stability. The program was cancelled by the Miami-Dade County Board of Education. It must have been politically incorrect.

Without such programs, some children may mature into killers, and warnings may be ignored as we fail to act out of fear. These “children” (the Parkland suspect was 19) will find a way to kill, maim, or harm society in some way, whether with a truck, a knife, a gun, a bomb, a biological substance, or simply a butane lighter. So will the whole spectrum of extremists, fanatics, and sociopaths who will never be in short supply in our country, the third most populous in the world.

What was it that killed a beautiful young girl on a San Francisco pier; the children in Columbine, Sandy Hook, and Parkland; music fans at a Las Vegas concert; pedestrians run over on New York streets? It wasn’t simply a gun, a bomb, or a van that killed them. These things are inanimate instruments. Certainly, people acted, but that is also too easy an answer. No, the real killer was political correctness.

Various groups and factions have de facto partnered with the news and entertainment media to put us in fear—fear of being accused of discrimination, fear of offending, fear of telling the truth. In other words, they have put us in fear of writing, speaking, thinking or doing anything that by their definition is politically incorrect. No person, company, organization or government is immune from the consequences of being accused or merely suspected. The punishment is swift and often severe: ridicule, harassment, loss of a job or career, boycotts, and ostracizing. Because of this fear, the tools we need to protect us have been taken away from our authorities in government, education, employment, and law enforcement.

The fear reaches into entertainment, our schools, the workplace, our courts, our hospitals and doctors’ offices, and extends to every aspect of our lives where lawful activities exist. We condemn the kind of reasonable “profiling” that could protect us from terrorists or potential felons. We cower before—instead of exposing—incompetent teachers; we fail to discharge incompetent, sometimes dangerous, government employees. Fear now restricts our own police when they try to protect themselves.

We have become so afraid of offending a group or individual that we will instead tolerate threats to our health, safety, and lives. When the fear of offending becomes greater than the fear of having our children murdered, we have reached a pathological level.

Perhaps we should start speaking the truth again, regardless of the consequences, so that we can start saving lives. We need to engage in rational psychological analysis. We need to call a dangerous person what he (or she) is, whatever his age, ethnicity, immigration status, or hardships suffered. We need to discharge people who do not do their job. We need to fail students who do not earn passing grades. We have to be free to praise success and comment honestly on failure. We have to reward merit and disdain incompetency, ignorance, and bad behavior. We need to be honest with ourselves and with everyone else, no matter how much it hurts.

We won’t be able to stop everything bad from happening, but we surely can do a lot better than we are doing now.

E. Dennis Brod is the author of The Essence of Ethical Pragmatism: The Common Sense Philosophy.