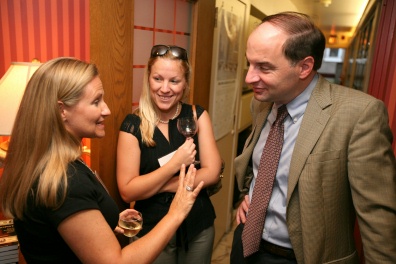 A great friend of the limited government movement, Dr. John Berthoud, has died. Berthoud was president of the National Taxpayers Union. Here is a statement from NTU:

Pete Sepp, Vice President for Communications, shared his surprise, “John Berthoud’s death today was as sudden as it was shocking and saddening to all who knew him. His colleagues found him in peace at his home today. All of our staff, just as the entire policy community in Washington, are doing the best they can to cope with an irreplaceable loss.”

We give our sincere condolences to his family and friends and hope you will pay tribute with comments to our blog and facebook group. Sepp continued, “John was a true 21st century Renaissance man. He was a teacher, a mentor, a respected intellectual, and a lover of life. That’s what makes his passing all the more tragic.”

Though we mourn the loss of a man and celebrate his amazing life filled with love, study, travel, and leadership, his cause and a hope for a brighter future lives on. We will press on with purpose and be thankful for his contributions to our own journeys.