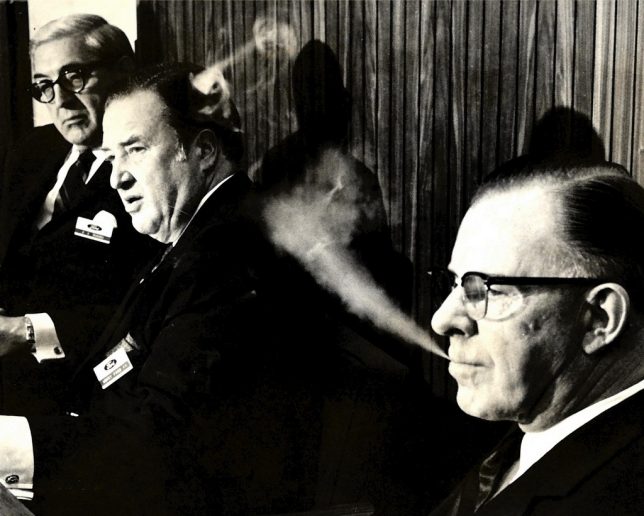 This article originally appeared in Philanthropy Daily, May 30, 2018.

It’s one of the critical moments in the history of philanthropy. In 1976 Henry Ford II resigned as a trustee of the Ford Foundation. His resignation showed the degree to which the foundation had drifted away not only from his goals and ideas, but those of his grandfather whose entrepreneurial genius made the Ford Foundation possible.

The younger Henry Ford’s resignation also marked a split between the Ford family and the Ford Foundation which has only been partially reconciled in the past five years by the foundation’s current president, Darren Walker.

Joel Fleishman, a professor of law at Duke University, tries to muddy the waters with this post at the HistPhil website, excerpted from his new book Putting Wealth to Work.

According to Fleishman, “a number of persons in philanthropy, animated by conservative leanings, seized on Henry Ford II’s resignation from the Ford Foundation and succeeded in making it an emblematic example of a major foundation’s departure from donor intent.”

He then goes on to say Henry Ford II’s resignation was “popularized by ideological groups with an axe to grind,” by which, at least in this excerpt, he seems to mean the Philanthropy Roundtable.

I have never met Fleishman, and I think the reason is deliberate on his part. In a 2007 review for the Stanford Social Innovation Review, the late Rick Cohen of Nonprofit Quarterly reviewed Fleishman’s The Foundation and my Great Philanthropic Mistakes and noted that many of the cases Fleishman sees as successes I see as failures. He suggested it would be a good idea for groups to have Fleishman and I debate each other on panels. No debates have ever happened.

It now appears that Putting Wealth to Work and my donor intent book, which is now called How Great Philanthropists Failed and You Can Succeed at Protecting Your Legacy, take opposite conclusions when discussing critical moments in American philanthropic history.

Fleishman does not mention me in the excerpt, and I can’t speak for the Philanthropy Roundtable. But I note that my book has gone through four editions since it was first published in 1994. As a historian, I don’t believe in axe-grinding.[1] I believe in telling stories about the past and letting my readers draw their own conclusions. I also believe in promptly correcting factual errors, but I have never had anyone say that anything in my donor intent book is inaccurate.

I have fourteen pages in my book discussing Henry Ford II, and I think we have a good sense of what he believed in and what his ideas were. We need to begin with a sense of the first Henry Ford’s philanthropy.

The best source for learning about the philanthropic ideas of Henry Ford is William Greenleaf’s 1964 book From These Beginnings. According to Greenleaf, Henry Ford donated $37.6 million to charitable causes during his lifetime. That was about a third of his income, at a time when millionaires typically donated five percent of their income.

Henry Ford II became chairman of Ford Motor in 1945. Two years later, his grandfather died. The Ford Foundation, created in 1936, was now fully funded. And the foundation was created with no restrictions on what it could do.

The best explanation Ford gave was in the testimony he gave to the Cox Committee investigating foundations in 1952. “We thought,” Ford testified, “that the amount of funds that would be available in this public instrument would be of such magnitude that it would hardly be right for one family to have the decision as to the distribution, in how they should be spent for educational, charitable, and scientific purposes.”

Ford had many complaints about the Ford Foundation’s grantmaking and its management.

One of these complaints, according to Peter Collier and David Horowitz’s The Fords, concerned an effort in 1973 to give money to the Henry Ford Hospital, a favorite cause of Henry Ford. The hospital was serving the poor of Detroit, but was in a bad neighborhood and needed cash. Benson Ford asked the foundation to help the hospital three times, and was refused. When Henry Ford II asked Ford Foundation president McGeorge Bundy to help the hospital, but was told, “Giving to hospitals is not part of our program.” Cristina Ford, Henry Ford II’s wife, then went to Bundy and said, “How can you do this? Do you forget that the old man left three billion dollars to the foundation? He gave it to you instead of his own children!”

Eventually Robert McNamara, a member of the Ford board, convinced Bundy to change his mind. The Henry Ford Hospital was awarded $100 million, but Bundy said the grant was “terminal.”

I mention this episode because Fleishman tries to explain away the resignation letter by calling it “donor neglect” and saying it has nothing to do with donor intent. But a major reason why Henry Ford II resigned was about donor intent, and Fleishman ignores the Henry Ford Hospital episode.

The Philanthropy Roundtable has posted Henry Ford II’s resignation letter here. Rather than summarize it, I’ll quote a section I thought was quite wise:

“It may be the fate of any large institution over time to turn more and more inward in its thinking processes and gradually to foreclose itself from outside influences. I detect this to some degree in the foundation, particularly among staff people. It’s a danger sign. The ‘not invented here’ attitude robs an organization of the benefits of new thinking and should be fought at every turn.”

Henry Ford II’s resignation inspired John Olin to put term limits on his foundation. As John J. Miller’s The Gift of Freedom shows, the term limit enabled the John M. Olin Foundation to be more successful than it would have been as a perpetuity limiting its grants to five percent of its endowment.

Donors have two choices with their fortunes. They can either create term-limited foundations that spend money on causes donors prefer, or they can create perpetual foundations that, with very few exceptions, are captured by people who did not know the founder and can be ideologically opposed to the founder’s ideas.

What worries Fleishman and his allies are that donors are, increasingly, taking the principled step of creating limited-life foundations. 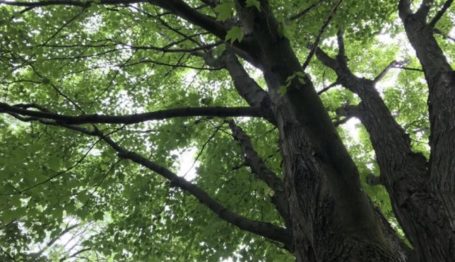