As University of Kentucky law professor asks, “Why are we focused only on universities?” 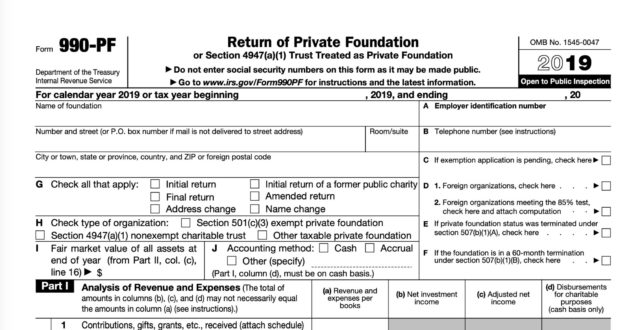 University of Kentucky law professor Jennifer Bird-Pollan’s in-depth examination of the Tax Cuts and Jobs Act of 2017’s first-time excise tax on the investment income of certain college and university endowments in the Pepperdine Law Review has potentially important implications for the underlying legal structure and practice of philanthropy in America.

Influential former top Senate tax-policy counsel Dean Zerbe told The Giving Review in April 2020 that “the college excise tax was a big wake-up call. If those in education were surprised by that,” he added, they were “just not paying attention. People are just furious at the colleges and universities across the board, from Harvard on down.”

Specifically, passed by a Republican-controlled Congress and signed by a Republican president, the 1.4% tax is imposed on private universities whose student bodies are majority U.S. citizens, where over 500 are tuition-paying, and where total assets exceed $500,000 per student.

According to Bird-Pollan’s new “Taxing the Ivory Tower: Evaluating the Excise Tax on University Endowments,” “[w]hile it is a relatively small tax, this new law is a first step towards the exploration of taxing non-profit entities on the vast sums of wealth they hold in their endowments.”

While it may or may not yet be at the level of outright fury that Zerbe describes in the higher-education context, there has been and sure seems to be a bubbling discontent on the part of many with well-endowed philanthropy in the U.S.—and increased, cross-ideological momentum for aggressive philanthropy reform more broadly. Here too, if those in establishment philanthropy—or Big Philanthropy, or “woke philanthropy”—are surprised by that … well, they’re just not paying attention either.

“One might say this excise tax, because it is only focused on the income produced by investments, and not on the income earned or received by the charity that is then invested in the endowment, doesn’t go far enough,” Bird-Pollan notes.

If we believe the rationale for imposing the excise tax stems from a distaste for excessive accumulation on the part of these wealthy universities, perhaps we should take the rationale even further. Why are we focused only on universities? Could the same rationale be used to impose a tax on hospitals? Museums? Other wealthy non-profits? And why stop at the imposition of only a 1.4% excise tax on income produced by the endowment? Why not tax all income produced by the non-profit that is not reinvested in the charitable purposes of the non-profit? Seeing the 2017 tax bill’s university endowment excise tax as opening the door to imposing tax as an incentive tool to stop the excessive accumulation of wealth by non-profit entities lets us imagine what else we might see, in particular when driven by a legislature willing to tax the rich.

There’s benefit to paying attention, in the manner Zerbe references, and in beginning to imagine what could be considered, as Bird-Pollan starts to do.

For any such consideration, Bird-Pollan offers several helpful insights. Among them: first, as she describes, “The decision not to tax the net income of non-profit entities is a policy choice by Congress and should be evaluated independently from the policy choice to offer a tax deduction for contributions made to charitable entities.”

It’s possible, in other words—preferable, probably—to contemplate reform of the exemption separate and apart from of the deduction. Reform can be limited to one and not necessarily include the other. Those protective of the deduction needn’t automatically be put off by talk of doing something about the exemption.

Second, it’s also possible to pursue reform of exemption in a targeted way. “Rather than eliminating the income tax exemption from these universities, or imposing tax on university income at the same rate as that imposed on taxable entities earning investment income,” Bird-Pollan writes, “Congress chose an alternate model, which reaches only a few dozen universities, exempts significant amounts of income, and imposes a relatively low tax. Perhaps we can view this as a step in the direction of recognizing the importance of taxing concentrations of wealth wherever they are found ….”

In its current form, as she reports, the tax is expected to annually affect only about 40 schools, and they “are among the richest and most powerful institutions of higher learning” in the country.

To the more-aggressive proponents of philanthropy reform, in other words, there may be acceptable incremental advances.

But, and third, Bird-Pollan inserts a caveat that hawkish reformers might like. “Unfortunately, the new tax adds to the complexity of the Internal Revenue Code, arguably unnecessarily, since Congress could merely have eliminated the income tax exemption for these institutions, thereby subjecting them to an existing tax regime,” she observes.

Bird-Pollan’s principal proposal is to “incentivize universities to spend their investment income in furtherance of their charitable mission” by “the imposition of a tax on the amount earned through the endowment that exceeds amounts spent on university operations or invested in capital assets that are used towards the university’s charitable purpose.” And she expresses receptivity to a “preference for current charitable activities over future ones,” a philanthropic analogue to which has long been part of the discourse about grantmaking policy and practice.

The Tax Cuts and Jobs Act’s excise tax “opens the door to a discussion of whether it is time to treat universities’ endowments more like the private equity funds they increasingly resemble,” Bird-Pollan concludes. “Perhaps this first move will set the stage for a more robust discussion of the taxation of university endowment income in the years to come.”

And maybe other huge charitable endowments, as well. Along with other philanthropy-reform options—and with the same seriousness Bird-Pollan accords charitable purpose—robust discussion about them is well worth having, no matter which party controls Congress now or in the years to come.

This article originally appeared in the Giving Review on July 22, 2021.