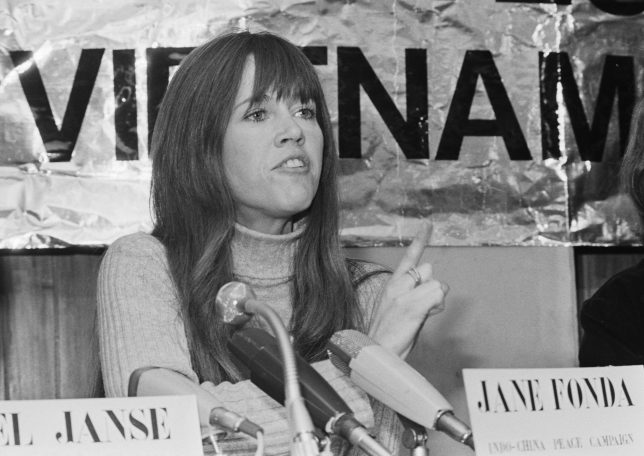 The minimum wage has long been a hotly debated aspect of the economy. Recently, this fight came to Washington, DC with Initiative 77, an immensely controversial attempt to raise the minimum wage for tipped restaurant workers.

Currently, the minimum wage in DC is $12.50. However, that isn’t the minimum wage for all workers. Restaurant workers who receive tips, earn the tipped minimum wage of $3.33, and these employees consistently earn far more than the minimum wage because of their tips. (If they don’t make the minimum wage, employers are required—by law—to make up the discrepancy.) In DC, most servers make around $20-$40 an hour in tips.

Initiative 77, introduced earlier this year through the efforts of union-connected advocacy groups, will require employers to pay servers a flat rate of $15.00. Servers will still be permitted to collect tips in addition to this minimum wage. That’s an increase in labor costs of 350 percent!

The ballot measure passed in the DC’s primaries in June. But in an unusual move, the DC City Council (with the support of Democratic Mayor Muriel Bowser) introduced a bill to repeal Initiative 77. It’s likely they were influenced by the opposition to the legislation that came from none other than industry workers were supposed to benefit from the wage hike. Instead, these tipped employees feel they would lose their tipped income. (Some of these employees shared their opinions in a video shared by the Save Our Tips coalition, supported in part by the DC restaurant industry.)

This repeal bill will be voted on once the City Council returns to session in the fall. That hasn’t quieted the debate, however.

Actress Jane Fonda made headlines in July when she added her voice to this conversation. Famous for her decades-long career in film and television (as well as her home workout videos), Fonda gained a different kind of notoriety during the Vietnam War for her blatantly anti-military protests. She has long used her career as a platform for political activism and is now turning the Initiative 77 debate into one about women’s issues, suggesting that, “Initiative 77 cuts sexual abuse in half and allows women and other restaurant workers to be less vulnerable.”

The claims espoused by Fonda are straight from a report released in 2014 by the Restaurant Opportunities Centers (ROC). However, Fonda ignores the statistics that indicate that women are more likely to experience sexual harassment from their co-workers than they are from guests—even when not working for a tipped minimum wage.

Even more concerning than omitting that important detail, however, is the fact that Fonda attempts to establish the ROC as a reputable authority. The ROC has a long history with the Service Employees International Union (SEIU) and other labor unions that promote employment mandates and regulations. In addition to receiving funding from the SEIU, the ROC joined the union in the “Fight for 15” minimum wage campaign. The ROC also received funding from the left wing Ford Foundation and George Soros’ Foundation to Promote Open Society.

Fonda is not doing Hollywood any favors with this obvious hypocrisy and ignorance. Historically, Hollywood stars have overlooked abuse within their own industry and have protested minimum wage hikes when it harms their own personal interests. Furthermore, evidence suggests that tipping and sexual assault may not even be related.

Fonda’s claim that she “[stands] with working women” smacks of irony. As the daughter of Oscar-winning actor Henry Fonda and socialite Frances Seymour Brokaw, Fonda launched straight into a modeling career after studying art in Paris. With this privileged upbringing, Fonda has never needed to work a minimum wage job and thus, could not possibly relate with the “working women” she claims to support.

Everyone is entitled to their opinions, but no one is entitled their own facts. Having a star on the Hollywood walk of fame does not establish Fonda as an authority on an economic issue—even if she chooses to frame it as a social issue.

Those who actually work in the restaurant industry are revealing the truth behind the Initiative 77 debate. Chef Jose Andres is one of the most successful chefs in the world and owns several restaurants in the DC area. The James Beard Foundation named Andres Humanitarian of the Year for his work in Puerto Rico following the devastation of Hurricane Maria in September 2017. But the famed chef strongly opposes Initiative 77.

Many nuances of the DC minimum wage and the possible consequences of Initiative 77 were withheld from the public in order to simplify the debate as much as possible. As a result, this fight doesn’t accurately portray the reality for DC restaurants.

While Andres does not debate the need for wage equality in the restaurant industry, he does criticize the way in which Initiative 77 was presented to voters. In a statement released to Washington’s City Paper, Andres commented: “Restaurant owners have few ways to offset increased costs of doing business and successful ones know that raising prices is always the choice of last resort.” But that’s what restauranteurs will have to do if the base minimum wage is increased for tipped workers; the general overhead cost of the restaurant will substantially increase. This cost will be passed on to consumers, who will be less likely to tip as a result.

Fonda claims that Initiative 77 will not take tips away from workers. But when the restaurant employees themselves are willing to lobby the DC Mayor and City Council in favor of keeping the tipped wage law unchanged, you have to wonder how much credibility the actress has.

In his opposition to eliminating the tipped wage, Chef Andres further reminded voters that “Increasing the tipped minimum wage will only make the current wage disparity more extreme and place downward pressure on small business margins.” He encouraged lawmakers to look for a long-term solution, not merely a simplistic fix for wage inequality that will ultimately harm small businesses and the restaurant industry as a whole.

The cities of Seattle and San Francisco have passed laws similar to the one proposed by Initiative 77, and the results are not favorable for workers. In San Francisco, Harvard researchers found that, for every one dollar increase in the tipped minimum wage, a median rated restaurant was 14 percent more likely to close. Additionally, trends in these cities show that businesses are prioritizing high-skilled workers and eliminating jobs that require minimum wage labor. Tipped employees have even organized into a group called Restaurant Workers of America to help protect the tipped wage.

This evidence and the opinions of actual tipped employees are simply ignored by activists such as Jane Fonda, who would rather spew the talking points of the labor-union-like Restaurant Opportunities Center (ROC).

The voices of Hollywood’s elites are drowning out the truth, an unfortunate cycle that seems to repeat itself time and time again. Even more painful is Hollywood’s effort to re-frame economic issues as social issues and framing Initiative 77 as a policy to help servers, when in fact, it hurts them.