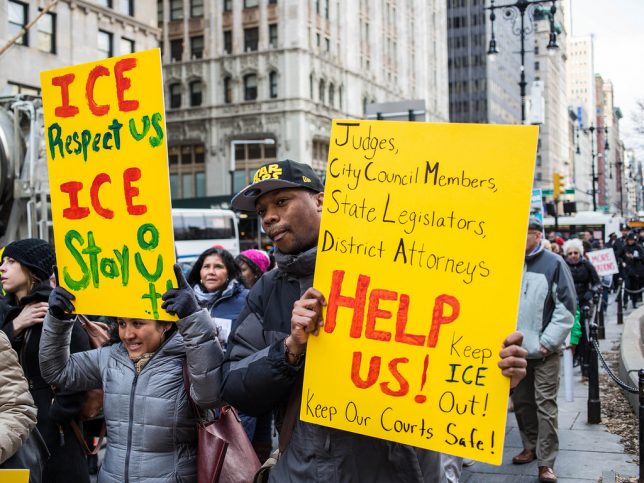 What began as a candlelight vigil outside of the Portland Immigration and Customs Enforcement (ICE) office in response to the publicized zero-tolerance immigration policy has spiraled into a nation-wide protest in support of the illegal immigrants at the U.S. southern border. These protests have cropped up in cities such as Detroit, Los Angeles, and New York as the outcry against the zero-tolerance policy grows louder and louder.

While the various opinions concerning the morality and legality of the current immigration policy are dividing our nation, no one is debating that these protestors have a First Amendment right to speak their minds.

However, the organizations and people behind these protests are fighting for a much darker ideological agenda under the guise of the immigration debate. That fight is aimed directly at the very foundation of the United States.

While Direct Action Alliance does not have a website, their Facebook page heavily hints at their convoluted agenda to “respond to the rise of fascism in America.” And this rise of fascism, according to Direct Action Alliance, seems to directly correlate with the presidency of Donald Trump. For instance, their first profile picture was posted on November 12, 2016, only a few days after Trump’s unprecedented victory in the 2016 presidential election and suggested at a coming resistance movement. 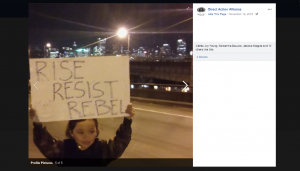 While the timing of this picture could, perhaps, be coincidental, other posts leave no questions about the agenda or political leanings of the Direct Action Alliance. Posts about one-sided police brutality, Palestinian oppression, and LGBTQ rights reveal their left-wing ideology. More concerning, however, is the fact that they share posts by Rose City Antifa, one of the oldest Antifa chapters in the United States.

While this link is indirect, the connection between Antifa and the Occupy ICE protest in Detroit is less circumstantial. News coverage notes that the Great Lakes Antifa is one of the groups directly involved in this protest.

Last year, Antifa was condemned by U.S. Department of Homeland Security (DHS) as “domestic terrorists.” Antifa was also partially responsible for last year’s violent clashes in Charlottesville, Virginia. Yet, the media has remained curiously silent about the groups that are behind the Occupy ICE protests.

Other groups associated with Occupy ICE are connected with anarchism and socialism, including the Metropolitan Anarchist Coordinating Council (MACC) and the Democratic Socialists of America (DSA). Itsgoingdown.org, an anarchist media hub, also highlighted the Occupy ICE protests.

Both MACC and DSA openly reject the principles of capitalism, and anarchists, by definition, believe in the abolition of all forms of government. Antifa constantly attempts to suppress the speech of those with whom they disagree, often resorting to violence to silence their opponents. Clearly, the involvement of these groups in the Occupy ICE protests is about much more than protesting immigration. It’s about furthering an agenda. And unfortunately, this agenda is one that undermines the very principles and freedoms that set America apart from the rest of the world, including capitalism and freedom of speech.

The media continues to promote the message of the Occupy ICE protestors—a message that is indisputably protected by the First Amendment. However, no coverage is given to the extreme nature of many of these groups, which is a cause for deep concern. It’s time for Americans to start paying attention to the messenger as well as the message. If they don’t start paying attention soon, it may be too late to counteract this coalition’s dangerous agenda.