Is the Democracy Corps Stanley Greenberg’s Pass-Through… For Himself? 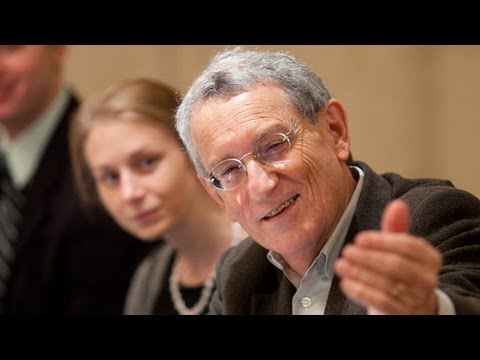 According to federal filings, the Democratic 501(c)(4) polling group Democracy Corps raked in $961,477 in contributions in 2014. It also spent $848,740 on focus group research… from its president’s polling firm.

Greenberg Quinlan Rosner Research (GQRR) is a Democratic polling and surveying firm based in Washington, D.C. Stanley B. Greenberg, a founding partner, is also president of Democracy Corps, a group he founded with liberal political consultant James Carville in 1999. Democracy Corps is well-known and regularly cited in left-wing circles for publishing public opinion data used by Democratic Party candidates and issues.

Greenberg is a former Bill Clinton and Al Gore consultant, and is highly connected within the progressive elite. (Watch a characteristically frenetic Elizabeth Warren praise his 2015 book, America Ascendant, here.)

To be fair, GQRR and Democracy Corps often present their research together, and make no effort to conceal their close working relationship. Federal filings show shared, or at least closely connected, staff between the two groups; Nancy Zdunkewicz, for instance, is listed as Democracy Corps’s treasurer (her LinkedIn profile lists her as the group’s Managing Director). Zdunkewicz, a former congressional staffer, previously worked as a project coordinator for GQRR.

But the nearly $849,000 paid by Greenberg’s nonprofit to his for-profit enterprise—while not illegal—raises ethical concerns. Democracy Corps prides itself on providing free research, yet this free data also enriches Greenberg and his polling firm with lucrative contracts.

Despite its claims to nonpartisanship, federal filings show the group has made significant financial contributions to political campaigns and advocacy, including $41,968 to support Democrats and $78,266 to oppose Republicans in the 2016 general election.

It’s important to note that Greenberg Quinlan Rosner Research’s relationship to Democracy Corps is not illegal; but it does raise some questions about why the firm bothers with this arrangement. Why use a nonprofit for paid research that Greenberg’s firm already conducts?