International Aid Groups and Haitian Coffee Farmers: why the best way to help the poor is to listen 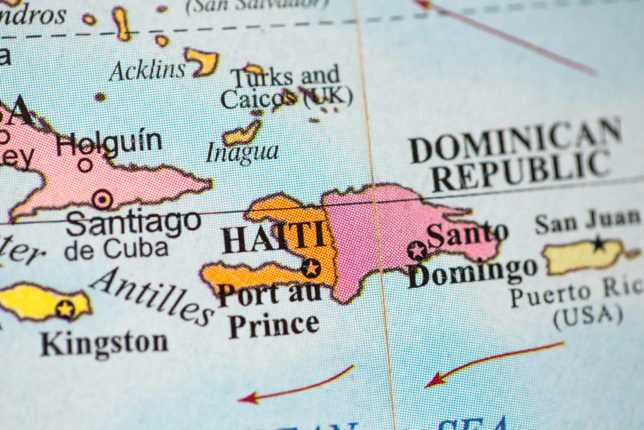 Ian Williams, in his history of rum, explains that in the 1980’s there were only two businesses in Haiti that were productive. One was the Barbancourt rum distillery, which produces some of the world’s great rums. Barbancourt’s products are aged for decades, and rum is one of the few products that improves by sitting out in the hot tropical sun for long periods of time. The distillery figured out how to run their company despite electricity being shut off for half the day or longer.

The second business that worked was the hotel across the street from Barbancourt, which I believe is the one Graham Greene wrote about in The Comedians. All the other hotels were dodgy, but this one hotel had figured out how to thrive in one of the world’s most problematic countries.

In a piece at Reason magazine, adapted from his Kindle Single Haitian Coffee Grows on Trees, Tate Watkins, who has worked with Haitian coffee growers, explains the problems Haiti has by looking at how coffee growers in that country are struggling. Since the 1980’s, Haitian coffee production has fallen by half, and coffee exports have dropped by 95 percent to just over 200,000 bags a year, or 0.2 percent of global production.

Nearly everyone in Haiti drinks coffee, Watkins explains, and most Haitians roast their own beans at home the ancient way—cooking coffee beans on top of the stove. (If you want to drink coffee like a Haitian, add sugar while the beans are cooking and then grind the beans and sugar together.)

Coffee is a very good crop for small farmers, because they earn more per acre than most other crops. Moreover, there’s a ready market from coffee geeks who care where their coffee comes from, as well as fair trade organizations that sell products at a premium to consumers who want to combine charity with their purchases.

But that largely doesn’t happen in Haiti, says Watkins. The proof is if you go to that country and look at coffee plants. They’re nearly 20 feet tall, with very few berries. That’s because there’s no incentive for growers to properly grow plants, which can take three years from planting to harvest.

Part of the failure is due to the lack of the rule of law in Haiti. Since the fall of dictator “Baby Doc” Duvalier in 1986, Haiti has been “transitioning” to democracy but has not yet made it to democracy. The proof is that the past thirty years encompasses six five-year presidential terms. But since 1986, Haiti hasn’t had six leaders. It has had 18. If you don’t know who is in charge, you can’t plan, and coffee plantations are a long-term investment.

But aid groups are equally to blame, Watkins charges. Some groups brought in large-scale equipment suitable for plantations in other parts of Central America, but of little use in Haiti, where most farmers maintain tiny plots of land. In addition, most of the equipment was given by an aid agency or a nongovernmental organization. “Because these resources were gifted, farmers have no equity in the venture.” So they don’t maintain the equipment they have been given, because probably another group will come along and replace everything for free.

Rather than trying to create productive enterprises, many coffee co-operatives in Haiti were devoted to “hanging out a shingle that could be marketed to aid groups.” If these groups knew that the U.S. Agency for International Development had grants every year targeted for Haitian coffee growers, “then cooperatives would be silly not to try to get it.”

He notes, however, that some aid groups have begun to work with Haitian farmers to give them the skills they need to grow coffee, instead of giving them what they think they need. Watkins worked with the Haiti Coffee Academy, which trains coffee growers with the skills they need to grow export-grade coffee. Farmers trained by the academy have started selling to La Colombe coffee roasters of Philadelphia, as well as the Allegro division of Whole Foods.

But while Watkins rightly condemns the “know-it-all dogooderism shown by many deep-pocketed visitors” who dump “equipment and dreams on them, regardless of the situation,” Watkins offers little guidance on what Haitian coffee growers do need. Donors can’t tell Haitians what coffee they should grow, but surely they can provide something. Watkins should have had some information on what sorts of aid are appropriate.

Still, he reminds us of a timeless truth: the best way to help the poor is to listen to what they want rather than order them how to behave.