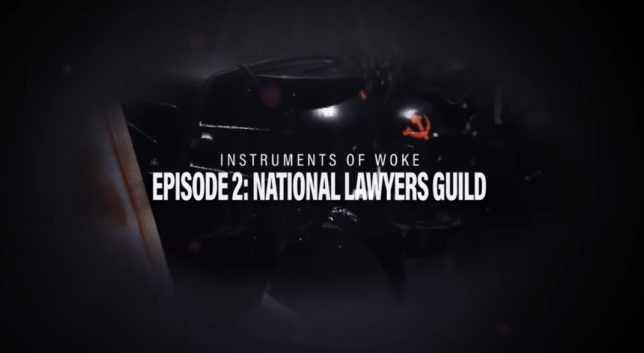 How does the Left achieve their woke goals? Through the instruments of woke like the National Lawyers Guild.

The National Lawyers Guild, a nonprofit association of left-wing attorneys and others connected to the legal profession, has recently received attention for its association with some of the most controversial fringes of America’s political far Left.

Perhaps most notably, this includes the sometimes-violent Antifa (short for anti-fascist) movement. The guild and its local chapters are among the relatively few nonprofits that have publicly supported Antifa’s actions, declaring that “the NLG will continue to support anti-fascists and anti-racists in the street and in the courts, and will not be swayed by the argument that hateful, dangerous speech should be tolerated at any cost.” In his 2021 book Unmasked: Inside Antifa’s Radical Plan to Destroy Democracy, journalist Andy Ngo went so far as to call the guild “in effect . . . the legal arm of antifa.”

The National Lawyers Guild, in fact, has a long and interesting history of serving as the “legal arm” of multiple manifestations of American far-leftism dating back to the 1930s. A profile detailing the guild’s uniquely resilient history of radicalism is now available on InfluenceWatch.

What became the National Lawyers Guild (NLG) had its origins at a meeting of approximately 25 lawyers on December 1, 1936. It was conceived as an alternative to the then-conservative American Bar Association, and was intended to serve as a professional association of left-wing attorneys who supported President Franklin D. Roosevelt’s New Deal policies and the priorities of organized labor. Maurice Sugar, a Detroit-based lawyer who would later become general counsel to the United Auto Workers labor union, had been campaigning for such an association for several years and was instrumental in bringing the idea to fruition.

The NLG’s initial members represented a multi-ideological coalition of the American left. Notable early leaders included American Civil Liberties Union (ACLU) counsel Morris Ernst and future Supreme Court justices Abe Fortas and Robert H. Jackson. President Roosevelt knew a number of the guild’s founding members personally, and sent a letter of congratulations to its founding convention. Indeed, Ernst had reportedly intended for the NLG to function essentially “as the legal arm of the New Deal,” and many of its founding members were active in the labor movement. Find out more: