In looking for truth, breezes over bushes 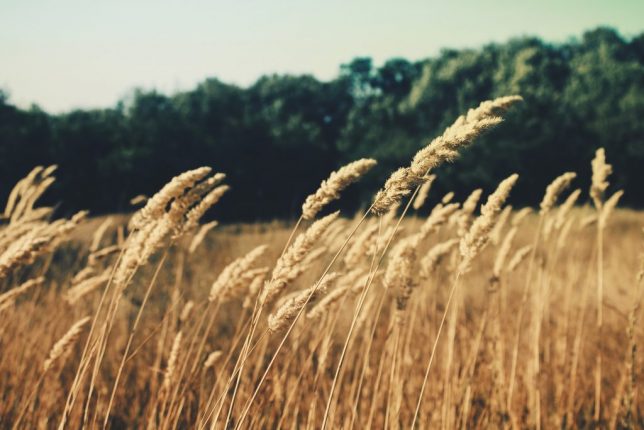 Crossposted from Philanthropy Daily — the article is dated May 16, 2017

The U.S. Department of Education’s Institute for Education Sciences (IES) released new findings on the District of Columbia school-choice program. The “evaluation showed that students who received a voucher did 7.3 percentage points worse on math than students who didn’t, while reading scores were not significantly different for the two groups,” according to Frederick M. Hess’ summary, “School choice research is not a weapon,” published at the U.S. News & World Report.

“Other noteworthy findings showed that the families in both groups were equally satisfied with their schools, but that parents of voucher students felt that their children’s schools were safer” – a factor having nothing to do with test scores, but rather school culture.

Hess observed that the evaluation’s findings are being (ab)used by both critics and supporters of school choice as weapons to advance their own cause, rather than as the basis for advancing thoughtful discussion.

Hess is a resident scholar and director of Education Policy Studies at the American Enterprise Institute in Washington, D.C.  The Lynde and Harry Bradley Foundation in Milwaukee, from which I retired as vice president for program earlier this year, supports his work.  During my entire three decades there, Bradley also supported many of the school choice research that Hess properly laments as being “weaponized” by both critics and supporters.

“When someone says that a program ‘worked’ (or didn’t), it’s wise to be skeptical,” Hess writes.  “That’s especially true when advocates talk about program success mostly in terms of one-year changes in reading and math scores – a limited measure, and one that typically ranks rather low among factors parents use to judge school quality.”

This got me thinking about the beginning years of the pathbreaking Milwaukee Parental Choice Program in the 1990s, when much was understandably made by pro- and anti-choice advocates of only a year’s worth of academic performance data or, small year-to-year changes in test scores. If there was any skepticism about early positive results for either side in the debate, it sure seemed suppressed in the heat of the debate. They were attention-getting burning bushes. They were The Truth.

This also got me thinking about 1993, when we received the first-year report of the Bradley-supported scholarship organization, Partners Advancing Values in Education (PAVE). Created in 1992, PAVE literally paved the way for school choice in Milwaukee by helping demonstrate demand for vouchers, privately funding them for low-income parents to use at private schools, including religious schools, during the years’ worth of lawsuits against MPCP. After the program was ultimately upheld by the courts, PAVE continued to help participating parents, students, and schools in the program in many other ways.

As for the 1993 PAVE report, Bradley supported the independent Family Service America (FSA) group to conduct a survey of parents whose children benefited from the first year of the private, PAVE-funded option to choose a school different from their otherwise government-assigned one.  Nine hundred fifty-five parents returned the survey.  FSA also surveyed PAVE-participating schools.

If history matters, the FSA survey for PAVE found that parents often exercised the option out of a concern about the culture of the school to which they sent their children.  “When asked to rate the importance of various reasons for selecting a private school for their child,” according to FSA’s Maureen Wahl in the PAVE report,

“parents rated educational quality of the school as a very important factor (825), followed by financial opportunities available (710), a friendly and welcoming spirit (672), school discipline (665), frustration with public schools (581), location of the school (557), availability of the PAVE program (465), special programs available at the school (424), other children attending the same school (311), and other reasons (162), including safety, avoiding a long bus ride, and moral teaching ….”

Far from burning bushes, most of these considerations would be in a “gentle-breeze” category.  They, too, are true.

If memory serves, not as much was made of these parental concerns about (and satisfaction with) school culture as the annual test score results that were to come.  Important aspects of day-to-day culture were never “weaponized” all that much in the heat of battle – but they clearly mattered, maybe even more than test scores, to parents who were part of it.

The newly released IES report on the D.C. program similarly finds that it

“had a statistically significant positive impact on parents’ perceptions of safety at the school their child attended in that first year.  Parents of students who were offered or used the OSP scholarships were more likely to indicate that their child’s school was very safe, compared with the parents of students not selected for the scholarship offer.”

“Research can often wind up short-circuiting plain old common sense,” Hess concludes.  “Claiming the imprimatur of research masks our uncertainty, shuts down fruitful discussion and blinds us to real-world complexity. …  That’s not good for public debate and it’s not good for schools or students.”

More should perhaps be made of finding truth the way Elijah found God, in the real world’s gentle breezes rustling through the leaves.  The hot, high-profile burning bushes in which Moses saw Him get their day.

Daniel P. Schmidt retired as the vice president for program of The Lynde and Harry Bradley Foundation in Milwaukee earlier this year.