The Annenberg Challenge didn’t work to improve public schools, and educational grantmaking continues to flounder when it’s too monolithic. The first in a two-part series. 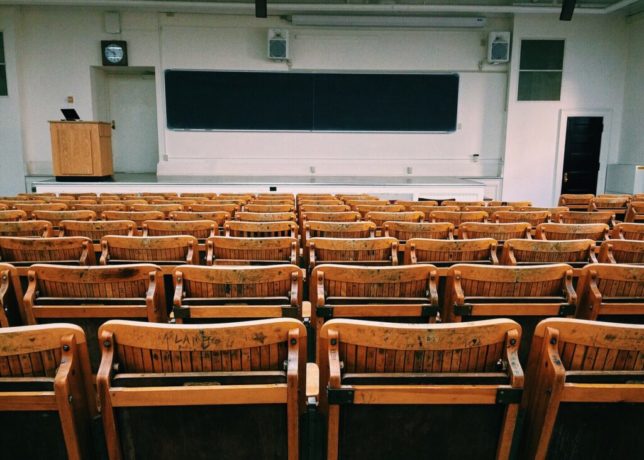 This article originally appeared in Philanthropy Daily, on July 8, 2019.

Suppose you’re a donor who wants to give money to schools. What’s the best way to do it? Frederick M. Hess and Brendan Bell of the American Enterprise Institute offer some suggestions in an article for Global Citizenship Review.

Hess and Bell remind us that the classic bad example of education philanthropy is the Annenberg Challenge, which ran from 1995 to 2001. In my book Great Philanthropic Mistakes, I discuss how Annenberg was prodded into giving by Philadelphia Inquirer columnist Steve Lopez, who wrote that he visited Philadelphia schools and found them destitute. Among other examples, Lopez writes, “I’d been to a school in Philadelphia where teachers told me about having to take money out of their pockets to buy supplies.”

Annenberg then announced he was going to give schools $500 million in five years, telling the Philadelphia Inquirer that he was doing this because he was worried about “11-year-old children shooting 11-year-old children, bringing knives and guns to school” and that by giving a large sum, “I wanted to give an amount large enough to startle public and private leaders.” But Annenberg biographer Christopher Ogden said that Annenberg gave little guidance in how his money should be spent, “so he relied on his formula of picking a knowledgeable, trusted lieutenant and then giving him great latitude.” In the Annenberg case, this lieutenant was Brown University president Vartan Gregorian, who in 1997 became president of the Carnegie Corporation of New York (a job he still holds).

The Annenberg funds didn’t get distributed until 1995 because they were all matching grants. But most evaluations of the program found that the funds did little to change schools. In Chicago, two evaluations conducted by University of Illinois Education Professor Mark A. Smylie found that the average amount of Annenberg funds reaching a school was $47,000—enough to hire a couple of extra aides or upgrade computers, but not much more. In Philadelphia, where the Annenberg Foundation was based, Annenberg money went to organizations that promised to lobby the schools, but the schools remained places where student achievement was so poor that in 2002, after the Annenberg money was spent, the state of Pennsylvania seized control of the city’s schools.

The generation of education funders after Annenberg realized that grandiose schemes to change schools were more limited. But even smaller programs didn’t do very much to improve education. The Gates Foundation spent $200 million on an “effective teachers” program, but a 2018 evaluation by RAND found that changes in teacher training didn’t “achieve its goals for student achievement or graduation.”

But one major lesson education funders learned from the Annenberg failure, Hess and Bell write, is that “there’s little evidence that there is any one right way to give to education or assurance that a given strategy will make a difference for students.”

So some education funders are supporting ways to try many different strategies and hope that some of them work. Hess and Bell think funding for charter schools, supported by the Gates and Walton Family Foundations, has “found more success.”

One reason for this may well be that charter schools have a variety of approaches, some of which work and some of which do not. Again: funding many different approaches is a more effective method of giving than backing a single strategy.

Hess and Bell also look at giving to international education and find three strategies that work:

Finally, Hess and Bell offer two suggestions about how philanthropists interested in education can do a better job.