And relevance, fairness, and honesty, too. 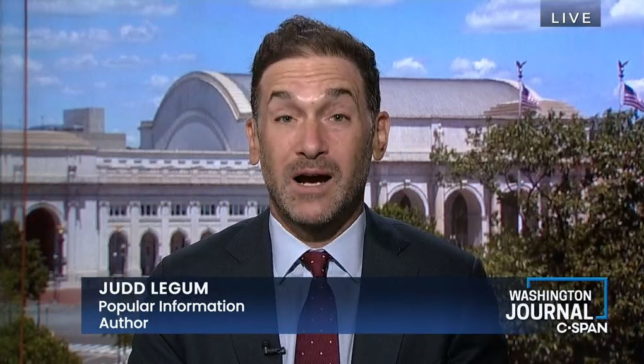 Judd Legum and Tesnim Zekeria’s recent Popular Information article “The Obscure Foundation Funding ‘Critical Race Theory’ Hysteria” is laughably overstated. The only possible excuse would be if the authors are thoroughly ignorant about the nature of philanthropic support.

The “obscure foundation” Legum and Zekeria attack for pushing “hysteria” about Critical Race Theory, or CRT, is the Thomas W. Smith Foundation (which has never donated to the Capital Research Center but is staffed by an old friend, Jim Piereson). In their zeal, Legum and Zekeria misrepresent Smith’s grantmaking strategy and tactics when merely totaling up its publicly reported funding for think tanks that address far more than just the CRT issue.

Although the Smith-funded grantees work on many other policies besides CRT, one can presume Legum and Zekeria would also dislike most of those, too. But it’s unfair, lazy, or both for the authors to label all of the funding as if it went to specifically anti-CRT activities. It would have been more honest for them just to criticize Smith for its basic conservatism, as opposed to reflexively equating conservatism with racism, which is what the authors sure seem to be doing.

Legum and Zekeria also write as if CRT were the main item of interest for the Smith Foundation, justifying this falsehood with quotations from writings by Piereson, the foundation’s top staffer. But Piereson is prolific and writes much—entire books, in fact—on other topics. Thus, their use of tendentious quotations from his work, undergirding their tendentious article on the foundation, are more like disinformation than information. But it’s not exciting to speak the truth: “A mainstream conservative foundation is funding mainstream conservative think tanks and similar grantees, and its top staffer has expressed mainstream conservative opinions on CRT as well as many other disputed issues.”

The authors also ignore two pieces of important context. First, as they well know from reading the publicly available tax filings of the Smith Foundation, it’s not especially large among the foundations that support the same mainstream conservative grantees that the article attacks. Smith’s 2019 assets, the authors note, were $24 million, which is roughly half of the total spending of similar donors like Milwaukee’s Bradley Foundation or Pittsburgh’s Sarah Scaife Foundation.

Second, the real context the article leaves out—no doubt because it casts a mountainous shadow that blots out their rant—is the oceans of cash that flow from pro-CRT foundations. Let’s make two apples-to-apples comparisons to put beside Legum and Zekeria’s grandest claim about the Smith Foundation, which is that “Between 2017 and 2019, the Thomas W. Smith Foundation has granted at least $12.75 million to organizations that publicly attack Critical Race Theory.”

First, note that that grand total covers three years of Smith Foundation grantmaking. So what’s the latest one-year of expenditures by the pro-CRT Open Society Foundations? That philanthropy reports its budget for one year, 2020, was $1.2 billion, or about two orders of magnitude greater than Smith’s three-year number.

Here’s a second actual apple, from among so many one could choose on the left. The pro-CRT Ford Foundation’s 2019 IRS filing says its one-year spending was $660,191,600. That’s less of a disproportion with Smith’s spending than Open Society’s spending: Instead of being two orders of magnitude greater, Ford’s one-year spending is just slightly more than 51 times larger than Smith’s (again) three-year tally.

Of course, not all of that OSF and Ford money went for CRT work, any more than Smith was thinking only of CRT when it supported multi-issue think tanks on the right. But in a just world, Legum and Zekeria would be required to tally up and publish three-year grant numbers for, say, every left-wing foundation in the philanthropy world’s 100 largest foundations.