How Should Philanthropy Respond to America’s “Loneliness” Problem? 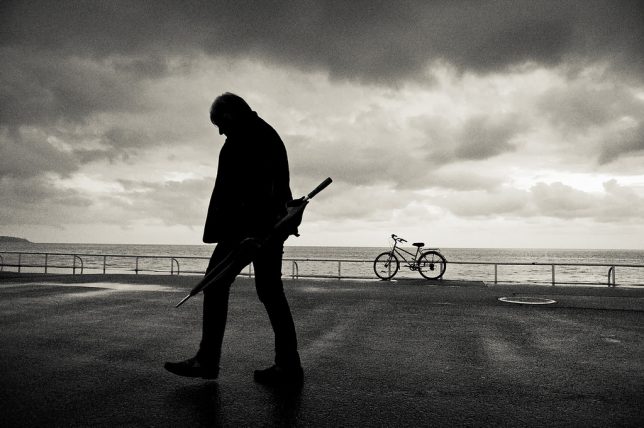 This article originally appeared in Philanthropy Daily on October 30, 2018.

Donors are always looking for social problems they can solve. Perhaps the most talked about social problem in 2018 is the notion that we are suffering from a substantial increase in loneliness.

In Psychology Today, for example, former U.S. Surgeon General Dr. Vivek Murthy, in an interview, not only takes the idea that a “loneliness epidemic” is happening but that among the symptoms of this “epidemic” are increased cardiovascular problems, poor sleep, “reductions in reasoning and creativity,” “suicidality,” “compulsive technology use, smoking, and self-harm.”

Worse than smoking! That’s bad! But is there really an “epidemic of loneliness”?

The Social Capital Project, a think tank that’s part of the staff of Sen. Mike Lee (R-Utah) investigated this question in this post. They conclude that there’s insufficient evidence to conclude that loneliness in America is increasing. The Social Capital Project has issued two reports, which I wrote about here and here. (They’ve just issued a third.) In my view, they produce thoughtful studies about social policy.

The authors note that sociologists periodically write about loneliness in America, in such books as David Reisman and Nathan Glazer’s The Lonely Crowd (1951) and Philip E. Slater’s The Pursuit of Loneliness (1970). They did a Google Ngram search and found that “loneliness” in the Google Books database peaked around 1970 and has fallen slowly since then.

They add that the evidence that loneliness is rising is relatively small. Polls taken by Harris and Gallup over the decades show that the percentage of Americans who say they’re lonely is between 20 and 25 percent, a figure that’s stayed fairly constant.

The studies from the National Opinion Research Center (NORC) show more variability, but two of the times NORC asked Americans how lonely they were after John F. Kennedy’s assassination in 1963 and after September 11, 2001, times when Americans were highly likely to feel bereft. Moreover, the survey researchers who ask about loneliness use different measures that can’t be compared. Some ask if you’re lonely “in the past few weeks.” Some ask about “this week.” Some use a 20-item loneliness questionnaire developed by the University of California (Los Angeles) that gauges the extent to which a person feels lonely. Others use different scales. Some surveys asked people over age 45; others limited their polling to ages 21-59. Because these surveys can’t be compared, the claim that loneliness has doubled since the 1970’s is difficult to substantiate.

The Social Capital Project’s writers pay close attention to a 2006 study from the American Sociological Review in which a team of sociologists led by Miller McPherson used data from the General Social Survey and concluded that the average American’s close friends (or what sociologists call “core discussion partners”) fell from three to two and the percentage of Americans with no close friends rose from eight percent to 23 percent.

They note that ever since this paper has been published there’s been a great deal of debate among sociologists about whether the authors accurately used the data they had and that one of the authors subsequently published a paper that said that he found the claim that 23 percent of Americans had no close friends highly implausible.

Finally, the authors note that there’s some evidence that Americans are less lonely than they once were. A 2015 paper in Personality and Social Psychology Bulletin by a research team led by D. Matthew T. Clark found that college students and high school students who had filled out the Revised UCLA Loneliness Scale between 1978 and 2009 showed a small but significant decrease in loneliness, largely because women had more friends than they used to have.

Given that survey research offers little or no evidence that America is suffering from a “loneliness epidemic,” what should donors do about the problem?

The worst solution would be to have foundations hire consultants who will produce more studies on the problem. Such grants are expensive and produce reports few will read.

A better way would be for foundations to give smaller grants to organizations that would create opportunities for people to meet each other and do useful things. Remember the article I wrote on the men’s sheds movement? Well, these clubs need buildings. They might also need lawyers to help with zoning and rezoning. Both those activities seem to me to be good ways for donors to strengthen civil society.

Using grants to “fight loneliness” is a chimera that is a poor use of philanthropic resources. By contrasts, aid that strengthens civil society—and might, in some way, also deal with loneliness—is a productive use of grant money that should be encouraged.