How pervasive is extreme poverty in America? 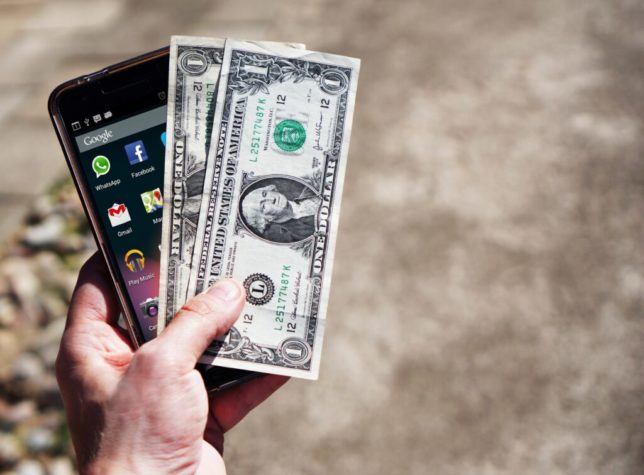 This article originally appeared in Philanthropy Daily on September 25, 2019.

It’s a common complaint that vast swathes of Americans live on less than two dollars a day. But is this research accurate?

If philanthropists are going to come up with effective ways to fight poverty, they need to have accurate information about how many poor people there are in the U.S. That means carefully examining the facts about poverty—and sharply questioning “facts” that aren’t true.

One of these persistent “facts” is that there are millions of Americans living on two dollars a day. This “fact” has been popularized by Princeton’s Kathryn Edin and University of Michigan professor Luke Shaefer, in a popular book and website. But a National Bureau of Economic Research paper by four economists led by Bruce D. Meyer, affiliated with both the University of Chicago and the American Enterprise Institute* sharply questions the idea that there are a massive number of Americans in “extreme poverty.”

How significant is this paper?  Dylan Mathews, writing in Vox says that, although he had previously been a strong supporter of Edin and Shaefer’s views, the paper by Meyer and his associates “has weakened my belief that very low-end poverty increased in the wake of welfare reform” in 1996 and “I’m no longer very confident there was an increase in extreme poverty as a result of the law.”

Mathews notes that Meyer and his associates received funding from the Charles Koch Foundation. But he fails to note that the paper also received support from the Sloan and Russell Sage Foundations and the Social Security Administration.

At issue is the question of how we determine who is extremely poor in America. The Census Bureau’s primary method of determining this is called the Survey of Income and Program Participation, or SIPP. Using data from this survey, Kathryn Edin and Luke Shaefer calculated that at one month in the middle of 2011, 4.3 percent of all non-elderly households in America—1.6 million families, including 3.6 million children—lived in households which received income of under two dollars per day.

The problem is that the very poor in America, particularly since the welfare reform of 1996, do not primarily receive government subsidies through welfare checks. It’s more likely they get funds from housing vouchers and the Women, Infants and Children or the Supplemental Nutrition Assistance Programs (formerly Food Stamps). Meyer and his colleagues cite several studies—not just in the U.S., but also in Canada and the United Kingdom—that show there’s a lot of evidence that the very poor do not report these subsidies when filling out government surveys.

What Meyer et al. did was look at data from the IRS and from the Social Security Administration, which keeps statistics on the amount of self-employment income reported to the government. In addition, the Department of Housing and Urban Development keeps records of people who receive housing vouchers.

Meyer and his colleagues were able to sift through the people who said they had received food or housing subsidies of over two dollars a day or worked in a job where they received at least the federal minimum wage of $7.25 per hour. They then applied an additional test: they eliminated households that had at least $50,000 in assets, including the value of their homes.

Using these adjustments, they find the number of extremely poor people far less than what the SIPP data would tell us. For example, according to SIPP, nine percent of single-parent households are extremely poor. But once you adjust from data from HUD, the IRS, and the Department of Agriculture, they find the number of single-parent households with incomes of fewer than two dollars a day is 0.1 percent, “that is insignificantly different from zero.”

Making similar adjustments to other types of households, Meyer and his team conclude that extreme poverty is “extremely rare” among the elderly, single parent and two-parent families, and couples without children. Only among childless single people, after all their adjustments, is extreme poverty a factor—and then only one percent of single people were extremely poor. All in all, they say, about 285,000 Americans were extremely poor in 2011—252,000 singles and 33,000 from other classes.

The paper by Meyer and his colleagues is significant because advocates of an expanded welfare state say more welfare is necessary because “millions of Americans live on two dollars a day.” In 2016, for example, Senator Bernie Sanders, attacking Hillary Clinton in a debate, denounced her for supporting her husband’s “so-called welfare reform” of 1996 because Edin and Shaefer’s research showed that the number of extremely poor people was steadily rising.

The best poverty fighters have accurate information about the problem of poverty in our country. The paper by Bruce D. Meyer and his colleagues reminds us that we shouldn’t accept statements like “poor people routinely live on two dollars a day” without questioning where these statements come from and whether they are true.