How Occupational Licensing Blocks Employees from Entering the Workforce

Broad occupational licensing laws serve to block too many applicants from the workforce—especially reformed ex-criminals. 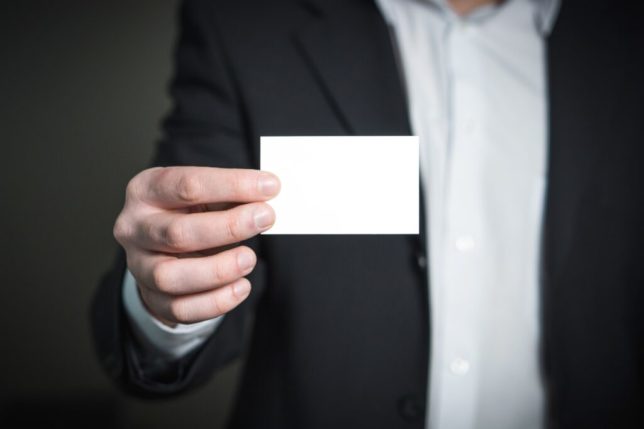 The fundamental problem with occupational licensing produces is when people with jobs use licensing to keep competitors from entering the market. Here you have people out of work who want to start their own enterprises and be productive citizens but can’t because some bureaucrat won’t let them enter the labor force because of absurd restrictions, such as mandating that someone who wants to braid hair has to have hundreds of hours of cosmetology training.

In the past I’ve noted good research on the problems of occupational licensing (and the related issue of certificates of necessity) done by the Institute for Justice, the Pacific Legal Foundation, and even the White House in the Obama administration.

But Washington Post reporter Tracy Jan approaches the subject from an angle new to me. It’s better to have prisoners working than not working. But what if someone released from prison can’t get a job because of an occupational licensing problem? What sorts of reforms are needed?

These barriers hit all sorts of people. The Institute for Justice is representing Courtney Haveman, who spent $6,000 on required training but had her request for an esthetician license denied by the Pennsylvania Board of Cosmetology because they said she lacked the “good character” to be an esthetician because of misdemeanors she committed due to problems with alcohol. She is represented by the Institute for Justice, who notes that the “good character” restrictions apply to estheticians but not to barbers. “Good character has nothing to do with skin care or hair removal,” Haveman’s attorney, Andrew Ward, told the Doylestown, Pennsylvania Intelligencer. (As of October 2019, no decision had been made on the Haveman case.)

Jan’s Washington Post piece focuses on Rhode Island, a small state with one large prison in Cranston. She interviews several former prisoners, beginning with Meko Lincoln, who was guilty of 16 crimes over 17 years, including possessing illegal drugs, resisting arrest, destroying property, and violating parole many times.

“The problem with you, Mr. Lincoln, is that when you go to the dark side, you go big,” Superior Court Judge Kristin E. Rodgers said in a 2016 court hearing.

Lincoln says that he is now sober and has spent 500 hours training to be a peer recovery coach, helping other ex-addicts recover from drugs. He wants to be a chemical dependency technician, which would mean he could make $50,000 a year instead of $25,000. But without a license, he couldn’t get the higher-paying job.

Rhode Island even has cases where inmates are being trained for jobs they then can’t enter once they’ve been released because they are felons. Jorge Henriquez is training to work repairing heating and air conditioning. Instructor Bill Okerholm says he’s trained about 250 people but while the union that represents plumbers, pipe fitters, and refrigerator technicians says it will accept felons as apprentices, he can’t think of anyone who took one of his classes who went on to get a license.

There is no one in Jan’s piece who is quoted as saying that strict occupational licensing bans on former prisoners are a good idea. The closest she came was in a discussion of a bill considered by the Rhode Island General Assembly last year that would have limited licensing denials to “people whose crimes directly relate to an occupation.” The assembly introduced an amendment that would impose a blanket licensing ban on violent criminals, and the measure then died.

“Some state agencies expressed concerns that were valid and couldn’t be disregarded,” House Speaker Nicholas Mattiello said in a statement. But Mattiello declined to be interviewed, so we don’t know what these “concerns” were.

One problem that occupational licensing bans have is that they’re based on vague definitions in state laws. A report from the National Employment Law Project (funded by the Open Society Foundations and Public Welfare Foundation) notes that Utah says licenses are denied to people who commit “a crime that involves actions knowingly contrary to justice, honesty, and good morals.” Vermont says that licenses can be denied for “unprofessional conduct,” which includes the “conviction of a . . . felony, whether or not related to the practice of the profession.” The National Employment Law Project says such vague definitions lead to “blanket bans,” where review boards routinely reject anyone who has served time, preventing them from getting a license for anything.

But Arizona State economist Stephen Silvinski, in a 2016 paper, says it’s far more likely that former prisoners who are denied licenses end up back in prison than they are staying in the labor force.

Obviously some barriers should remain, but they should be limited to prohibiting people convicted of crimes from re-entering the profession that enabled them to commit the crime. It would be reasonable that someone convicted of a white-collar crime be denied permission to, say, become a certified public accountant. But there should be no barriers to a white-collar criminal becoming a plumber or a licensed social worker.

It’s a good rule with occupational licensing to have licenses removed as often as possible from as many professions as possible. This reform, along with an end to blanket bans on former prisoners obtaining licenses, should do a great deal to ensure that former criminals become productive members of the labor force.

This article first appeared on Philanthropy Daily on November 12, 2019.