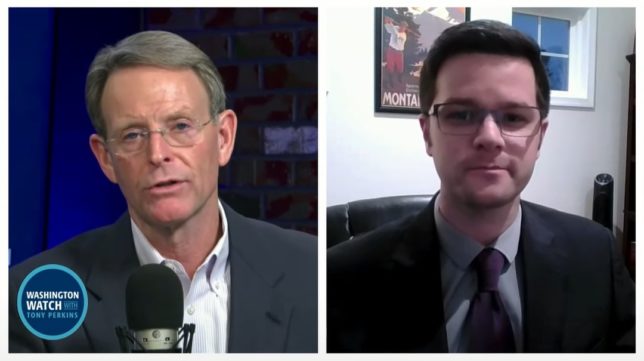 Last week, Hayden Ludwig appeared on Washington Watch with Tony Perkins to talk about a “coalition” of left-wing “dark money” groups that are campaigning to eliminate the filibuster in the U.S. Senate. The coalition sent a letter to Senate Majority Leader Chuck Schumer (D-NY), urging him to eliminate the filibuster so that Senate can pass more of the left-progressive agenda.

The coalition is led by Fix Our Senate, a fiscally sponsored project of Sixteen Thirty Fund, which in turn is part of the Arabella Advisors “dark money” network. In other words, Fix Our Senate is yet another “pop up” group designed to give the appearance of popular support to an issue. In fact, many coalition members are themselves pop-up groups supported through the Arabella Advisors network, making the entire effort an impressive example of astroturf activism.