Home Ownership and the American Dream 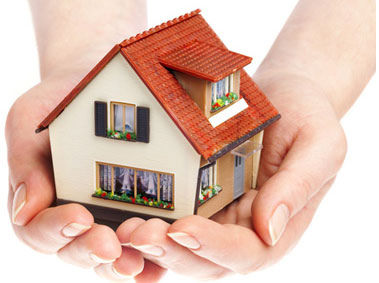 This article originally appeared in Philanthropy Daily on November 15, 2018.

Philanthropist Howard F. Ahmanson, Jr. has done something a little different. In August, he held a conference, honoring the 50th anniversary of his father’s death, called “WWHD—What Would Howard Do?” This was not specifically a conference about donor intent, but one about discussing the problems that Howard F. Ahmanson, Sr. addressed through his business, Home Savings and Loan. Specifically, savings and loans existed to lend people money to buy homes. Who will lend first-time homeowners money today?

The company Howard F. Ahmanson Sr. built doesn’t exist anymore. After his death, the company’s name was changed to Home Savings of America. It was bought by Washington Mutual “who ran it into the ground.” Washington Mutual was smashed during the Great Recession and its remnants are now owned by Chase.

Home Savings of America loaned money to clients living in Los Angeles and in counties immediately surrounding the city. It got that money by offering interest rates slightly higher than banks could.

But a 2014 report from a team of researchers at the University of California (Los Angeles) Luskin School of Public Affairs led by Rosalie Ray found that 52 percent of the homes in Los Angeles were rented. That’s a higher percentage than any other metro area in the US.

Ahmanson thought the most insightful speaker was William Fischel, a Dartmouth economist who studies housing. Fischel, who has written several books about the history of housing and zoning, noted two important changes that led to the idea of homes changing. Prior to the 1970s people thought that homes were like blue-chip stocks; you just held them forever and they were an asset that grew slowly, with the primary value of a home being that you didn’t throw away money on rent. But after the inflation of the 1970s, people thought of homes as growth stocks whose value kept going up and up. “Consequently,” Ahmanson writes, “people became more interested in controlling their neighbors” since they didn’t want anyone in their neighborhoods who would allegedly cause the property values of their homes to go down.

Ahmanson doesn’t give extensive descriptions of the other panels, although the panels are all on Vimeo. His speakers included Hillsdale College historian Allan C. Carlson, an expert on agrarianism and the history of the family in America, who led a panel on the cultural consequences of homeownership. Joel Kotkin, a fellow at Chapman University, discussed changing views of the suburbs. Chapman University law professor Kenneth Stahl and Santa Monica’s city manager, Rick Cole, offered practical ways to reform existing regulations to improve homeownership rates.

I can’t imagine many foundations holding a conference on their founder’s ideas. It’s unlikely that the Daniels Fund would hold panels on the state of the cable industry or the Conrad N. Hilton Foundation discussing needed reforms in the hotel market.

But Howard F. Ahmanson Jr. found an interesting way to both honor his father’s memory and address a pressing public policy problem. That’s an effective way to uphold donor intent.