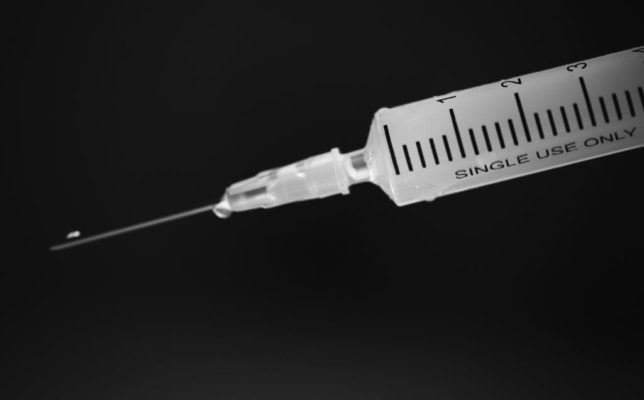 This article originally appeared in Philanthropy Daily on January 17, 2019.

But in Harper’s Magazine, Jeffrey Friedman, who teaches at Rockefeller University, discusses a Nobel Prize that the Rockefeller Institute could have acquired and didn’t. They could have been the organization that discovered that insulin could check the damage caused by diabetes—except they let the researcher who was closing in on this discovery go before he could make the connection.

As Friedman notes, the Rockefeller Institute was a pioneering organization when it was created in 1901. At that time the federal government funded very little medical research, and few other foundations of that era funded as much medical research as Rockefeller did. So when Israel Kleiner joined the Institute’s staff in 1910, he had a rare opportunity to advance medicine.

Diabetes in 1910 was a disease with no cure. Patients with Type II diabetes, usually brought on in middle age from obesity or a sedentary lifestyle, could hang on for a few years. But those with Type I diabetes, which usually happens in childhood, had no cure. Only a starvation diet had limited effects in checking the disease.

In 1889, Oskar Minkowski and Joseph von Mering of Germany’s University of Strasbourg discovered that diabetes had some sort of connection with the pancreas. In 1913 Kleiner and his boss, Samuel Meltzer, injected glucose into diabetic and nondiabetic dogs and found that blood sugar levels in diabetic dogs were three times higher than in nondiabetic ones. They then made a pancreatic extract, injected it into diabetic dogs and found that something in the pancreas ensured that glucose levels remained relatively low.

They presented their findings at the National Academy of Sciences. The New York Times put it on the front page, with a story called “FIND DIABETES CAUSE; NOW FIND A REMEDY.”

In 1915 Samuel Meltzer gave a speech denouncing war as “wholesale murder” and founded the Medical Brotherhood for the Furtherance of International Morality, which enlisted 16,000 doctors in a crusade against war. The Rockefeller Institute decided to devote nearly all of its resources to war work, such as fighting infectious diseases and synthesizing artificial blood. Dr. Flexner became a lieutenant-colonel, and even Meltzer set aside the Medical Brotherhood and became a major once the US entered World War I in 1917.

Israel Kleiner was allowed to continue his researches. In 1916 he authored a paper showing that glucose injected into a normal dog rapidly disappeared. But when the war broke out, he stopped his research and spent the war teaching at Yale.

When peace was declared in November 1918, Kleiner hoped the Rockefeller Institute would return to its pre-war ways. But Dr. Flexner forced Samuel Meltzer to retire, in part because of health concerns (Meltzer had become a Type II diabetic) and in part, “perhaps, to past tensions over Meltzer’s Medical Brotherhood.” Dr. Flexner decided to push all of Meltzer’s staff out so Kleiner was given his dismissal notice.

Dr. Flexner said that Kleiner’s work “is not essential to you or the Institute’s war program…He is not a man the Institute wishes to attach itself to permanently.”

Kleiner was given until the summer of 1919 to find a new job. He eventually settled at the New York Homeopathic Medical College, where he became dean.

Kleiner produced one more paper in 1919 showing that the pancreas created a hormone that regulated glucose and suggesting that extracts from the pancreases of other animals could be used to check blood sugar levels. He went no further and stopped doing research.

Why did Dr. Simon Flexner dismiss Israel Kleiner? Friedman offers several theories. Flexner thought fighting infectious disease more important than other forms of medical research. He may have had resentments towards Samuel Meltzer over Meltzer’s antiwar activities. He may also have disliked Kleiner’s refusal to promote himself and preferred that the Rockefeller Institute only hire publicity-loving stars. “Flexner appears to have been attracted to established stars,” Friedman writes, “and his vision was to find them and bring them there.”

But it’s also true that much of the reasons why Israel Kleiner left the Rockefeller Institute lie in unrecoverable office politics.

Friedman’s important article offers questions the heads of think tanks ought to answer, in particular this one: how do you find the talents in a rising generation worth supporting—and how do you ensure they have enough stamina and drive to let them finish the projects you’ve hired them to produce?