Helping Others Help Themselves: A Citrus Pioneer 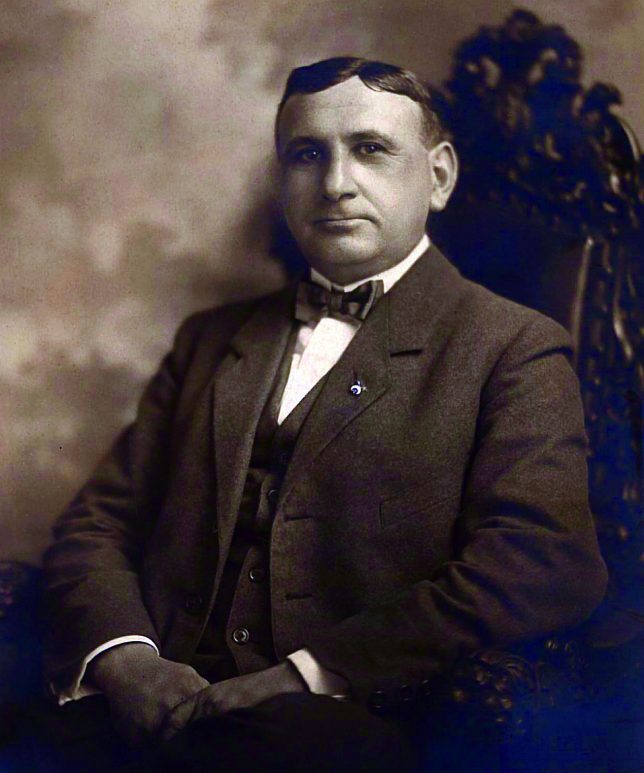 Summary: It’s a rare organization that can begin in humble origins, carve out an identity as a major economic and philanthropic presence, and, for more than sixty years, faithfully embody the entrepreneurship, industriousness, and compassion of its namesake. And yet that’s exactly what Central Florida’s Dr. Phillips Charities has been able to do. This installment of the Doing Good series shows just a small portion of the impact one family’s legacy has made on a community for generations.

Who Was Doc Phillips?

In the 1800s, citrus trees grew wild throughout Florida’s dense forests. In the middle part of the century, early entrepreneurs began to turn the fruit into a profitable business, following the success of some early grove farming in Central Florida. By 1893, the state’s annual citrus production had grown to more than five million boxes, according to Florida Citrus Mutual, a citrus industry trade group.

It was into this burgeoning industry that Dr. Philip Phillips arrived in 1894. At just 20 years old, Phillips, a native of Memphis, Tennessee, had recently received his medical degree from Columbia University. (While little is known about what brought the young man to New York City for his education, he valued learning the rest of his life.)

Yet barely a year after Dr. Phillips (who came to be known as “Doc”) purchased his first orange grove in Satsuma (roughly 90 miles north of Orlando), the region was hit by one of the most devastating freezes in Florida’s history. After two days of below-freezing temperatures destroyed his citrus trees, Phillips returned to his hometown for more than seven years. But he didn’t stay away for long; he regularly returned to Florida and purchased small parcels of land, mostly located in Central Florida’s Osceola County. Finally, in 1902, accompanied by his wife, Della, and his newborn son, Howard (a second son, Walter, was born in 1904), the Phillips settled in Orlando—a move that launched a major citrus empire. Dr. Phillips Inc. would ultimately span multiple counties, including more than 5,000 acres of citrus groves and two packing houses.

A Pioneer in Florida’s Citrus Industry

By 1915, Florida’s citrus industry had rebounded, with annual production in the industry reaching 10 million boxes. Dr. Phillips empire continued growing. At one point, according to a June 2017 Orlando Sentinel article by Joy Wallace Dickinson, Doc’s enterprises sold 100,000,000 oranges from his groves per year. But perhaps more importantly, he helped transform the processing of orange juice that helped drive consumption. Since refrigeration wasn’t common in the 1920s and 30s, the industry had to solve the problem of preserving juice so it could be easily transported and stored. After buying his own processing plant, Doc created and patented “flash” pasteurization, a process that helped eliminate the metallic taste that plagued earlier canning processes. “[B]y 1931,” writes Dickinson, “the Phillips cannery [was] able to produce 24,000 cans of juice every day.”

Doc also excelled at marketing the industry. As described in the biography from his induction into the Florida Citrus Hall of Fame, Doc was the first to sell oranges by the pound, which proved persuasive in live demonstrations showing how much juice could be produced by 10 pounds of fruit. (He even enlisted the help of his college-aged son Howard to showcase their fruit offerings across the Midwest.) Given his medical background and armed with new research showing high levels of vitamin C was present in canned citrus products, the company’s canned products soon carried the label: “Drink Dr. Phillips’ orange juice because the Doc says it’s good for you.” Indeed, Dickinson reports that the American Medical Association’s Council on Foods issued its seal of acceptance on Dr. Phillips’ canned products in the early 1930s. (Many believe these early marketing successes paved a way for later growth in the juice industry, particularly the success of frozen concentrate, by increasing consumer awareness of orange juice and making it synonymous with health.)

The company even took advantage of early cinema technology, including working with the new Technicolor film process, to develop promotional films to expose more consumers to citrus products and the industry.

An Unusual Response to the Agricultural Cycle

While Doc was building his successful enterprise, he quickly learned of the challenging cyclic nature of citrus agriculture practices. Part of the year was incredibly taxing: planting, harvesting, and processing. As the business was growing, Doc even recruited temporary help from as far as the Bahamas. But the remaining part of the year slowed down incredibly, and work dried up. Valuable employees who contributed during the times of heavy production were laid off, and Doc soon realized that he was losing talented employees because of those predictable labor swings.

In the early 1920s, Doc discovered the solution in real estate development. In his years of owning farming acreage, he found that some of his land would not grow citrus, so he soon had the company begin construction of commercial and industrial buildings on those sites. On new properties, the firm added buildings that helped support the various functions of the citrus industry. Rather than hire a new fleet of employees for these ventures, Doc’s construction projects provided employment opportunities for his agricultural workforce during the slow seasons, and the company benefited from the additional income generated by renting out the finished builds.

In addition to stabilizing the work cycle for his employees, Doc provided other amenities for his labor force. He established nearby housing and began building a full-fledged community, including a post office to provide additional services to workers and their families. One of the first of the new construction projects to be built was the Dr. Phillips Theater in what is now downtown Orlando on the corner of Orange and Pine Street. The building still exists today and houses City Arts Factory. Dr. Phillips was the first citrus grower to dust his groves using airplanes. The air strip he used to land his crop dusters is now a gated community called Phillips Landing.

Doc Phillips built a full-fledged community to provide additional services to workers and their families.

For fifty years, Doc and his family built one of the most successful citrus enterprises in the industry. Finally, in 1954—60 years after he first arrived in Florida with a $5,000 endowment from his father—Doc and his family sold the citrus business to Granada Groves, a partnership between Investors Diversified Services and Minute Maid.

In the next installment of Dr. Phillips, we examine how philanthropy and the giving spirit begins at home.

Tags: Helping Others Help Themselves