Hayden Ludwig on the Schiffer Report 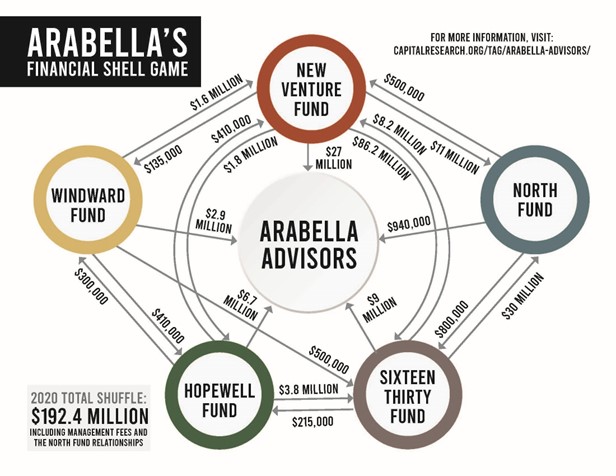 CRC senior investigative researcher Hayden Ludwig pulls back the curtain on the lobbying power of the huge, left-wing network Arabella Advisors in an interview with radio host Paul Schiffer of The Schiffer Report (The Word 1220 am, 96.9 fm).

Ludwig first exposed Arabella’s half-billion dollar empire in 2019 with his report “The Shadow Over America.” Arabella Advisors’ left-wing activist network had operated with almost no scrutiny from the mainstream media for close to 15 years. Ludwig followed the money to hundreds of “pop-up” groups—websites pretending to be grassroots organizations—with unknown funders. These fake grassroots groups lobby for abortion on demand, Obamacare, control of the courts, and gun control—all from the same office in Washington, DC.