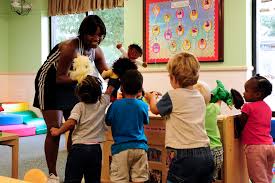 James G. Dwyer is a self-professed liberal academic who supports “massive spending on anti-poverty programs,” as he puts it in his newest book. He is the Arthur B. Hanson Professor of Law at William & Mary Law School in Williamsburg, Virginia, where he teaches Youth Law, Family Law, and Law and Social Justice. The title of his latest book, Liberal Child Welfare Policy and its Destruction of Black Lives, suggests a certain frustration with the state of child welfare in America. Given that he suggests, “Liberals justifiably pride themselves on being compassionate and respectful toward the worst-off in our society,” he is proudly a man of the Left, but his book indicates there are better ways for liberals to approach helping less fortunate children.

Dwyer is very much interested in exploring how America can end the inter-generational cycle of poverty and dysfunction concentrated in America’s major cities. He once worked in New York State as an attorney for children as part of its Law Guardian program. He has “walked the walk” toward his noble aspiration.

His new book is well worth a read for anyone who aspires to help protect children in dysfunctional families. It casts a critical eye on today’s child-welfare policy, harshly critiquing those liberals who have researched, formulated, and implemented that policy. He indicts two prominent liberal foundations in particular for spreading these failed policies: Casey Family Programs, an operating foundation in Seattle, and The Edna McConnell Clark Foundation (EMCF) in New York City.

Liberal Child Welfare Policy and its Destruction of Black Lives courageously frames a dilemma that Dwyer believes social liberals have avoided—the inherent conflict of interests between potentially unfit parents and their young children. When parents and children “within the worst-off families have unified interests, liberals’ concern genuinely extends to children as well as parents,” according to Dwyer.

“But when the interests of parents and children conflict, because parents are not able to care for the children even if they receive what assistance child welfare agencies have to offer, liberals’ sympathies and protective impulses run primarily to the adults.” Dwyer’s dilemma arises when there’s a conflict between a preference for parental custody of children and the parents’ inability to properly care for their children in a safe environment. The preference is not ephemeral; children’s lives are at stake. The impulse to preserve a family is admirable, but should not always be overriding, he argues.

Dwyer points to a long-standing complaint among liberals that “black children, though only 14 percent of the child population in the U.S., compose a quarter to a third of the child foster care population.” The implication is that Child Protective Services (CPS) workers are too quick to place black children in foster care. This racial disparity spurred the liberal Casey Family Programs to support nonprofit organizations and academics in a “Racial Disproportionality Movement.”

Fueled by significant funding from Casey Family Programs, the “Racial Disproportionality Movement” was premised on a belief that white and black children suffer from unfit parents at an equal rate and, therefore, the population of white and black children in foster care ought to be proportional. Created by, but separate from the Annie E. Casey Foundation (AECF), Casey Family Programs had more than $1.8 billion in assets as of 2016.

Casey and its allies “aimed at reducing the rate at which black children are placed in foster care and increasing the rate at which those removed return to parents’ custody,” Dwyer recounts, despite no actual evidence of equal rates of maltreatment (and some evidence even suggesting higher maltreatment rates among blacks). A 2010 federal study “showed definitively that actual maltreatment rates are much higher among African-Americans than among whites and correspond to the different rates of foster-care placement.” The premise of the “Racial Disproportionality Movement” was fundamentally flawed from its inception.

Casey and its grantees and allies “have been fighting for decades an ideologically-driven battle to diminish CPS involvement in family life and correspondingly enlarge parental and community sovereignty over children (especially black children),” Dywer notes.

“These liberal actors, dominant in the child welfare arena,” he continues, have

demanded that state governments adopt, as an explicit goal, reducing the number of black children in foster care—not, improving black children’s wellbeing, but simply more black children remaining in parental custody after maltreatment reports or returning quickly after removal to the custody of parents who abused or neglected them . . . .  And the Casey foundation funds research aimed at showing that various pet projects serve that goal, which Casey-funded researchers routinely mischaracterize as a “child welfare outcome.”

Dwyer’s not done. “In addition to creating a major distraction with the Racial Disproportionality Movement,” according to Dwyer, “liberals have promoted one innovative program after another whose singular objective, and sole measure of success, has been ensuring as many children as possible are in the custody of their biological parents (a measure quite different from improved child welfare).”

AECF and EMCF “have fueled these other movements by funding pilot projects and, most troublingly, their own studies of those projects,” he writes (emphasis supplied). Furthermore, they “enlisted the media in promoting their projects” and “persuaded policy makers to enact supportive legislation or new agency guidelines.” Dwyer contends that these initiatives have largely collapsed and imposed greater risks on children.

They include “intensive family preservation services” and what are called “differential-response” policies. “Intensive family preservation services,” he describes, was “an approach to responding to maltreatment reports many states adopted from the 1970s through the 1990s,” according to which a child would be kept at home and a social worker would provide support services on an intensive basis for roughly six weeks.

“Children who need to be removed from parental custody because of maltreatment are at greatly heightened risk of serious harm” if they remain with their parents “for reasons that cannot be eliminated in six weeks,” he continues, attributing the project’s political success to Casey and EMCF.

Under “differential response”—“[t]he latest liberal bandwagon in CPS practice”—the reaction to a valid maltreatment report is supposed to be to determine whether it should be investigated or otherwise (if it’s a “low-risk” situation) relegated to merely being assessed in a “softer-touch” manner. In practice, “differential response” is relegating a greater number of high-risk reports to the “no-investigation” track and, more importantly, the parents in those reports are the subject of repeat reports at a rate much too high for them to have plausibly been considered “low-risk.”

However, even measuring the effectiveness of such a policy is problematic. Much research on “differential response,” has been “issued by Casey-supported research teams, which have been lambasted by independent researchers as advocacy disguised as science, with severe methodological flaws and unsupported conclusions,” and “has focused on parent happiness as the primary measure of success.” Again, this shows the conflict liberals don’t wish to face. Parent happiness is only part of the equation when considering child welfare.

Informed by this research and influenced by this advocacy, federal legislation has pushed the adoption of “differential response” by states, about half of which have done so.

All foundations, including conservative ones, make mistakes. They can usually literally afford to do so, of course, and therefore they shouldn’t be inordinately fearful of them. However, the children who suffer under particular promoted policies do pay a price. Self-indulgently funding research studies to confirm a hypothesis while underserved children are harmed is an irresponsible use of philanthropic resources. Reducing the population of children in the foster-care system is a laudable goal, but it shouldn’t come at the cost of leaving children in dangerous environments.

Foundations deserve the benefit of the doubt; their motives should be considered in good faith. However, they all—liberal and conservative alike—benefit from at least occasional self-doubt, as well, including about their grantmaking approaches.

Dwyer’s provocative Liberal Child Welfare Policy and its Destruction of Black Lives helpfully provides just such an occasion, for Casey and EMCF in this case. And for all foundations of any and every worldview, the book provides a helpful reminder to humbly wonder whether their missions are actually being met by their strategies and tactics.