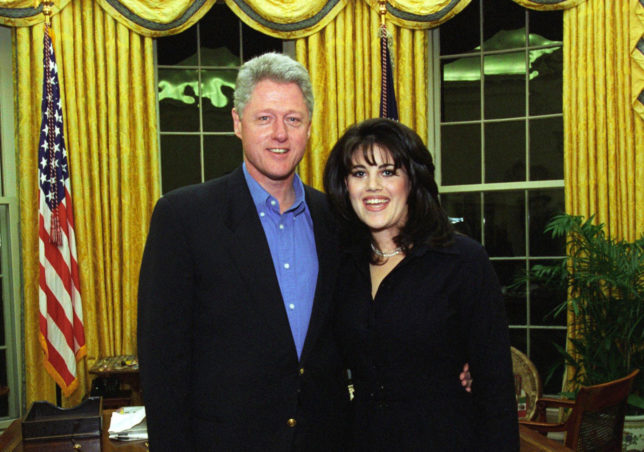 On this day 22 years ago—January 27, 1998—President Bill Clinton was less than a week into public exposure of the misnamed Clinton-Lewinsky scandal when the White House sent First Lady Hillary Clinton to defend him on NBC’s Today Show. Speaking to host Matt Lauer, she let loose an accusation that may be remembered as long as the Clintons are with us, even as the context of her accusation was forgotten almost immediately. Hoping to deflect the media away from the possibility the president had committed perjury and obstructed justice, Ms. Clinton instead blamed a “vast right-wing conspiracy” for the drama at the White House. The First Lady was wrong, and the allegations later led to him becoming the first president ever cited for contempt of court by a federal judge.

A comprehensive new profile of former President Clinton posted at InfluenceWatch.org sets the record straight regarding the birth of the Vast Right-Wing Conspiracy and other frequently misunderstood events from the turbulent Clinton years.

The Lie and the Cover-Up

The true sources of the president’s problem that week were his decision to lie under oath in a sexual misconduct lawsuit filed against him by former Arkansas employee Paula Jones and his attempt to get others to help cover up that lie. Asked on January 17 by Ms. Jones’ lawyers if he had engaged in a sexual relationship with a young government employee—Monica Lewinsky—Clinton denied what was soon proven beyond all doubt. That lie and his cover-up would lead to a federal judge citing him for contempt of court, the surrender of his law license, and his impeachment by the U.S. House of Representatives.

So, the scandal that week was not properly identified as Clinton-Lewinsky, which refers to an extramarital but otherwise legal relationship. More accurately, it was the Clinton-Jones scandal, because it was about lies told under oath by the most powerful man in the world in his effort to ward off a lawsuit accusing him of sexually harassing a subordinate government employee.

This important distinction was lost on Matt Lauer as he questioned Ms. Clinton about it all: “If an American president had an adulterous liaison in the White House and lied to cover it up, should the American people ask for his resignation?”

Hillary Clinton’s little-remembered reply to that hypothetical was dangerously close to “yes.”

And from there she launched into asserting others were responsible for inventing the “serious offense” that would not be “proven true.” Of course, it was proven true (through the judge’s contempt citation) and was a much more serious offense than Lauer’s question implied.

“This is, the great story here for anybody willing to find it and write about it and explain it is this vast right-wing conspiracy that has been conspiring against my husband since the day he announced for president,” said Clinton.

Eighteen years later, when Hillary Clinton was running for president herself, a historically clueless CNN correspondent tossed her a softball question about whether the conspiracy still existed.

“At this point it’s probably not correct to say it’s a conspiracy because it’s out in the open,” Clinton replied, using the opportunity to shred the historical memory of Americans even further. “There is no doubt about who the players are, what they’re trying to achieve. . . . It’s real, and we’re going to beat it.”

Thus, the Vast Right-Wing Conspiracy has become how the friendly media/Clinton hive-brain summarizes its belief that the Clintons are the victims of baseless accusations. But the phrase was created and used to try to cover up allegations that were both true and, by Ms. Clinton’s own clumsy admission, “very serious.”

The late left-leaning journalist Christopher Hitchens wrote a damning (and excellent) book about the mendacity of the Clintons titled No One Left to Lie To. The birthday of the Vast Right-Wing Conspiracy should be commemorated for the creation of one of the biggest whoppers in the batch. Instead, the phrase is inaccurately recalled as if it were a rare instance of a Clinton telling the truth.