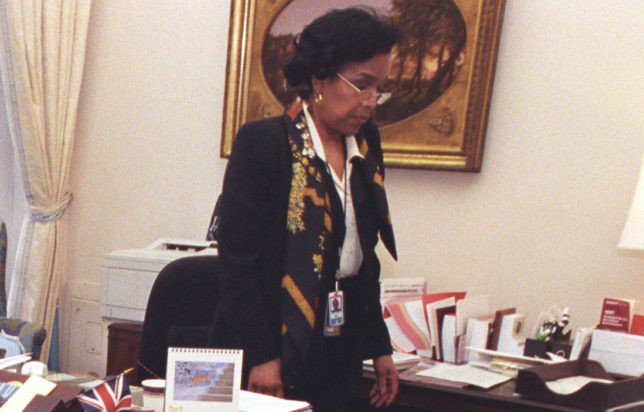 On this date 22 years ago—January 17, 1998—President Bill Clinton provided a deposition in a sexual misconduct lawsuit filed against him by Paula Jones, a former Arkansas state employee. A comprehensive new profile of former President Clinton posted at InfluenceWatch.org sets the record straight regarding the often misrepresented saga of the Jones v. Clinton lawsuit and many other frequently misunderstood events from the turbulent Clinton years.

As I’ve noted before, if you ask 100 people to name the woman at the center of the Clinton impeachment saga, 100 of them will likely blurt out “Monica Lewinsky,” with none giving the most relevant name—Jones. Lewinsky and Jones are just two of many women whose private lives were dragged down in the undertow of Clinton’s narcissistic misadventures. Another is his White House secretary, Betty Currie, who should be remembered because of the integrity she demonstrated after being involuntarily tossed into a whirlwind of lies.

In that deposition 22 years ago, Clinton infamously gave what a federal judge would later describe as “false, misleading and evasive answers that were designed to obstruct the judicial process.” In other words (if we’re speaking like normal people, rather than lawyers), we would say, “When accused of sexually harassing a young woman, the president of the United States went before a federal judge and lied his [rear end] off.”

Clinton’s lies were in response to questions about whether he had a sexual relationship with Lewinsky, a former White House employee—another young woman who like Jones was working as a subordinate. His lies were part of a series of misdeeds that led to:

In addition to giving his “false, misleading and evasive answers” that day, Clinton also named Currie as a witness to his version of the relationship with Lewinsky. This created the possibility of calling the president’s secretary as a witness.

Just three hours after finishing his deposition, and in violation of the judge’s order to not discuss it with any other involved party, Clinton asked Curry to come into the White House the next day—a Sunday—to chat about it.

According to Currie, the President told her what she assumed were “more like statements than questions,” seeking her agreement on assertions he knew to be untrue:

“You were always there when she was there, right? We were never really alone.”

“You could see and hear everything.”

“Monica came on to me, and I never touched her, right?”

“She wanted to have sex with me, and I can’t do that.”

In the presence of her pushy and prevaricating boss, Currie—who was yet another woman working in government as a subordinate to Clinton—says she grudgingly nodded her agreement.

But when subpoenaed before the grand jury, Currie sang a different tune—the truth—and it was backed up by the statements of other witnesses, not least of which was Lewinsky herself.

The first impeachment charge approved by the House of Representatives cited the president for “his corrupt efforts to influence the testimony of witnesses and to impede the discovery of evidence” in the Jones lawsuit.