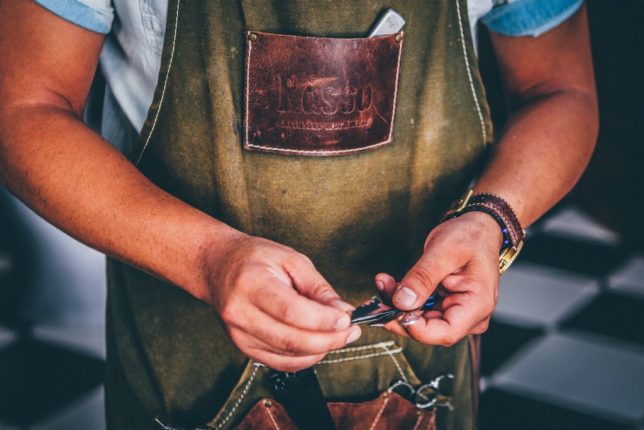 This article was originally published in Philanthropy Daily on October 28, 2018.

One of the historic—and essential—tasks of foundations has been poverty fighting. It has been a trend in this decade that foundations have used grants, and, in some cases, program-related investments from their endowments, to create businesses that hire the down and out. Here are two recent examples of what foundations have been doing in this area.

Writing in Reason, Daniel McGraw discusses Evergreen Cooperatives that runs three related businesses in Cleveland. They have an urban farm, which has a contract with Nestlé to supply the company with several thousand pounds of basil a year. A second business supplies energy-efficient lighting, and a third cleans the dirty laundry of hospitals and nursing homes in the Cleveland area.

As McGraw explains, Cleveland is a city where many high-value enterprises—several hospitals, the Cleveland Clinic, Case Western Reserve University, museums, and the home of the Cleveland Orchestra—are all concentrated on the city’s east side. These enterprises are surrounded by poor neighborhoods whose fortunes have gotten worse as the city went downhill in the past 30 years.

These enterprises vowed to do something to help the poverty-stricken neighborhoods that surrounded them. In 2005, having been spurred by the Cleveland Foundation they launched what University Hospitals chief administrative officer Steve Standley called “the classic, old-fashioned diversity methodology and tactics.” McGraw doesn’t explain what Standley meant by this, but his source, a 2012 master’s thesis by Farzana Serang, explains it as minority set-asides and affirmative action.

These methods didn’t create many jobs, so the Democracy Collaborative, a nonprofit associated with the University of Maryland, was brought in to create the Evergreen Cooperative. The city worked with the Department of Housing and Urban Development to have the cooperative acquire 11 acres to build greenhouses. The Cleveland Foundation and other enterprises helped the co-op get $10 million in capital.

The problem, however, was that for the first six years of Evergreen’s existence, the co-op presented itself as “a liberal alternative to traditional corporate capitalism” rather than as a business competing for contracts in the market.

John McMicken, who has been Evergreen Cooperatives’ CEO since 2013, explains that the company learned how to tone down the ideology and increase the co-op’s efficiency so that it could win contracts based on performance rather than compassion. So as a result, the cooperatives have increased their laundry business, and their greenhouses now sell “Cleveland Crisp” salad for locavores. They have an affiliated nonprofit for donations and an investment fund for people who want to buy shares. Evergreen’s employees, using their stable jobs, are renovating and buying homes.

McGraw says one problem with cooperatives is that conservatives “sometimes see co-ops as a hippy-dippy idea that manages to go against Main Street and Wall Street.” But I regularly buy Ocean Spray cranberry juice and Land O’Lakes butter, both products produced by farmer co-ops. If co-ops produce goods and services people want, they can use their strengths as social enterprises as part of their marketing.

And if I lived in Cleveland, I’d try at least one bag of Cleveland Crisp greens.

Writing in The Atlantic, Alexis C. Madrigal, who writes about technology for that publication, discusses programs that teach prisoners how to be computer coders.[2] His article is about a new program that works with San Quentin inmates and the state of California to place inmates released from prison in coding jobs.

The news in Madrigal’s piece is that the tech company Slack has partnered with The Last Mile, a nonprofit that trains prisoners in California to code, to hire three recently released prisoners and have them complete a yearlong apprenticeship to become coders under a program called Next Chapter. They’re doing this because of an $800,000 grant Last Mile received from the Kellogg Foundation.

The Last Mile has eight education facilities in California prisons. They have a joint venture called TLMWorks that creates websites and pays prisoners $17/hour to do programming. They manage to do their training programs even though California, like nearly all prisons, bans inmates from using the Internet.

However, while TLMWorks creates websites, nearly all of their clients have some connection with criminal justice reform, such as Dave’s Killer Bread Foundation, whose parent company routinely hires former prisoners. Moreover, while The Last Mile notes that over 50 former inmates have gone through its program and none have returned to prison, they have not placed anyone who has gone through its program in a coding job. Alex Tamboura came closest, but he gave up coding and now works on criminal-justice reform for the Chan Zuckerberg Initiative.

Madrigal talked to critics of the Next Chapter, who note that the program will only provide apprenticeships—not jobs—to three people. They contrasted this effort with the Delancey Street Foundation, which has, for 40 years, successfully trained former prisoners in five states for careers in the food service industry.

Madrigal interviewed Michael Romano of Stanford Law School, who says, “very few prisoner-reentry programs have been proven effective.” Romano adds that “tech companies and leaders” should “devote their considerable resources and analytical resources to figuring out which programs work, and which don’t.”

I agree. Rehabilitating prisoners is an admirable goal. But it may well be that training prisoners for computer industry jobs is not a productive use of philanthropic money or the prisoner’s time.