Global Warming: Getting along by going along, or, To an alligator you taste like chicken 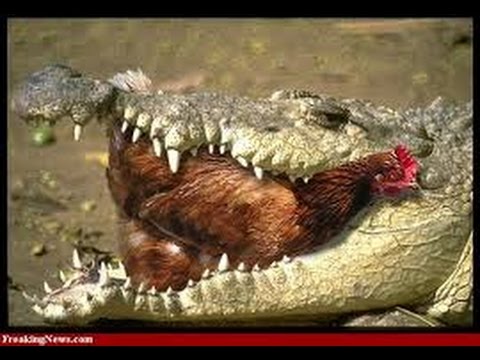 World leaders are gathering this week in Paris to finalize a deal that, its proponents claim, is aimed at combating Global Warming.

It’s the culmination of decades of work by the anti-democracy Left, by power-hungry politicians and bureaucrats, and by greedy business people.  If the Warmers are successful, they will transfer billions—make that trillions—of dollars of wealth from working-class and small-business-class people and from the world’s poorest, into the pockets of well-connected elites, mostly the One-Percent-of-the-One-Percent.

Among the objects of the Paris negotiations is a Green Climate Fund, a slush fund of at least $100 billion a year by 2020, that would be divided among kleptocrats and mobsters and dictators who oppress the people of the “developing” (i.e., poorest) countries.

But the aim of the Warmers is much wider. They want a framework for the sort of worldwide regime that they’ve been dreaming about all their lives. In 2000, Jacques Chirac, then-President of France, proclaimed that the U.N. treaty on climate change would be “the first component of an authentic global governance.” Truly, this is the treaty they’ve been waiting for.

Oops! Did I say treaty?? I meant, uh, agreement, because, if the Paris agreement were a treaty, which it is, then the President would have to submit it to the U.S. Senate for ratification, where it wouldn’t stand a snowball’s chance. So it’s not a treaty, even though it’s a treaty. Because Obama.

How did we get to this point, where the ignorant and superstitious seem to have the upper hand? Because, one by one, the institutions that should have protected us—the news media, the academic world, the clergy, the business community—gave up the fight. The struggle was just too hard. It’s so much easier to go along, to take your cut, rather than to stand up for principle.

Take the case of ExxonMobil.

Once upon a time, the oil and gas giant ExxonMobil contributed to organizations that take a scientific (“skeptical”) approach to the issue of Global Warming. Of course, the company was under constant pressure to change its ways—pressure from “green” activists and from those seeking to make money off the Warming scare. Then-CEO Lee Raymond said his company refused to pretend to research non-viable “alternative” energy like solar power: “I get this question a lot of times: ‘Why don’t you just go spend $50 million on solar cells? Charge it off to the public affairs budget and just say it’s like another dry hole.’ The answer is: That’s not the way we do things.”

This position on Warming made the company a target of extremists. Warmers held rallies at Exxon stations, protested at shareholder meetings, and stalked the CEO when he made appearances on Capitol Hill. New York Times columnist Paul Krugman, a former adviser to Enron (the corrupt corporation that pushed ‘cap-and-trade’), declared ExxonMobil in 2006 to be the “Enemy of the Planet.” Then, in 2007, Raymond was replaced by Rex Tillerson, who announced that the company would cease contributing to nonprofit groups that question the Warming threat. One of the six or seven groups targeted by Tillerson was the Capital Research Center, publisher of Green Watch and of this website.

Shifting course on Warming, the company backed radical policies such as a carbon tax. In 2010, with the acquisition of XTO Energy, ExxonMobil became the largest producer of natural gas in the U.S.—which meant that, if it played its cards right, it might actually make money from the Warming panic as the Obama administration shut down the coal industry.

The company became a major contributor to the Clinton Foundation, donating a reported $1 million to $5 million, and sponsoring annual meetings of the foundation and the Clinton Global Initiative (CGI). The Clinton for President campaign listed a company lobbyist as one of its top fundraisers. Tony Podesta, brother of the campaign chair, lobbied for Golden Pass Products, part-owned by ExxonMobil, and raised $130,000 for the campaign. Two members of the company’s board were featured at the foundation’s conference this year.

Then things turned sour. In September, ExxonMobil was reported to be one of six corporations that had dropped their sponsorship of the CGI amid reports of corruption at the Clinton Foundation [see our sister publication Foundation Watch, May 2015] and reports of Secretary Clinton’s theft of some 66,000 government e-mails. In October, Clinton called for an investigation of the company for its funding of Warming skeptics, claiming “there’s a lot of evidence that they misled the public.” (The Washington Free Beacon headlined: “Clinton Calls for Exxon Probe After Company Cuts Off Foundation Funding.”) In November, New York Attorney General Eric Schneiderman—a top supporter of Clinton—launched an investigation into the company that, in the words of the Wall Street Journal, “marks a dangerous new escalation of the Left’s attempt to stamp out all disagreement on global-warming science and policy. . . . demanding Exxon’s documents on climate research from 1977 to 2015.”

In the words of the New York Times, the state Attorney General is investigating “whether the company lied to the public about the risks of climate change or to investors about how such risks might hurt the oil business. . . . For several years, advocacy groups with expertise in financial analysis have been warning that fossil fuel companies might be overvalued in the stock market, since the need to limit climate change might require that much of their coal, oil and natural gas be left in the ground.” Thus, New York A.G. Eric Schneiderman is looking into whether Exxon failed to sufficiently warn investors about the future effects on its business of ignorant, superstitious policies backed by extremists like—Eric Schneiderman!

In the words of Winston Churchill, “An appeaser is one who feeds a crocodile, hoping it will eat him last.” ExxonMobil, which once stood up to Warmers, sought to appease them and tried, with its investments in natural gas, to make money off the panic. Now, as the President’s longtime pastor, the Rev. Jeremiah Wright, said of the September 11 attacks: “The chickens are coming home to roost.”