Giving to Individuals Rather Than Organizations 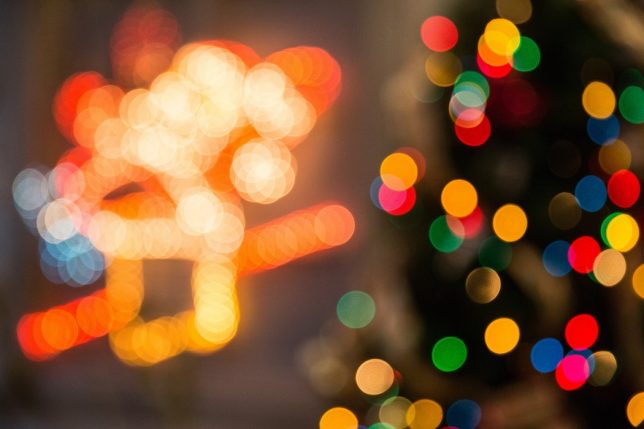 In the 20th century, when charity evolved into philanthropy, one of the casualties was that grants shifted away from individuals and towards groups.

While funding of medical research is, in my view, one of the strengths of philanthropy, American foundations have done a bad job in helping individual people with their giant medical bills.

In fact, with the exception of the Adolph and Esther Gottlieb Foundation which helps artists with financial and medical problems, and the Daniels Fund, which helps poor people in the four states it serves, I can’t think of a single foundation that has programs that assist individuals pay for medical debts.

Barney Jopson explores the use of crowdfunding platforms in this lengthy article from the Financial Times. [1]

His premise is a simple one: charity in medicine shouldn’t be necessary because “in the US…healthcare is not a human right.” He then goes on to say that it’s all Ronald Reagan’s fault. When Medicare was proposed in 1964, Reagan denounced the proposal as “socialized medicine,” and warned that if it passed, “behind it would come other federal programs that will invade every area of freedom as we have known it.”

One can argue that health care is too expensive and co-pays too ruinous, but that is the system we currently have in the U.S. And while in Europe and Canada unaccountable bureaucrats whose decisions cannot be questioned or challenged make medical decisions—including rationing—crowdfunding decentralizes and humanizes the process of medical charity.

Jopson does note that there are traditional medical charities, and spends some time discussing Remote Area Medical, which I wrote about in Philanthropy Daily. But most of his piece is devoted to crowdfunding platforms.

According to Jopson, pleas on crowdfunding sites are “a sympathy market where sickness is on sale.”

What this means is, that like most grant applications, some people are more successful than others. One study from a team led by University of Washington (Bothell) professor Nora Kenworthy looked at 200 GoFundMe campaigns and found that nine out of ten didn’t meet their fundraising goals. I’d like to know if Kenworthy and her colleagues found that the crowdfunding goals proposed by campaigns were reasonable, but her study is behind a paywall.

What she found, according to Jopson, was that campaigns were more successful when they were about “discrete medical problems with comprehensible cures.” Campaigns for chronic illnesses such as heart disease were less successful.

Who gives to crowdfunding campaigns? Jopson interviewed Ana Vitoriano, who makes her living helping companies deal with health insurance but who, along with her husband, decided to donate $5,000 a year to crowdfunding donations.

She likes the idea that she can make a personal connection with recipients. For example, after a breast cancer scare, she found on Instagram an account called “baldballerina,” which explained how Maggie Kudirka had to cut her career with the Joffrey Ballet short when she found she had Stage 4 breast cancer at age 23. After smaller donations, Vitoriano decided to support Kudirka’s deductibles, and currently donates $1,500 towards Kudirka’s chemotherapy. The two women have become friends.

“Vitoriano is not concerned by the fees on crowdfunding sites,” Jopson writes. “What she dislikes is the idea of giving to charities that could channel donations towards rent, wages, or administrative costs.” Vitoriano says she supports YouCaring because “the money you give is going straight to the person who needs it.”

Donors to crowdfunding sites, like all donors, have to perform due diligence. One useful resource is Go Fraud Me, which Adrienne Gonzalez, an animal welfare supporter, says she started the site after someone claimed to be raising money to help a cat but was spending the money on other things.

She pulls no punches; I enjoyed reading the story she headlines, “Minnesota Moron Accused of Faking Cancer to Smoke Weed and Play Video Games,” about a gentleman (who I will not name) that prosecutors say took money he claimed he was using for his “terminal cancer” and spending it on paying off credit card bills, buying stuff on the video game “Clash of Clans,” and purchasing a lot of dope.

The Birmingham (Alabama) News reported in November that District Court Judge Virginia Hopkins sentenced Jennifer Flynn Cataldo to a 25-year sentence and mandatory restitution of $81,270 for using two GoFundMe accounts and other social media accounts to raise $200,000, allegedly for cases of “terminal cancer.” Cataldo’s attorney said that she created the fraudulent accounts while using prescription painkillers after her brother’s death.

Though these stories of fraud stand out, they are outweighed by the vastly larger number of people have been helped by GoFundMe and other crowdfunding organizations.  The decentralized nature of crowdfunding shows the strength of American civil society, not its weakness.

[1] Jopson’s piece shows the strengths and weaknesses of the Financial Times. It is a very well written newspaper, with news that would not appear in American publications. But it is also very far to the left, and Jopson’s bias is very blatant one.