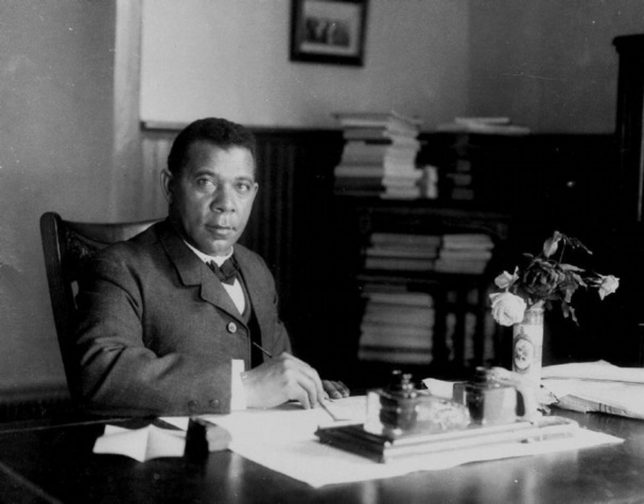 In philanthropy, as in life, no good deed goes unpunished.

For example, the Wall Street Journal ran a fine review of a new biography of famed philanthropist Julius Rosenwald, whose work with self-help advocate Booker T. Washington in the segregated South led to nearly 5,000 new schools for poor blacks from around 1915 to 1938.

Then a philanthropoid—no doubt with the best of intentions—managed to slur both the reviewer and Julius Rosenwald with her off-key praise. In a letter to the Wall Street Journal, Susan M. Fitzpatrick, president of the James S. McDonnell Foundation, badly misrepresented Rosenwald’s work by lauding the way he combatted “social ills by identifying and targeting root causes.” Citing the biography under review, Fitzpatrick says modern donors should use “strategic giving” to target the roots of “social ills” like those facing African-Americans a century ago.

Yet the biography never mentions “root causes.” Neither does author Stephanie Deutsch in her excellent 2015 study of Rosenwald’s most famous good work: Booker T. Washington, Julius Rosenwald, and the Building of Schools for the Segregated South.

When Rosenwald teamed up with Booker T. Washington to build schools for black children, he didn’t look for a “root cause” of the problem, nor did he, as that term implies, imagine that he could grasp all of the intricate machinery of society and then impose some solution from top down and far away. Instead, in the thousands of communities he served, he and his colleagues worked alongside the persons who needed help.

Rosenwald knew their efforts were at least as important as his, and he listened to the advice of Booker T. Washington, America’s greatest advocate of self-reliance.

Washington understood that real improvements for the black community had to be earned by families and individuals, not simply bought by outsiders. Communities built on sweat equity would hold together and thrive if they were built by the people who live in them, and not by a team of social science poverty experts.

Self-reliance, Washington taught, is not degrading – it’s uplifting. “It means a great deal,” he said, “to start off on a foundation which one has made for one’s self.” Particularly for African Americans in the segregated South, self-help was also the best way to form bonds with their white neighbors. Washington told Rosenwald, for instance, not to ship all the building materials from his company, Sears, but to let local suppliers join in and benefit from community-building. “In all things that are purely social we can be as separate as the fingers,” he said, “yet one as the hand in all things essential to mutual progress.”

Hard work, education, and obedience to the law would all work together, he said, to improve the condition of African Americans despite the segregation laws cruelly stacked against them:

I believe that our greatest hope for salvation and uplift is for us to turn our attention mainly in the direction of progressive, constructive work. . . . Pursuing this policy, we will convince the world that we are worthy of the best treatment.

Building their own schools with minimal outside help led to acceptance for African-American education under the law – which might otherwise never have come about. The black families Rosenwald assisted were often desperately poor and suffered under despotic local laws, but their donations of money and sweat equity mattered at least as much as any philanthropist’s imagined wisdom or “scientific” approach.

Certainly, some early philanthropists like Andrew Carnegie and John D. Rockefeller took a top-down method to combat inequities like poverty. As William Schambra pointed out in the Chronicle of Philanthropy, Frederick Gates, an early Rockefeller Foundation adviser, believed that “disease is the supreme ill of human life, and it is the main source of almost all other human ills — poverty, crime, ignorance, vice, inefficiency, hereditary taint, and many other evils.” Nonprofits have poured billions of dollars into public health over the last century, seeing it as the root cause of poverty – yet medicinal breakthroughs haven’t ended poverty.

That’s because there is no silver bullet solution to these huge social problems. How donors address the root cause of social ills isn’t the issue – it’s the pursuit of a root cause that is the problem. As Schambra put it:

In other words, if you want to help people, engage with individual persons, and remember that their capacity to think, act, and struggle matters. Don’t ignore them in the search for imaginary levers on some machinery that will enable you to manipulate impersonal social forces which supposedly control the lives of the less fortunate.

If philanthropists and charities want to help people escape poverty, they should help communities help themselves – not try to buy them utopia.