Following its Crisis, Will the SPLC Truly Change? 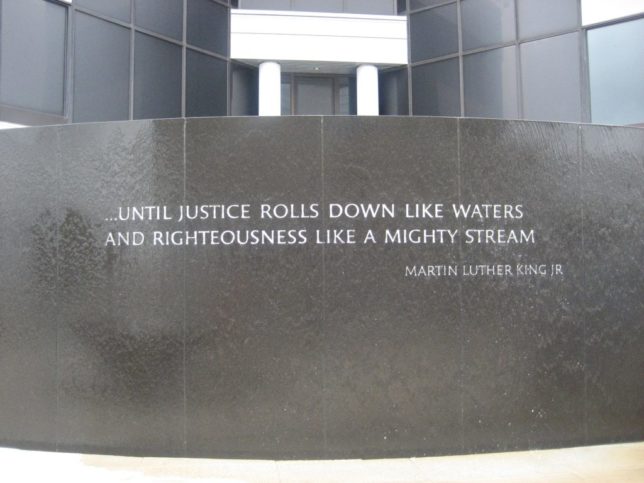 This article originally appeared in Philanthropy Daily on April 30, 2019.

In the past five years, the Southern Poverty Law Center (SPLC) emerged as a national censor of sorts, an organization whose primary purpose appeared to be shutting down socially conservative organizations they didn’t like by condemning them as “hate groups,” reducing them to the level of actual extremist groups like the Ku Klux Klan, and therefore polarizing national discourse on legitimate issues that are up for democratic debate.

In an interesting, if somewhat flawed, article in the Washington Post last year, David Montgomery talked to the SPLC and the organizations they condemned as “hate groups.”

The public-interest law firm Alliance Defending Freedom for example, was condemned because it filed an amicus curiae brief on the losing side in Lawrence v. Texas, a 2003 Supreme Court case that decriminalized sodomy. The group told Montgomery that cases involving homosexuals accounted for less than one percent of its caseload and the group stopped taking such cases after the Supreme Court legalized same-sex marriage in 2015. But a 16-year-old legal brief earned the group a lifetime spot on the center’s “hate groups” list.

Another group the SPLC condemned was the Center for Security Policy because they considered the center’s president, Frank Gaffney, as expressing opinions on Islam they considered too extreme. But Montgomery notes that in 2016 the SPLC demanded that Israel’s ambassador to the U.S., Ron Dermer, not accept an award from the center. Far from obeying the SPLC, Ambassador Dermer called Gaffney “a stalwart friend of Israel.”

“The SPLC and others who told me not to come here tonight claim to support free and open debate,” Ambassador Dermer said. “But in reality, they seem to want to stifle the debate.”

The SPLC also goes after individuals. College students, for example, frequently denounced Charles Murray, when he appeared on campuses, including a violent attack at Middlebury College in 2015. Many of these college students quoted the SPLC’s page about him. In 2017 Murray edited the SPLC’s page about him to reflect the center’s many inaccurate statements.

But perhaps the SPLC’s most irritating condemnation was when they denounced Hoover Institution fellow Ayaan Hirsi Ali as “a prominent figure within the anti-Muslim hate movement” for her forceful denunciations of the bigotry many Muslims have against women. Ali has had to have lifetime police protection because of continuing terrorist threats against her.

“It’s really kind of a scam these people are pulling off,” Ali told the Washington Examiner last June, adding that, in her view, the SPLC had abandoned its goal of promoting civil rights to be “one big fundraising machine.”

SPLC president Richard Cohen told the Washington Post that these condemnations of purported “haters” were necessary because “we’ve always thought hate in the mainstream is much more dangerous than hate outside of it.”

Cohen’s expertise in “hate in the mainstream” was shown recently, when he was forced to resign last month after a decades-long tenure as Southern Poverty Law Center president. Cohen, who had worked for the SPLC since 1986 and had been president since 2003, said he resigned to give the organization “time to heal” after the resignation of SPLC founder Morris Dees the week before.

However, four SPLC employees told the Montgomery Advertiser that the organization was a “toxic workplace” where blacks held junior positions and whites were in charge and that the SPLC stressed “prioritization of marketing and fundraising over on-the-ground civil rights work.”

Yale law professor Stephen Bright noted the SPLC’s gigantic endowment. “If you have $430 million,” he told the Advertiser, “do you really need people to give you more money at that point?”

Writing in the New Yorker Bob Moser, who was hired by the Southern Poverty Law Center in 2001 as a writer, said the place “had a way of turning idealists into cynics.” The staff, he said, would routinely walk past a Maya Lin-designed monument where Martin Luther King is quoted as saying racism would continue “until justice rolls down like waters.”

“We would intone, in our deepest voices, ‘Until justice rolls down like dollars.’” Moser writes.

Another office joke, says Moser, was in response to the SPLC’s extremely successful fundraising letters. “If you’re outraged by the path President Trump is taking,” a recent letter signed by Dees says, “I urge you to join us in the fight against the mainstreaming of hate.” Letters like this ensured the SPLC received $132 million in donations in 2017.

Moser, who left the SPLC in 2004, notes that the organization was a place where “the professional staff”—lawyers, researchers, public-relations people, fundraisers—were mostly white and the “support staff” were mostly African-American. Everyone worked in open-space offices under an oppressive number of security cameras.

“The work could be profitable and gratifying,” Moser writes. “But it was hard for many of us, not to feel like we’d become pawns in what was, in many respects, a highly profitable scam.”

After Dees’s firing, former employees told the Washington Post about Dees’s many sexist and racist comments to staffers. Deb Ellis recalled that in 1985 Dees dropped a Victoria’s Secret catalogue on her desk with a note saying, “Maybe your boyfriend would like to order something for you.”

Maureen Costello, in an interview, told the Post that last July she talked to Richard Cohen about Dees. “Why is he still here?” she said. “People see him as racist and sexist.”

“Or an anachronism,” Costello recalled Cohen saying. “That would be kinder.”

The Post’s reporting made clear that Dees, 82, had stayed at the SPLC too long. He was seriously injured in 2016, and last year had been placed on emeritus status by the SPLC board. His pay was reduced by $100,000—although, at $375,000, he was still making more than Richard Cohen.

“As I told you many times,” Cohen emailed Dees on March 6, I do not think you (or I) can be the face of the center as we move into the next 50 years,” adding that working with Dees was “an increasingly thankless job.”

“You say you plan to leave in a few years,” Dees responded. “Doesn’t mean I have to leave with you?” Two weeks later, both Dees and Cohen were gone.

Jim Tharpe in a Washington Post opinion piece recalled that, when he was the managing editor of the Montgomery Advertiser in 1994 he asked reporters to investigate the SPLC, located across the street from the Advertiser’s offices. “We were, at the time, anything but adversaries of the center,” Tharpe recalled. “Like other media outlets, we generally parroted SPLC press releases.” But the eight-part series Tharpe commissioned remains an essential resource for anyone interested in the SPLC’s troubling history.

Tharpe urges the IRS and the civil rights division of the Justice Department to investigate the SPLC. “Any investigation should take a close look at the SPLC’s finances,” Tharpe writes. “It should look at what the center has told donors in its mail solicitations over the years. And it should take a close look at how that donor money has been spent.”

I agree with Tharpe but would go farther.

Interim SPLC president Karen Baynes-Dunning says she will transform the organization. If she wants to prove the organization has changed, it should stop being a national censor. Just stop. Say the SPLC will respect the rights of conservative 501(c)(3)’s and take down all the pages that condemn these groups as “haters,” reducing them to the level of actual hate groups like the Ku Klux Klan.

Only when the SPLC stops its polarizing war on the mainstream right will we know the organization has truly reformed.