Remembering the dangers of euthanasia and eugenics 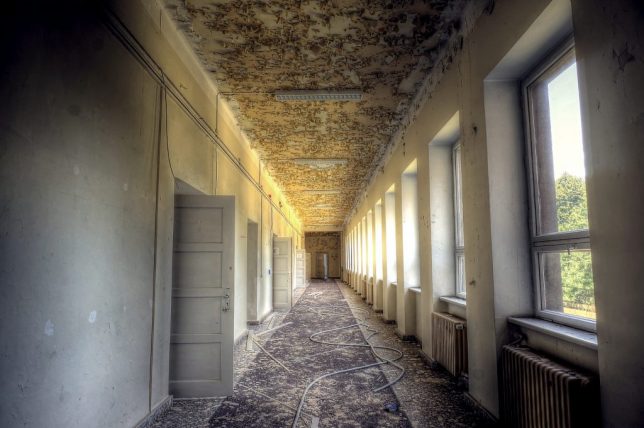 This article is crossposted from Philanthropy Daily – published July 13, 2017

We know that the Nazis were evil, particularly when they supported state-sponsored euthanasia and eugenics. But there is a difference between reading about what the Nazis did and seeing a drama that explains their thinking. This is why Nebel im August (“Fog in August”), a German-Austrian film released in these two countries last September, is a story anyone interested in the dangers of euthanasia and eugenics should see. I have no idea when the film will be released in America; I saw it at the Washington Jewish Film Festival in May.

Nebel im August is based on a novel by Robert Domes (it has not yet been translated into English). Domes also co-wrote the screenplay and explains on his website that he based his novel on extensive research in German archives.

It’s the story of Ernst Lossa, who was born in 1929 in Augsburg. Lossa was a member of the Yenish, who are a group of Germans who have their own dialect of that language and who travel from place to place. (Perhaps the most comparable English-speaking group are the Irish Travelers.) Lossa was a bad kid, whose father ended up in Dachau at least twice (although he was released). After committing many petty crimes, he ended up at a sanitorium called Kaufbeuren, which is still in operation today.

In 1939 the Nazis, under a decree called Aktion T4, announced that anyone who they thought was incurably ill or “mentally defective” would be sent to a concentration camp called Hadamar. Over 75,000 people were rounded up and killed or sterilized until 1941, where Clemens August von Galen, the Bishop of Munster, gave a speech protesting German euthanasia programs and had the speech published. The bishop, who deserves great credit for his bravery, was not silenced. The Nazis said they would stop the program. Instead, they devolved control of the program to the individual sanitoria and told them to fulfill the euthanasia programs on their own.

Domes fictionalized the head of Kaufbeuren as “Dr. Veithausen,” who is brilliantly played by Sebastian Koch. Koch, who has a rising number of English-language credits (he’s currently in “Homeland”) successfully conveys Veithausen’s conflicts between his training to preserve life and his willingness to obey orders and murder the “unfit.”

He decides that one efficient method of murder is by barbiturate overdoses. But how much barbituates should be used? Too large a dose and a patient would die so quickly that the sanitorium couldn’t list a cause of death. Veithausen decides on smaller doses, so that patients could officially die of pneumonia.

But how could nurses convince the patients—particularly children—to ingest lethal doses of barbituates? A nurse who has transferred from Hadamar offers a solution that worked there—serve the barbituates in a mug of raspberry juice.

Nebel im August also explores the troubling relations between the Catholic Church and the sanitoria that became euthanasia centers. In a post-film discussion, I learned that many of these sanitoria were once faith-based and that nursing in Germany has its basis in Catholic social orders.

In the film, the Catholic connection is portrayed by Sister Sophia, who is Catholic (we see her rosary). She understands what the sanitorium has become and, in one scene goes to her bishop and asks him what to do. He says there is very little the Church could do, and asks the Sister to be the Church’s “eyes and ears.”

Historians continue to debate what the Church could have done to resist the Nazi euthanasia program. But most salute the Bishop of Munster for his courage.

As the film progresses, we learn that the Nazis want to reserve the use of barbituates for soldiers. But Veithausen has a solution. He attends a banquet filled with Nazi thugs. At the banquet, a particularly odious thug says that the German high command has decided that Germany has so many unfit—cripples, epileptics, “the work shy”—that in order to purify Germany to become a master race, as much as a third of the German population will have to be killed.

Veithausen interrupts the thug in mid-speech, so tuxedoed waiters can bring out the soup course. After the speech is over, Veithausen asks the soldiers if they enjoyed their soup. It’s a special soup, he says, developed over many months. It’s a vegetable soup, but the vegetables have been boiled so long that the soup has no calories and no nutrition. Experiments conducted at the sanitorium show that patients steadily lose body mass until they die of starvation.

Ernst Lossa, meanwhile, has learned Veithausen’s schemes. He confronts him at a graveyard and accuses Veithausen of being a murderer. Veithausen says nothing, but in the next scene, he scratches Lossa’s name off of a list of patients, meaning he is to be murdered.

The last scene shows Lossa asleep in a room. A male nurse confronts Veithausen. “But Lossa is…healthy!” All moral standards at Kaufbeuren have been destroyed.

In real life, the head of Kaufbeuren served three years for his crimes. The chief nurse’s sentence was commuted to time served; she served as a pediatric nurse until her retirement in the 1960s. Ernst Lossa was killed at Kaufbeuren in 1944 but his heroism was remembered by Kaufbeuren survivors and is amply documented.

Not until the 1980s did Dr. Michael von Cranach, who headed Kaufbeuren at the time, admit to the evils of the past. Today, several memorials remind visitors of the atrocities committed at the sanitorium in the 1940s. (The best documentation for this in English is a page of a highly informative website by Lutz Kaelber, a sociologist at the University of Vermont who specializes in researching Nazi crimes against children.)