The “playing field” and potential proposals. 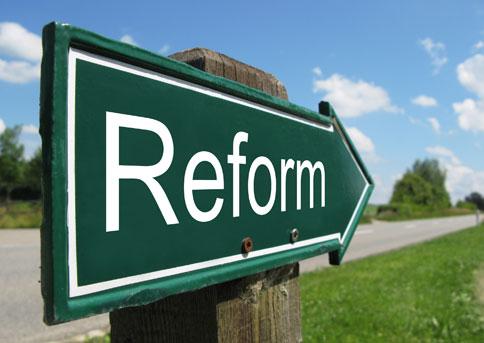 Most people have never heard of one of the Left’s potent weapons—“fiscal sponsorship”—yet it’s the secret to the legion of liberal activist groups flooding American politics today.

The premise is simple: use tax-deductible nonprofits to create more nonprofits. The road for an organization to achieve coveted nonprofit status can be slow-going. It involves governmental bureaucracy, as well as the chances for applying groups to make legal or clerical errors that further hamper the process. From start to finish, the application process can take up to a year.

Fiscal sponsorship greatly eases that journey by allowing an existing nonprofit to sponsor, or “incubate,” another group while the other group waits to receive its tax-exemption from the IRS, harnessing the existing group’s § 501(c)(3) or (c)(4) status to start operations early. Once the IRS approves the incubated group’s application, it “leaves the nest” for good.

There’s nothing inherently wrong with or immoral about this process. Studying IRS rules in order to avoid fines or jeopardizing a group’s tax-exempt status takes time, and can be aided by an organization which has already navigated those waters.

But beginning in the early 1980s, liberal political groups wised up. Drummond Pike, founder of the massive Tides Foundation and its associated nonprofit nexus, discovered he could use his group—already well-known for funneling money from liberal mega-donors to activists—to spin off new allies, in exchange for fiscal-sponsorship fees.

People for the American Way (PFAW) is the first recorded political group created this way. It was conceived by Hollywood television producer Norman Lear to fight Ronald Reagan and the Right’s televangelist-led Moral Majority, eventually culminating in the group’s “borking” of U.S. Supreme Court nominee Robert Bork in 1987. Lear found a home for the project in the Tides Foundation, which produced “public-service announcements” and direct-mail campaigns “to encourage tolerance,” until PFAW became an independent organization.

The Tides model proved that an organization could not only offer, but specialize in fiscal-sponsorship services. Later, those services were expanded and took shape in a “sister” group, the Tides Center, which leases swanky San Francisco office space and provides administrative and fundraising consulting to liberal groups for a fee. Known Tides spin-offs include the Natural Resources Defense Council, Apollo Alliance (now the BlueGreen Alliance), and the Black Lives Matter Global Network Foundation.

But Tides is only the best-known fiscal sponsor on the market. My colleagues and I have exposed a range of other groups of which almost no one outside of the professional Left has heard, each offering a slightly different take on the Tides formula—such as the Proteus Fund, NEO Philanthropy, and Thousand Currents.

How do conservatives stack up against this network? Not very well. The most-prominent right-leaning fiscal sponsor is Donors Trust, the $324 million in 2019 revenues of which pale in comparison to the $801 million the Tides nexus raked in that same year. Donors Trust is primarily a donor-advised fund (DAF) provider, offering accounts for right-leaning donors to support likeminded causes; the Tides Foundation by itself offers similar services to left-leaning donors—as well as an arm for incubating new § 501(c)(3) groups and another for (c)(4) groups. The Right simply hasn’t caught up to the Left in scale or innovativeness.

For proof of the latter, look no further than Arabella Advisors, a Washington, D.C.-based consultancy that controls four in-house nonprofits, each of which sponsors dozens or hundreds of “pop-up” groups paid for by anonymous donors. Each of these “pop-ups” is as political as PFAW or Black Lives Matter—though arguably with fewer policy successes—but they’re never intended to leave the nest. Arabella’s brand of fiscal sponsorship removes the nonprofit component altogether, and keeps the activism—creating an army of websites disguised as independent attack groups, very few of which bear any public connection to Arabella or its nonprofits. Nothing on the Right comes close to that.

“Leveling the playing field” is a favorite phrase on the Left. So why not propose some changes that will actually create a more even footing for fiscal sponsors?

Some might be inclined to just ban the arrangement altogether, but that’s more akin to cutting one’s nose to spite his face. Others may propose forcibly disclosing project donors, but why should the First Amendment end with fiscal sponsorship? Donor anonymity is the bedrock of free-speech rights, be it to nonprofits or extensions of nonprofits.

Instead, Congress could stem abuse by simply defining the term—which already exists in practice, but has little regulation. The IRS could amend Form 990 reports to include a list of organizations with which the filing nonprofit has entered into fiscal-sponsorship arrangements, including the project’s name, budget, officers or treasurer, website, and address—all data points the sponsored group will be required to publicly report upon receiving its tax-exempt status.

Form 990s could further be amended to denote how much money the filing nonprofit spent administering its sponsored projects as part of its total budget, effectively recognizing that a huge portion of the revenues and expenditures of the Tides Foundation and similar groups supports this practice.

Donor anonymity would be preserved under existing IRS rules governing nondisclosure of Schedule B lists—which the Supreme Court recently upheld after California attempted to force nonprofits to disclose the names and addresses of nonprofits’ largest donors. But one more left-wing loophole would be closed.

This article originally appeared in the Giving Review on July 26, 2021. 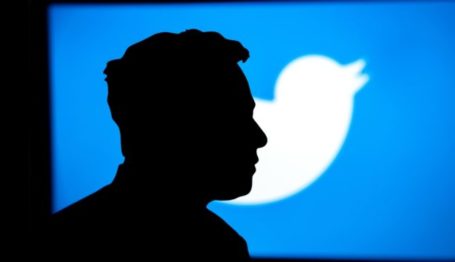 by Anthony Vendetti on December 8, 2022
Philanthropy