First They Came for the Corporations . . . 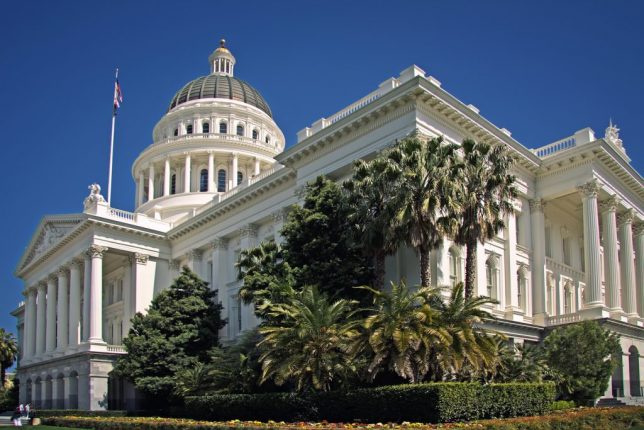 This article originally appeared in Philanthropy Daily on September 24, 2018.

California Gov. Jerry Brown is currently considering signing a bill that would require private, publicly traded corporations based in the state to have at least one woman on their boards of directors by the end of 2019. Should Brown sign SB 826, California would become the first state in the nation to have such a mandate.

The bill has commanding support in the state’s legislative branch; late last month, it passed in the California state Senate by a vote of 23-9 and in the state Assembly by 41-26. But this invasive measure won’t end at just one woman per board. By the end of 2021, the bill would force private companies to have at least two women on their boards if they have five directors, and at least three women if they have six directors.

Failure to comply with the quota will be pricey: $100,000 for a first violation and $300,000 for subsequent violations. Companies that fail to provide the California Secretary of State with the required information verifying their compliance would also be fined $100,000.

Years of costly litigation are all but guaranteed if Brown signs the bill into law. The California Chamber of Commerce and some trade groups, potential plaintiffs all, have said they believe it would violate the U.S. and California Constitutions and federal and state civil rights laws.

Since they are not publicly traded companies, neither private foundations nor nonprofit organizations need to alter the makeup of their boards—for now.

Ten years ago, the Greenlining Institute in Oakland pushed a bill that would have required foundations with assets of more than $250 million to publicly disclose the sex, race, and ethnicity of their board members and those of all their nonprofit grantees (as if grants could even be measured that way). Grantmakers were also to track grants made to particularly listed racial and ethnic groups. The Capital Research Center reported that the legislation was withdrawn only after some of the state’s largest foundations promised to lavish millions of dollars over several years on nonprofits at work in minority communities.

By making such promises in order to preserve their institutional independence, the major California foundations—including the Hewlett Foundation, the California Endowment, and the Packard Foundation—might have won the day, but they proved the effectiveness of such ham-fisted tactics.

Now that the state legislature shows the political will to mandate sex quotas on private companies, it’s likely that private foundations and nonprofits in California will be the next organizations forced to “diversify” their governing boards.

“We think that foundations have a lot of power in society today,” said Greenlining’s Orson Aguilar when discussing the bill on talk radio before it was withdrawn:

The Greenlining Institute would probably see the opportunity this meddlesome political climate provides. It could, once again, promote legislation to alter foundation governance through mandated quotas. If Brown signs the bill, a Greenlining-proposed amendment to include private foundation boards in the mandate is likely also in the cards—followed by further intrusions on foundations’ autonomy. How about really redistributing wealth? Aguilar said “equal dollar amounts.” California’s foundations can assume he meant it.

Corporate boards and nonprofit boards don’t have the same incentives and often have completely different missions, but on SB 826, governing boards across the Golden State can agree that intrusive and coercive mandates from the state are the last thing these institutions need. These bodies owe their allegiances to their shareholders and their donors or members. The state should stay out of the boardroom.