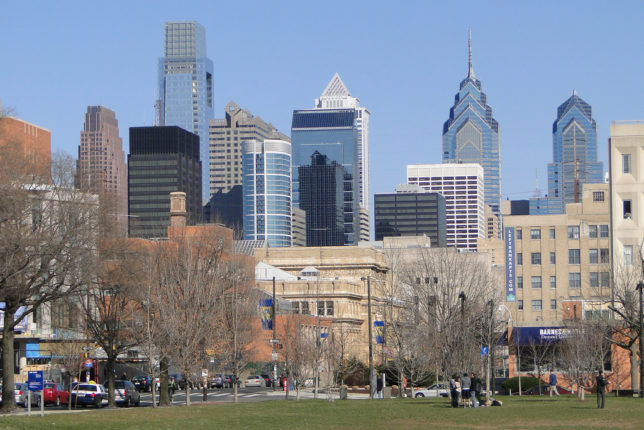 Philadelphia newspapers call John Dougherty Jr.—better known as “Johnny Doc”—the “most powerful non-elected person” in the city based on his power and influence as business manager of the International Brotherhood of Electrical Workers Local 98 labor union, which he has led since 1993. Dougherty’s union is the largest source of political expenditures in the state; from 2000-2014, IBEW Local 98 spent $25.6 million on political campaigns, beating the trial lawyers’ association, the state teachers’ union, and natural gas extraction companies over that period.

But he might not be the most powerful non-elected-official in Philadelphia for much longer. A federal grand jury charged Dougherty with a 116-count indictment related to an embezzlement scheme exceeding $600,000 in scope. The feds also charged Philadelphia City Council Majority Leader Bobby Henon (D-6th District), Local 98 president Brian Burrows, Local 98’s political director Marita Crawford, and other Local 98 employees in the scheme. To make matters even more incestuous, Councilor Henon was an employee of Local 98; he received $73,131 in salary in 2016.

Federal prosecutors charge that there was a lot more going on than simply ripping off of union member dues. Dougherty used his campaign war chest and powerful allies as a means of revenge against his political rivals—including other unions. Federal prosecutors allege that Dougherty told another Local 98 official that his allies in the Philadelphia city government, including Councilor Henon, would “start to put a tax on soda again, and that will cost the Teamsters 100 jobs in Philly.”

Philadelphia Mayor Jason Kenney (D) passed a soda tax in his first term. The center-right Tax Foundation identified job losses from the new excise, and we at CRC called them “an all-too-common story of unintended consequences.” In fact, it seems that the consequences were intended by the mayor’s political patron: the Philadelphia news outlet BillyPenn called Johnny Doc a “key backer” of Kenney’s 2015 mayoral bid.

Kenney isn’t the only close ally of Dougherty’s to have a major impact on Pennsylvania and national politics. Johnny Doc’s brother, Kevin, was elected to the Pennsylvania Supreme Court in 2015, after which the state court re-drew the state’s Congressional districts to the advantage of Democrats—Kevin benefited from Johnny’s largesse in his election campaign. Even if Johnny Doc goes away, he will keep friends in very high places.