An all-too-common story of unintended consequences 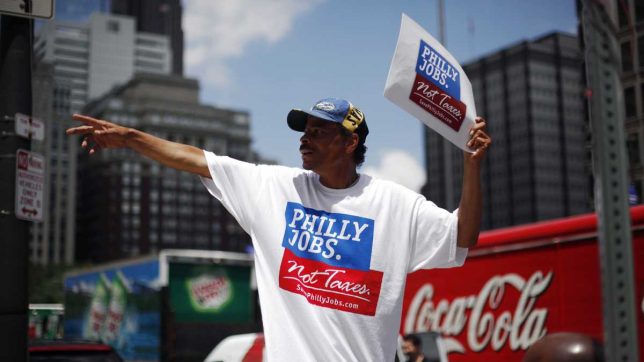 Philadelphia’s tax on soda may have hurt its working poor but at least the policy made it easier for some to turn to alcohol to soothe their economic pain.

The 1.5 cent-an-ounce tax the city has levied on soda sales beginning in January originated as a means to fund Pre-Kindergarten education. But according to a new report from Tax Foundation, not only did projected taxes from soda sales fail to meet the city council’s expectations, less than half of the revenue has gone to fund Pre-Kindergarten education. The rest is going to fund worker benefits and boost the city’s general fund.

Meanwhile, the Teamsters Local 830 has lost 165 soda delivery drivers, and Pepsi announced in March that it would be slashing 20 percent of its local workforce. In addition, many local grocery stores are having to lay off workers owing to declines in sales revenue. PepsiCo attributes the layoffs to a 43 percent drop in soda sales city-wide after the tax went into effect.

The irony is that while drivers may be out of work delivering soda, jobs in the beer delivery business are bubbling. The soda tax indirectly subsidizes beer consumption by making alcoholic brew cheaper than soft drinks. Pennsylvania’s alcohol excise tax is eight cents per gallon; with the new soda tax in place, Philadelphia’s total taxes on soft drinks fizzes up to $1.92 per gallon.

According to a 2012 journal article on soda taxes aptly entitled “From Coke to Coors,” these taxes often drive consumers to alcohol. The study also found that the beverage substitution often drives up consumers’ calorie intake, even though cities intend the taxes to decrease calorie consumption.

It is a reality that many people will choose to make unhealthy decisions in what they consume. But when the government lightly taxes one unhealthy substance like soda to raise additional revenue and drive down consumption, people lose their jobs and low-income earners suffer. Consumers—particularly those at low-income levels—simply pivot to a different, often less healthy option like beer. Likewise, when the government heavily taxes every substance it deems unhealthy, or outright bans an item to drive it out entirely, a dangerous black market will often step in to fill the market void. As economist Mark Thornton points out in his book, The Economics of Prohibition:

Jamie Lund, a senior policy analyst with the Freedom Foundation, referred to measures taken by Philadelphia and other cities which have either passed or are considering passing soda taxes as “behavior modification hammer[s].”

The mentality behind heavy soda taxes stems from a belief that if something is bad, the government should either do away with it, or significantly raise the cost—be it economic or social—for carrying out said behavior. Obesity is unhealthy; therefore, the argument goes, the government should decide for free individuals what they should and should not consume in order to reduce or eliminate societal health problems.

Besides the adverse effects of soda taxes, there is a greater issue at stake: individual liberty. Pursuing and encouraging healthy behavior is a noble goal. But, as the Philadelphia example shows, when government attempts to regulate behavior through “sin taxes” (and make a buck at the same time), it often ends up promoting worse substitutes, costing people their jobs, and eventually failing to collect the very revenue it sought in the first place.