Featured Op-ed: Why doesn’t PETA use its Money to Help Animals? 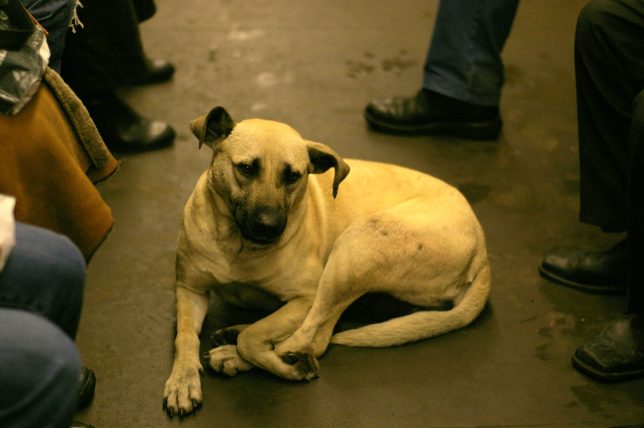 This article originally appeared in the Washington Examiner on June 23, 2018.

After the unfortunate death of a family dog following a grooming session at a Texas PetSmart, People for the Ethical Treatment of Animals have renewed calls for animal lovers to boycott the big box pet store and Chewy.com, Petsmart’s newly acquired online pet supply retailer.

This is just the latest publicity play for the radical animal rights organization. In fact, PETA has spent the last few years carefully tracking every isolated incident at the over 1,500 PetSmart locations and fabricating a trend of neglect and abuse.

The smear campaign is not surprising, given the source of the allegations. PETA is not an association of concerned pet owners, but rather an extremist organization dedicated to eliminating all human use of animals and actually establishing animal rights.

PETA is driven by the extremist ideology of animal liberation — the view that, in PETA founder Ingrid Newkirk’s words, “a rat is a pig, is a dog, is a boy.” Over the years, that belief system has led the organization to associate with extremely unsavory characters. The group funded the legal defense of an animal liberation arsonist and provided grants to the violent extremists at Earth Liberation Front, according to InfluenceWatch.

Clearly, PETA supporters are not your typical dog and cat lovers. The group’s ideology demands an end to pet ownership. Newkirk has advocated an extremist form of dog and cat birth control, which she calls a “no-birth community,” as a response to criticism of animal shelters that kill most or all of the animals that reach them.

But it gets worse. PETA is openly a hardcore defender of high-kill animal shelters — so hardcore that they operate a particularly notorious one at the organization’s Norfolk headquarters. In 2017, disclosures filed with the state of Virginia show that of the 956 dogs and 1,489 cats the group processed through its shelter, 62 percent of the dogs and 81 percent of the cats were killed. And that’s a decline from past years, when the kill rate frequently exceeded 90 percent. PETA spent 2017 killing on average approximately five pets every single day — including weekends and holidays.

And while PETA claims to be on a mission of mercy for supposedly “un-adoptable” pets of eastern Virginia, there is very good reason to reject that defense. In recent years, the group has had to pay a settlement of $49,000 to the family of a young Virginia girl whose dog was wrongfully seized by PETA and killed in violation of state animal shelter regulations. In 2015, Virginia state legislators also tried to tweak the state code to disqualify PETA’s shelter, since its primary purpose is clearly not finding permanent adoptive homes for the animals it takes in.

Recent financial records for PETA show that the organization spent nearly $39 million on its programs in 2016. This includes “educational” campaigns and media circuses advocating for a boycott of PetSmart, an end to animal testing, a shuttering of the leather and wool industries, and of course the end of meat consumption. It’s no wonder PETA’s animal shelter is such a bleak house for the unfortunate creatures that end up there.

PetSmart has a much better track record when it comes to giving back to animals. In Virginia alone, PetSmart Charities donated $607,487 to local animal shelters and adoption groups, saving 21,436 pets, and funding over 3,800 surgeries for animals in need. Across the country, PetSmart Charities saves 500,000 pets and does so by making grants to local animal welfare organizations, which tend to operate on slimmer budgets than PETA’s, even as they save more animals.

Long story short — PETA is an untrustworthy extremist group which does not represent mainstream approaches to animal welfare. Their hypocritical attacks on PetSmart might make flashy headlines, but they also reveal a striking double standard when it comes to actually helping all creatures great and small. When it comes to treating animals ethically, animal lovers should know that PETA doesn’t even put its money where its mouth is.