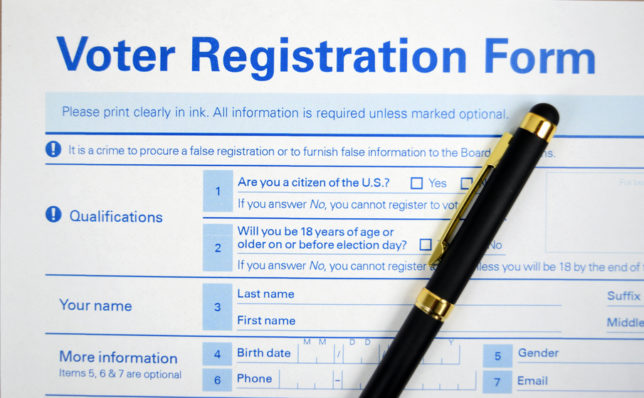 It’s no secret that government agencies give the Left more of a leash than the Right. Headline-grabbing stories over the past few years have exposed the overt political biases of agencies such as the FBI and the Justice Department.

But underreported is a much larger story of the same ideological malfeasance in the nonprofit sector, a topic less sexy than corruption in the intelligence agencies, but arguably more important due to the growth of political activism via charities.

In fact, what the IRS isn’t doing in the nonprofit (or “public charity”) sector will affect the midterm elections far more than any FBI raid ever could.

A big part of the IRS’s job is the oversight of 501(c)(3) nonprofit organizations that are awarded tax-exempt status because of the beneficial work they do. There are many different rules that 501(c)(3) nonprofit groups must follow to maintain their favored status, but the most important is that 501(c)(3)s are forbidden to engage in partisan electioneering, or efforts to aid political candidates and affect the results of elections, in any way.

Advocacy and political bias are allowed, but elections are strictly off-limits.

Enter fake charities such as the Voter Participation Center, State Voices, and the Voter Registration Project that siphon tens of millions of dollars every year from billionaires and their charitable foundations to use in ways that the IRS strictly forbids. By abusing their knowledge of racial demographic voting trends and enormous microtargeted voter databases, these groups can ensure they only register people likely to vote for Democrats and function as tax-exempt Democratic PACs.

The partisanship of these “civic participation” nonprofit groups has been an open secret for decades.

The Association of Community Organizations for Reform Now is the best and earliest example — and the one most people know. During the 2008 election cycle, ACORN harvested voter registration forms from over 1.3 million people, and the organization crumbled after numerous ACORN activists were investigated and charged with forgery, fraud, and bribery related to voter registration work.

Later, in the 2012 book The Victory Lab: The Secret Science of Winning Campaigns, liberal journalist Sasha Isenberg wrote of the Voter Participation Center (which raised $88 million in 2020): “Even though the group was officially nonpartisan, for tax purposes, there was no secret that the goal of all its efforts was to generate new votes for Democrats.”

Reams of evidence from the years since former President Barack Obama’s campaign show that nothing has really changed.

Wikileaks emails to John Podesta from 2015 show Democratic strategists asking Podesta, who was then Hillary Clinton’s campaign chairman, to sign off on “nonpartisan” voter registration drives. “Is this the registration program you were hoping for? Can I push it,” one email reads.

This particular “registration program” was dubbed the Everybody Votes Campaign, and the confidential executive summary bragged that, for the low-low price of $100 million, a network of charities-for-hire could register 6.3 million people and gin up 2 million likely Democrat votes in swing states by 2020.

This Everybody Votes Campaign appeared again in 2019 when reporter Teddy Schleifer obtained leaked copies of a memo from the Democratic super PAC Mind the Gap, which instructed donors to give to the Everybody Votes Campaign (housed within the Voter Registration Project) and the Voter Participation Center because of the tax breaks and to keep the whole thing a secret from the media. From 2016 to 2020, the Voter Registration Project and its satellite education fund raked in over $120 million.

Consider that for a moment. The best way a Democratic super PAC knew to influence elections in a partisan manner was to give millions to nonprofit groups forbidden from both being partisan and influencing elections. Furthermore, the organizations named above are just a few examples out of dozens. Yet somehow, the public is expected to believe these are charities.

As a result of the IRS’s benevolent neglect, left-wing “civic engagement” nonprofit groups have grown into their own enormous industry that churns out new votes for Democrats by the thousands. By their own admission, these groups have become the Democratic Party’s most powerful weapons in election years. But, because mentioning nonprofit groups doesn’t drive clicks, many people don’t even know the effect they have on elections.

Either the IRS must use a few of its 87,000 new agents to enforce the rules equally, or nonprofit organizations should be barred from conducting voter registration work altogether.

This article originally appeared in the Washington Examiner on September 27, 2022.