Essential National Supply—Make It in the U.S.A. 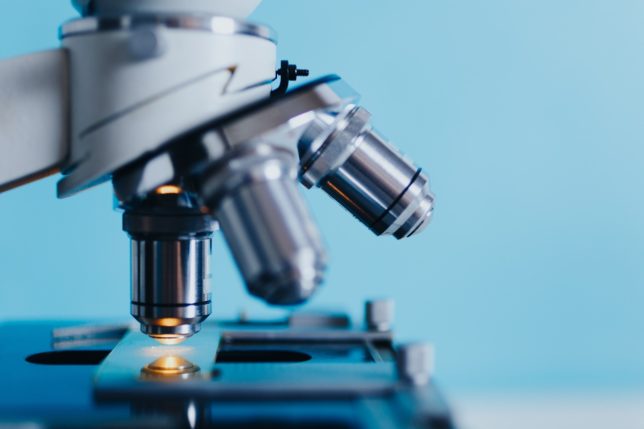 Americans are now witnessing firsthand the unfolding of a dangerous irony that besets our great country—highlighted by the current coronavirus emergency. The danger? The United States has an out-of-control, seemingly wild-eyed overreliance on China, India, Russia, and some third-world dictatorships for many critical material imports needed to sustain our economy, military, and citizenry.

Alarms are now going off about medical equipment shortages spotlighted by the coronavirus pandemic. Suddenly, U.S. foreign import reliance has invaded our health care system. Much of the basic and high-tech critical medical equipment—surgical masks, respirators, protective gowns, medications, vaccines, penicillin, and MRI and CAT scan equipment—is imported from China and India—for some more than 90 percent is imported.

Until 1993 it was illegal to make even hospital bedpans outside the U.S. for the American market. But starting in 1994, China was permitted to export disposable health care items to the U.S., and soon thereafter, life-saving medical supplies used in the U.S.—such as IV solutions, penicillin, and even aspirin—were made almost exclusively in China or India. In a cruel, little-known twist, this offshoring of health care production crippled the economy of Puerto Rico, where vast amounts of medical equipment had been safely and reliably manufactured for years.

These concerns about foreign imports of medical equipment echo previous worries about imports of critical minerals—including rare earths and technology metals—for which the nation is basically 100 percent reliant on imports from China. The critical mineral import dependency has been a creeping addiction for the past 20 years, and it is getting worse each year.

As with medical supplies, the U.S. was the undisputed leader in mining and mineral output in the early 1990s, but today is not even in the world’s top 15 mining economies. Thousands of American mining-related jobs were lost. The irony is that America has enormous, almost unimaginable amounts of untapped mineral wealth right beneath its citizens’ feet that it is prohibited from mining.

The nation’s economic and national security apparatus is at serious risk because of previous administrations’ mismanagement of our mineral wealth, and now its health care supplies are seemingly at risk, too. Recent events have proved that our country cannot wait around for imports of basic medical supplies in a pandemic. Ironically, America is renowned for sending medical support to other countries in their times of need, but now the U.S. is left wanting in order to protect its own health care professionals!

How did these insidious import dependencies of minerals and medical equipment—both so damaging to our country’s economic stability, national security, and health care—happen in the space of 20 years or less? In the case of critical minerals, the combination of rising year-over-year imports caused by a 20+-year slump in mining is at the root of U.S. vulnerability to international supply chains. The U.S. ceded control of its future to other countries exporting these critical minerals needed for defense, renewable energy, and technology-based industries.

It is little comfort that other Western industrial economies are also vulnerable to global mineral supply chains, but perhaps none more so than the United States. America appears to have uniquely shunned its own mineral wealth in pursuit of an environmental preservation panacea over the past 40–50 years, instead of relying on its own geological bounty and mineral wealth.

Decades ago, America chose the easiest path to obtain minerals for the economy and military: import them at cheap prices that undercut U.S. domestic miners. Now our nation has become “fragile” due to its import overreliance on China, Russia, and others, as demonstrated in microcosm by medical equipment shortages related to coronavirus. An “import only” mindset has a steep downside. There is no fallback during a critical disruption, as we now see clearly.

Hoping that the U.S. can simply import from allies is not a plan, because most of those countries have their own resource shortages and similar import issues. Without action now, the U.S. could eventually face an embargo of rare-earth minerals, technology metals, vaccines, penicillin, or some other much-needed commodity. However, as a nation, we have been there before with the oil shortages of the 1970s. America survived and thrived—but it took a painful embargo.

Our Founding Fathers seemed to understand the problem of import overreliance. President George Washington thought that the newly formed United States could not depend on merely importing inventions from other nations but must take measures to produce goods at home. His Treasury Secretary Alexander Hamilton put it this way: “The wealth . . . independence, and security of a Country, appear to be materially connected with the prosperity of manufactures. Every nation . . . ought to endeavor to possess within itself all the essentials of national supply.”

This is timeless wisdom for today’s policymakers. They need to get serious about critical minerals, medical equipment, and all other critical items for which we overly depend on any country, even an ally. Our leaders would do well to simply follow the Founding Fathers blueprint, exactly.

To support and defend the world’s largest, technology-based, environmentally friendly economy, we must disrupt the permitting and regulatory status quo to enable the domestic free market to produce the essential minerals, metals, and medicines that America needs in the 21st century.

Dr. Ned Mamula is a geologist and formerly a mineral resource specialist with the U.S. Geological Survey. He is the author of Groundbreaking! America’s New Quest for Mineral…
+ More by Ned Mamula, Ann Bridges