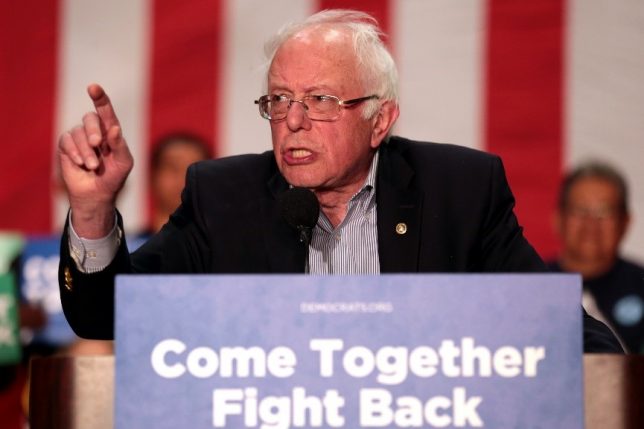 The NLRA has not been substantially amended since Landrum-Griffin in 1959. A series of technical amendments governing collective bargaining in healthcare were enacted in 1974, but the driving force of labor relations law in the interim half-century has been the fickle NLRB.

The desire to codify a more favorable labor relations regime and take it out of the immediate hands of Presidential election fate have led both the monopoly bargaining left and the free-market right to propose major revisions to the NLRA in recent years. Democrats have advanced proposals which would functionally remove secret ballot union organizing elections and mandate arbitration for initial contracts not subject to normal debate and ratification negotiations. Republicans have advanced proposals which would curtail the discretion of the NLRB and establish new procedural rights for employees subjected to union organizing.

The labor-left-Democratic proposals would reinstitute the culture of union coercion that prevailed before the 1947 Taft-Hartley amendments. In 2017, Bernie Sanders, a number of Democratic Senators with presumptive national ambitions, and U.S. Representative Mark Pocan (D-Wisconsin), and a number of his House Democratic colleagues introduced their misleadingly named “Workplace Democracy Act” (or Sanders-Pocan) which included not only two of the most pro-union and anti-employee provisions of the Obama-era EFCA, but also a number of even more extremist union privileges.

Like EFCA, the Sanders-Pocan bill would end secret ballot union organizing elections and replace them with public “card checks” which leave union members vulnerable to deception and intimidation. Under current law, unions wishing to organize circulate membership authorization cards in prospective bargaining units; once they get at least 30 percent of the employees to sign (in practice unions almost always wait until a majority or super-majority of employees have signed), the union demands to be recognized as the monopoly bargaining representative under this “card check.” Often, union representatives do not make clear that employees who sign are agreeing to join the union rather than merely petitioning for an election; likewise, Big Labor’s reputation for intimidation may lead reluctant employees to sign in the hope the union representatives leave.

Upon presentation of these signed cards, employers may but are not obligated to recognize the union and begin collective bargaining. If they refrain from recognizing the union, the NLRB oversees a secret-ballot election, with the union being established if it receives more votes in favor than votes against. Both EFCA and Sanders-Pocan would require employers to recognize a union on the presentation of cards without the secret-ballot vote.

In a provision also taken from EFCA, Sanders-Pocan would also settle initial contract negotiations through a “binding arbitration,” giving a government mediator the power to unilaterally hand down a contract without the expressed consent of either the employer or the employees. Unions have sought this power in order to ease the establishment of bargaining and prevent de-certification of an unsuccessful union after the one-year bar on removing the union after an election expires. Establishing a new contract also establishes another legal bar to de-certification (known as the “contract bar”) preventing removal of the union for three years except within a one-month window period preceding a contract expiration.

Sanders-Pocan would go even further than the EFCA in a number of key respects. Since the 1947 Taft-Hartley amendments, states have been able to prohibit “union security” agreements, by which employers agree that all employees forced by the NLRA to receive union representation pay the union agency fees, whether or not the employees wish to receive such representation. In practice, the union always demands this privilege where it is allowed, and repealing the “right to work” laws enacted in 28 states (as of May 2018) has been Big Labor’s top legislative priority for decades.

The other extremist provision would repeal the Taft-Hartley Act prohibition on secondary boycotts. Left-wing organizations like labor unions often employ tactics that attack third parties for the actions of the real target; often, they take the form of demanding a prominent business cease funding a conservative organization or cause, or demanding an advertiser break off business with a conservative media property. Labor unions employed the secondary boycott to ruinous effect on industrial relations before the Taft-Hartley amendments prohibited the practice in the interests of preserving industrial peace.

The bill would also codify efforts by the Obama administration’s NLRB to make franchise businesses easier to unionize using a controversial doctrine known as “joint employment.” Under “joint employment,” the national branding chain whose name is on the door—but which does not operate the store, assign hours of work, and interact with employees—is held jointly liable for the independent franchise operator’s labor relations. The SEIU, which is engaged in a multi-million-dollar effort to organize McDonald’s and other chain restaurants, hopes to use a wide interpretation of “joint employment” to forcibly unionize the sector. Sanders-Pocan would also codify a developing liberal legal approach to classify more workers who currently operate as independent contractors—like Uber/Lyft drivers—as employees subject to union monopoly representation.

To counter the union-backed Sanders-Pocan proposal, free-market interests have proposed their own amendments to the NLRA. The Employee Rights Act (ERA), backed by a number of free-market institutions, would require secret ballot union authorization elections and end the default continuing recognition of previously authorized unions, requiring periodic “re-certification” votes. ERA would also increase union member control over unions’ political programs by requiring unions to obtain members’ affirmative consent before using dues money for political purposes. Other legislation, including the Workforce Democracy and Fairness Act and Save Local Business Act, would remove the NLRB’s discretion to shorten election timeframes and redefine the “joint employment” standard.

While Congress has held committee hearings on the legislation, neither Congressional leadership nor President Trump has made a sustained effort to advance labor law reform. The imminent push by Sen. Sanders, his allies in the Senate Democratic Caucus, and Big Labor for their coercion bill ought to clarify the stakes and spur free-market legislators to action to protect employee rights.

American labor law has become the chaotic mess that it is because it is based on a labor-union backed framework that is now over 80 years old. While repeal of the NLRA may be constitutionally desirable (the Hoover Institution legal scholar Richard Epstein has criticized the New Deal-era precedents that allowed federal “police power” regulatory legislation like NLRA to stand), it is probably impractical. Instead, policymakers and advocates should look to proposals like ERA, the Workplace Democracy and Fairness Act, and the Save Local Business Act to curtail the NLRB’s administrative state discretion and return power to the representatives of the people while returning free association rights to employees. The alternative is to allow Big Labor and the far left to devise further coercive proposals and wait until the fickle fortunes of politics allow them to enact them.