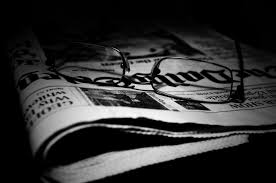 While conservative funders have supported a small stable of nonprofit ide ological magazines, a handful of journalism training centers, and some reporting outlets, there are obvious gaps in the conservative media infrastructure relative to the left’s infrastructure. Broadly, conservative outlets are more interested in opinion and policy writing than their left-wing counterparts, which focus on large-scale hard reporting.

While conservative media outlets have beat writers with deep knowledge covering major policy issues—e.g. the Free Beacon’s Steven Gutowski on gun policy or Alexandra DeSanctis of National Review on abortion—these reporters are badly outnumbered by their left-wing counterparts even when one limits the universe of counterparts to explicitly ideological nonprofit efforts—thus excluding BuzzFeed or the New York Times. According to the latest tax returns for the organizations, The Trace (a Michael Bloomberg-funded gun control policy media outlet) employed 18 people and spent $1.58 million on program services. Rewire, the Buffett Foundation-funded pro-abortion news website, employed 37 people and spent $2.5 million.

Given the power of progressive nonprofit media to drive conversation on issues, the Right’s outnumbered beat reporters—no matter how knowledgeable or well-sourced—lack the firepower to push back. The imbalances are stark across domestic policy issues, with energy and the environment, crime and punishment, and urban affairs standing out as other areas where left-of-center deep-dive coverage simply outnumbers conservative efforts. And while some state-level think tanks report and engage on policy debates, the extent of left-of-center local- and state-level coverage outlets again overwhelms the right’s counterparts.

The Weekly Standard’s closure was only the most prominent example of an all-too-common problem in unprofitable media: Once the chief benefactor moved on to other things, the entire project collapsed. Overreliance on a single source of revenue binds an outlet to its patron, encouraging fan-service rather than coverage and making the entire enterprise precarious. This sits double for outlets relying on cross-ideological (especially short-term cross-ideological) support: When the immediate advantage that such an outlet provides the left-of-center benefactor is achieved, will that benefactor still wish to “conserve conservatism”?

In the past two decades, the nonprofit media (and media business formats outside of the 20th-century corporate metropolitan-liberal “objective” press in general) have grown substantially. Major newspapers and national magazines are in the hands of billionaires seeking more influence than profit, and investigative journalism is largely in the hands of major nonprofits funded by the biggest players in left-of-center advocacy philanthropy.

For the right, the cause for concern is clear: A new press, more openly hostile than the “liberal media” of old and able to deploy hundreds of millions of dollars in resources annually is growing and beholden to the institutional left-wing infrastructure. There is little countering it.