Donors: be wary of “scam PACs”

Lightly-regulated “scam PACs” are known to use extensive telephone fundraising and dishonest claims in order, ostensibly, to raise money for political campaigns. In reality, the majority of the money raised is not making it to the politician or the campaign, but instead paying extravagant salaries and consultant fees. 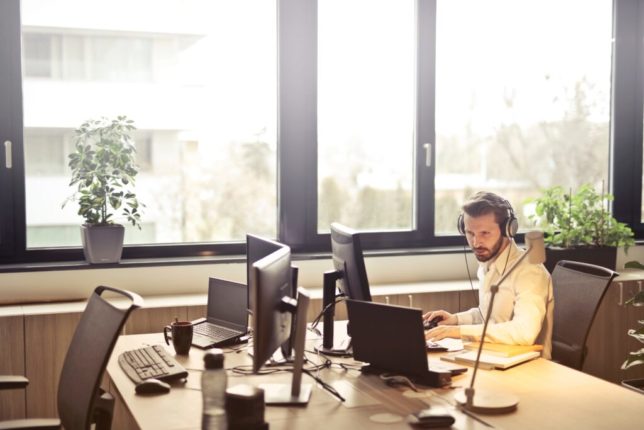 This article originally appeared in Philanthropy Daily on September 16, 2019.

Suppose you’re a donor who has $500 and wants to influence politics. What is the best way to use the money?

You have several options. One is to donate it to a 501(c)3 nonprofit. You could also donate directly to a political campaign.

But perhaps the worst thing you can do is give money to a political action committee—particularly one that calls you on the phone and promises it will use the money for radical change. Far too often, these organizations are “scam PACs”—groups that take money meant to be used in political campaigns and then use it to enrich themselves. My colleague Michael Watson produced a well-researched report on some of these questionable PACS.

ProPublica reporter Derek Willis and Politico reporter Maggie Severns report on one of these PACs, whose principal name is the Conservative Majority Fund but uses several aliases. They charge that this organization has raised $10 million, but only spent $48,400 on political campaigns. The chief beneficiaries of this fund, they find, are its leader, Kelley Rogers, and InfoCision Management, a fundraising company.

The Conservative Majority Fund’s roots date back to 2010, when the American Conservative Union (ACU) was looking for new fundraisers. The ACU is a venerable, well-respected nonprofit that runs the annual Conservative Political Action Conference and, as I wrote four years ago, has an interesting sideline supporting criminal justice reform through the work of Patrick J. Nolan.

Rogers and his associates formed the New Conservative Coalition, which raised $3.4 million between 2010 and 2012. Nearly all of the money raised went to fundraisers and none went to the ACU.

Meanwhile, the New Conservative Coalition had red-meat pitches that, Willis and Severns report, “were too extreme or embarrassing to be associated with the ACU itself.” They cite emails from “a colleague of Rogers” who wrote, “would you double check to make sure their in [sic] NO reference to ACU, conservative.org, or Al Cardenas in any script?”

Cardenas, at the time the head of the ACU, told ProPublica that “we didn’t want our reputation to be tainted in any way” by the New Conservative Coalition scripts.

The group reorganized as the Conservative Majority Fund, and raised $2.8 million in the 2012 presidential election cycle between July and December from 30,000 donors. Their scripts include such untrue claims as not only is Barack Obama not an American, but his real name is “Barry Soetoro.” Moreover, they claimed President Obama “had long-term relationships with terrorists” and claimed to hire investigators to prove that Obama was ineligible to be president because he wasn’t an American.

After President Obama won re-election, the Conservative Victory Fund said it was going to launch a campaign to impeach the president for allegedly wanting to pardon everyone in prison at Guantanamo, “give full amnesty to illegal aliens and give the United Nations authority to tax Americans.” There is no evidence that the fund actually did anything.

In 2013, Rogers, collaborating with a group called Conservative StrikeForce PAC, created political action committees that they said supported Republican Ken Cuccinelli in his losing campaign to be governor of Virginia. Ken Cuccinelli for Governor and Ken Cuccinelli personally subsequently sued Rogers and several of his associates, saying that the bogus PACs “engaged in a national fundraising scam aimed at small donors supportive of Ken Cuccinelli’s campaign” and argued that the groups associated with Kelley Rogers raised $2 million but only contributed $10,000 to the Cuccinelli campaign. As Michael Watson notes, the courts agreed and awarded Cuccinelli $85,000 and access to Conservative StrikeForce’s donor lists.

It should be noted that Rogers and the PACs he was associated with preyed on seniors and people with limited incomes. Willis and Severns say that telemarketers encouraged donors “to give a smaller amount” if the prospects “said they were unemployed, on a fixed income, or had significant medical bills to pay.” They were told to call the prospect once every 30 days if she asked them not to call them once, and only added their name to the do-not-call list if they asked not to be called twice.

Part of the problem is that scam PACs are very lightly regulated. The Federal Election Commission cited the Conservative Majority Fund twice and subsequently fined them $3,500. But the FEC has very limited authority over PACs that don’t say they’re associated with a particular candidate.

As for InfoCision Management, the Federal Trade Commission fined them $250,000 in 2018, in a case that didn’t involve the Conservative Majority Fund, for “deceptive charitable solicitation calls” because InfoCision’s telemarketers initially told prospects they weren’t asking for money before hitting on them for a donation. However, the FTC has no regulatory authority over PACs.

What should donors do? First, they should be skeptical about all cold calls made by telemarketers. It is much safer to be proactive and find organizations that support the causes you believe in, rather than giving to (potentially dishonest) telemarketers.

Second, I think giving to nonprofits is a more productive use of your money than giving to PACs.  I agree with Michael Watson, who concluded his Capital Research investigation of scam PACs by writing, “Donors looking to support ideals and ideologies or the development of policies for the future, are better off donating to well-established nonprofit organizations.