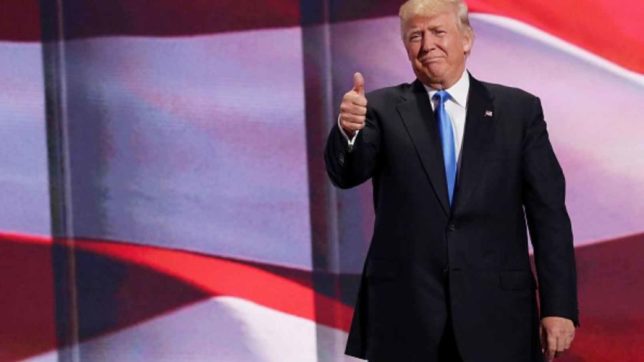 Despite serving only one term, President Trump leaves office with his party in better shape than two-term Presidents George W. Bush and Barack Obama left theirs.
by Matthew Vadum

Donald Trump was officially nominated for president at the Republican National Convention last night. As his son, Donald Trump Jr. told attendees, his father lives for challenges, and he certainly rose to this one. Reporting directly from Cleveland, Matthew Vadum gives his take of the evening at the RNC for FrontPage Mag, which can be viewed here.