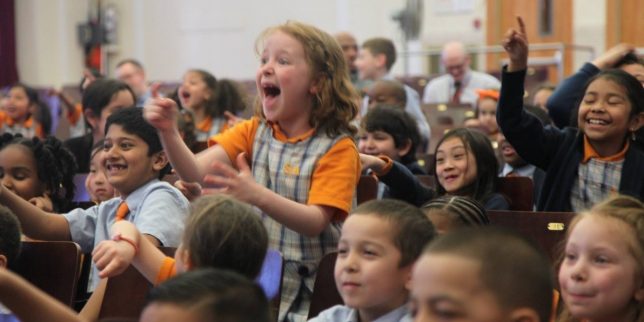 From businessinsider.com
by Jacob Grandstaff

Teacher absenteeism in schools has turned into a chronic plague of hypocrisy: schools insist students be present, but can’t seem to get their faculty to do the same.

A recent report by the Thomas B. Fordham Institute’s senior research and policy associate David Griffith shows that teachers have worse work attendance than their peers in other industries and teachers in other countries. The report, entitled, Teacher Absenteeism in Charter and Traditional Public Schools, reveals that school teachers in the United States miss about eight school days a year because of sick and personal leave, while the average U.S. worker takes about three-and-a-half sick days a year. This is in addition to the days off that teachers receive for vacation, holidays, professional development days, and field trips.

So, is the air in public schools more contaminated than in charters schools, thus causing all these public school teachers to get sick at a much higher rate than their counterparts?

National Review’s Frederick Hess aptly remarks, “Anyone who’s spent any time in classrooms knows the sad truth that little gets done when substitute teachers are in the saddle,” and points out that Griffith’s statistics indicate that teacher absenteeism alone cost a fourth of the country’s schools last year to lose fully two weeks of learning.

The report’s results “suggest that the high chronic absenteeism rates we observe for teachers in traditional public schools are at least partly attributable to the generous leave policies enshrined in state laws and local collective bargaining agreements—and that the chronic absenteeism rate in many places could be reduced without exploiting teachers.” One proposal Griffith suggests is states consider teacher absenteeism as a “nonacademic indicator” of a school’s success in the same way that student absenteeism factors in the Every Student Succeeds Act (ESSA). He also suggests that schools could seriously cut down on absenteeism by eliminating the carrying over of sick days from one school year to the next while simultaneously adopting generous maternity leave policies.

In response, union leaders across the board discounted the study’s results.

Doug Pratt of the Michigan Education Association discounted the study’s results, saying, When you walk into a building in the middle of winter, the flu bug that’s going around and sidelining students and staff can spread like wildfire.” But, Michigan ranks at the top in the number of charter schools; those teachers experience the same frigid climate as the state’s public schools without the corresponding absenteeism rates.

It’s a time-out the New York Department of Education has long denied even exists; yet it costs taxpayers $150 million each year in teachers’ salaries and benefits. …Unsurprisingly…many idlers are repeat offenders.

Public school teachers, like all other tax-payer funded employees should receive just compensation for the job they do. But, they can’t do that job if they don’t show up; Griffith’s study shows that 28 percent of them are playing hooky on a regular basis.