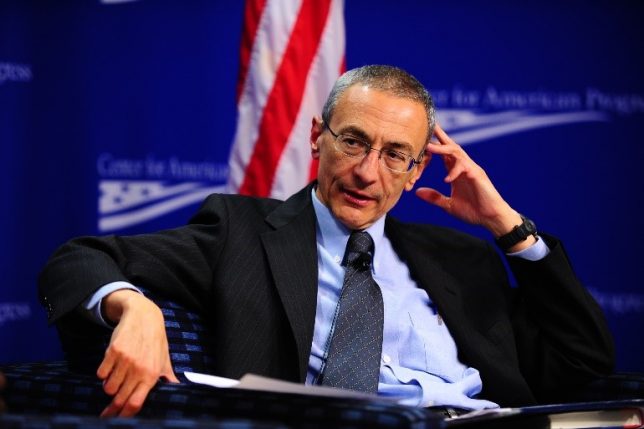 While the social justice organizations share many goals with the heterodox, they tend to walk a fine line with regard to the teachings of the Church. Many attempt to stay within the good graces of the bishops and the Vatican. They typically avoid abortion, birth control, and homosexuality and stay focused on broader issues such as peace, poverty, racism, affordable housing, income inequality, unemployment, the death penalty, immigration, human trafficking, and climate change—in other words, they frequently support Democratic legislation, and protest Republican policies. These organizations include Franciscan Action Network, Catholics for Peace and Justice, Ignatian Solidarity Network, Marianist Social Justice Collaborative, and Network Lobby. The social justice organizations include many priests, nuns, and bishops among their members and frequently work closely with the USCCB and local dioceses.

One example of the semantic games these organizations play to stay out of trouble with the Vatican comes from the Marianists who say on their website, “Our goal is to fully welcome our Marianist LGBT members into all aspects of our communities.” Ambiguous, while still signaling where their loyalties lie. When they do go out on a limb, the leaders of these organizations are quick to qualify their public statements. Simone Campbell, Network Lobby executive director, is a master at this verbal obfuscation. When pressed on whether abortion should be illegal, she deflects, “That’s beyond my pay grade,” or changes the subject: “…the thing that we need to face is that women choose abortion often, or most often, because they don’t have economic options,” she says.

Several organizations were founded in response to the sexual abuse crisis in the Catholic Church. The two most active and prominent are Survivors Network of those Abused by Priests (SNAP) and Voice of the Faithful (VOTF). Regardless of their initial objectives and good work, both organizations are or have been led by dissenting Catholics and have morphed into forums for heterodoxy.

Barbara Blaine founded SNAP in 1988 “after coming to terms with her own molestation at the hands of a later defrocked priest, Chet Warren.” Before this, she had run a homeless shelter on the south side of Chicago. Blaine was a featured speaker at the 2012 “Women, Money, Power Forum” hosted by Feminist Majority, a radical group that is pro-abortion and same-sex marriage. There, she shared the dais with Feminist Majority president Eleanor Smeal and Planned Parenthood vice president Dawn Laguens.

SNAP’s first national director, David Clohessy, was a former ACORN organizer who made his opinions of the Church clear in a 2011 email to an alleged victim, “i sure hope you DO pursue the WI [Wisconsin] bankruptcy … Every nickle (sic) they don’t have is a nickle (sic) that they can’t spend on defense lawyers, PR staff, gay-bashing, women-hating, contraceptive-battling, etc.”

On January 17, 2017, a former SNAP employee and abuse victim Gretchen Hammond filed a lawsuit against the organization alleging she had been fired for whistleblowing: Hammond claimed she had uncovered evidence that SNAP was accepting kickbacks for referring sex abuse victims to attorneys and had been fired upon questioning this practice. According to the lawsuit, of the $440,000 in total 2003 donations to SNAP, 54 percent came in the form of kickbacks from plaintiff’s sex abuse attorneys. Hammond also claimed that SNAP “is motivated largely by the personal animus of its directors and officers against the Catholic Church.” Clohessy resigned from SNAP on January 24, 2017, followed by Blaine on February 4. Both claimed their resignations had nothing to do with the lawsuit. Blaine died in September 2017, and Clohessy, personally named in the lawsuit, awaits his fate.

Voice of the Faithful began as “listening sessions” in 2002 for parishioners at St. John the Evangelist Church in Wellesley, Massachusetts, to discuss their concerns about the sex-abuse scandal. Today VOTF has more than 30,000 members and holds an annual conference for more than 4,000 attendees. While VOTF claims that it does not have a “hidden agenda” and that the organization is “in no way heretical,” a great many of its leaders, advisors, and speakers are notorious dissenters and the organization has close ties to the heterodox organizations Call to Action, We Are Church, and Dignity USA.

During the 2016 presidential election, Wikileaks published a number of damning emails from the account of Hillary Clinton’s campaign chairman, John Podesta, when he was still head of the left-wing Center for American Progress. The emails revealed that Podesta helped create Catholic front groups for the Democratic Party as early as 2005, in an effort to undermine the authority of the Catholic Church and the U.S. bishops and to swing mainstream Catholic voters towards his leftist political agenda.

In one 2011 e-mail, Sanford “Sandy” Newman of Voices for Progress wrote Podesta suggesting, “There needs to be a Catholic Spring” to further separate American Catholics from their bishops regarding artificial contraception. In response, Podesta, who is at least nominally Catholic, replied, “We created Catholics in Alliance for the Common Good to organize for a moment like this…. Likewise Catholics United.” The two organizations would prove to be instrumental in helping Barack Obama win the Catholic vote in 2008.

“The role of Catholics United and Catholics in Alliance for the Common Good was to obscure the debate over abortion as much as possible by propagandizing to the effect that Barack Obama… was the ‘real’ pro-life candidate because he intended to reduce the rate of abortion through anti-poverty measures,” wrote Anne Hendershott for The Catholic World Report.

Catholics in Alliance for the Common Good (CACG) is a 501(c)(3) charity backed by hundreds of thousands of dollars from billionaire leftist George Soros, himself of Hungarian-Jewish extraction. CACG’s first chairman, Fred Rotondaro, also a senior fellow at Podesta’s Center for American Progress, advocated for priestesses and said, “gay sex comes from God.” The organization’s founding director was Alexia Kelley, who had previously worked for the USCCB’s Catholic Campaign for Human Development (CCHD) where she helped send more than seven million dollars to ACORN.

Catholics United is a 501(c)(4) “social welfare” organization created by community organizer and Democratic apparatchik Chris Korzen. The organization has defended pro-abortion Catholic politicians and denounced Catholic efforts to defend traditional marriage. Catholics United has received most of its funding from the Gill Foundation, a generous funder of LGBT causes whose motto is “To Advance Equality for LGBT Americans, Further, Faster.” Korzen was also instrumental in getting Catholics in Alliance for the Common Good up and running; his salary was paid from donations to that organization.

Both organizations seem to have gone into hibernation for now. Their websites are down and CACG only posts to its Facebook page occasionally. But odds are one or more will be back and active in some form before the 2020 presidential election. “One of the ways you can tell it is a national election year,” mused Anne Hendershott, “is left-wing Catholic political organizations re-emerge with new strategies, new funding, and sometimes even new names.”

In the final installment of Dissenting Catholic Charities, we expose how left-wing Catholic organizations use anti-poverty programs to push for bigger government services and fight welfare reform.