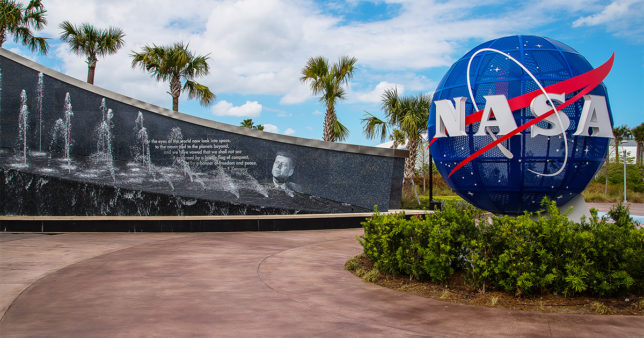 Few moments in American history are as iconic as astronaut Neil Armstrong’s comment as he took the first step on the moon: “One small step for man, one giant leap for mankind.” When the Mars Reconnaissance Orbiter showed water moving on the red planet, the world rejoiced for scientific discovery. And when we finally set foot on another planet, most people expect NASA to have put us there. But, unfortunately, that Obama Administration could keep those dreams from being realized.

In early 2010, President Obama announced that he was cancelling NASA’s Constellation program. The program — including its Ares I and Ares V rockets, the Orion spacecraft, and the Altair lunar lander — were designed to bring American scientists back to the Moon, and forward onto Mars.

While Congress was able to salvage some of the Constellation program, setting the stage for our next president to restore the program, the Obama adminitration turned NASA’s focus towards a much less awe-inspiring goal: Combating “global warming.”

During the Obama administration, NASA’s focus on earth sciences has risen 41 percent, while its core focus of space exploration has been essentially gutted. In 2012, 49 former NASA astronauts and scientists petitioned NASA to cease its advocacy of “extreme” positions relating to the environment.

Political leaders from both sides of the aisle have found this shift in the agency’s focus very unsettling. With the increasing espionage threat from China — and the loss in overall scientific advancement — many congressional leaders fear the unintended consequences could be massive.

This destructive path begs one question: Is President Obama’s true legacy the dismantling of the greatest exploration organization our world has ever known?

For more on NASA’s dismantling, you can read the June edition of “Organization Trends” here.

This blog post was adapted from the June edition of Capital Research Center’s “Organization Trends,” by Art Harman.