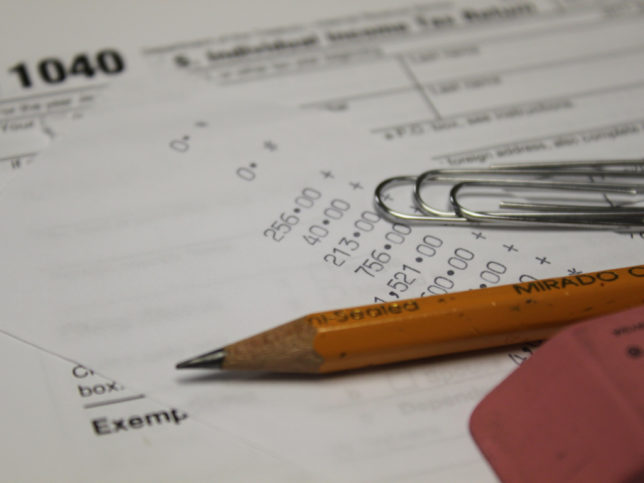 This article originally appeared in Philanthropy Daily on February 11, 2019.

What’s the best way to use the tax code to encourage people to give?

Rob Reich, a political scientist at Stanford, thinks it would be a good idea to encourage lower- and middle-class people to give. But to do this he proposes, in this Washington Post opinion piece, turning the itemized tax deduction into a targeted tax credit.

Reich’s target in this is Michael Bloomberg’s $1.8 billion donation to Johns Hopkins University, his alma mater. Why, Bloomberg gave this nine-figure gift—and he can deduct the entire amount from his taxes!

If Bloomberg swelled the Johns Hopkins endowment with his massive donation, I’d be as opposed to it as Professor Reich would. But that isn’t what Bloomberg did. He gave money that will go to students, particularly those from lower- and middle-class backgrounds, so that they can attend Johns Hopkins without having to take out student loans. That enables new graduates of the school to get started in life without being socked with debt. That seems to me to be a worthy purpose of philanthropy.

I thank Professor Reich for letting me know that the Institute for Policy Studies, the venerable far-left think tank, is interested in philanthropy. He cites the institute’s study Gilded Giving 2018, by Chuck Collins, Helen Flannery, and Jack Hoxie as evidence that philanthropy is tilting towards the mega-rich.

There are some areas where the IPS scholars and I would agree. We would both be concerned that too many foundations are limiting their contributions to the payout rate. I agree with them that foundations ought to put more of their money to work now. I also agree that overhead shouldn’t count as part of the payout rate.

However, they believe that foundations should be forced to spend themselves out within a mandated term limit. I believe that donors should term-limit their foundations because it is the right thing to do, not because they have to satisfy a government mandate.

I also agree with this sentence in the IPS report:

“Top-heavy philanthropy favors bigger charities that already have sophisticated major donor programs, the capacity to manage gifts of enormous size, as well as the infrastructure to accommodate gifts of appreciated stock and high-value noncash assets.”

I’m not sure “infrastructure” is the right concept here, because the problem is not “the capacity to manage gifts” but rather that larger charities can hire grantwriters trained in philanthro-speak, and smaller ones are not able to write persuasive grant proposals. I discussed this problem in this article on the problems nonprofits in the Bay Area have in adopting the “startup” jargon needed to reach Silicon Valley donors.

The IPS authors then go several concerning steps further. Because they think wealth is “democratic” when the state controls it and bad when private individuals control it, they support tripling the excise tax on foundations and imposing draconian estate taxes, as well as a new two percent excise tax on fortunes of over $20 million. They believe that if the state had all this money it would somehow trickle down to the poor.

Happily, Rob Reich does not, at least in the abovementioned piece, support the Institute for Policy Studies tax proposals.

His proposal is a simpler one: the charitable tax deduction should be eliminated and replaced with a universal tax credit of up to $2,000 for 25 percent of a deduction. In addition, donors who contribute over two percent of their income to charity can claim an additional tax credit of $1,000.

“Rich people will always have more money to give away,” Reich writes, “but our public policies should not amplify their already powerful philanthropic voices.”

I’d like to see Reich’s idea developed further. I’d like to see the Congressional Budget Office score it and present lawmakers with options. It’s likely that Reich wouldn’t get everything he wants, but perhaps lawmakers would adopt some of his proposals.

Rob Reich’s idea for a tax credit is a provocative one that should be the subject of serious debate on Capitol Hill.