Hayden Ludwig challenges the assumptions of the evangelical left. 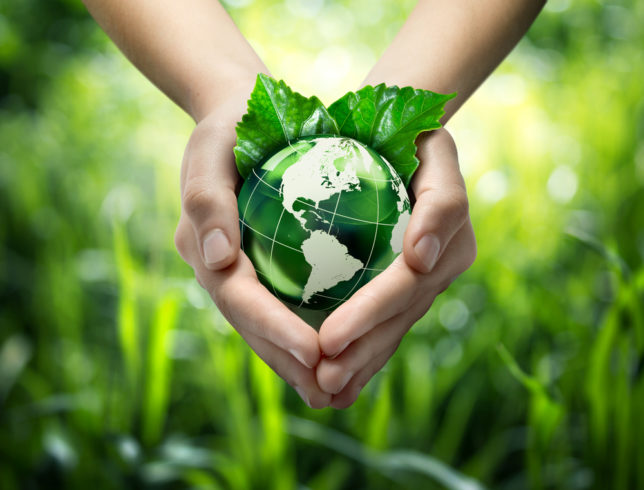 Do Christians have a duty to steward God’s creation? Do we have a responsibility to care for and conserve the natural resources He blessed us with? The answer to both questions is a clear “Amen!”

But what the “creation care” movement calls stewardship is really a biblical-sounding veneer for radical environmentalism, an ideology that couldn’t be more different from biblical conservation – or less Christian.

Christians believe in the universal brotherhood of man, founded on the Bible’s teaching that Adam and Eve were created good but fell into sin by disobeying God. Their rebellion brought death into the world for all Adam’s descendants.

Today’s environmental movement, however, has its origins in theories that are nearly opposite to scriptural teaching: Darwinism, racial supremacy and “overpopulation.”

Darwinism holds that death is a natural part of the world, not the consequence of sin, and that some species are superior to others because of natural selection. Later, theorists in the early 1900s used this counter-scriptural idea to divide humanity into separate, unrelated “races” and proclaim white Europeans superior to all others. The result was eugenics, a pseudo-scientific movement to block the “unfit” from having children and create a generation of “super-men,” whom the Nazis called Übermenschen.

After World War II, this idea morphed into a drive to control global population – the opposite of God’s commandment to “be fruitful and multiply and fill the earth and subdue it” (Genesis 1:28).

Soon, America’s biggest foundations (Rockefeller and Carnegie) were encouraging India’s socialist government to forcibly sterilize tens of millions of men and women in the 1960s and ’70s – often at gunpoint – to avoid “overpopulation,” a bogus concept that cannot be defined by any demographic criteria such as population density, population growth rate or age distribution. In 1976 alone, 6.2 million men were sterilized, 15 times the number sterilized by the Nazis over their 12 years in power.

At the same time, environmentalists’ apocalyptic fearmongering also fueled a wildly successful global campaign against the controversial pesticide DDT, which protected against crop-destroying insects but allegedly carried the risk of cancer. As embarrassed activists now admit, the only thing worse than using DDT was abolishing it – causing tens of millions of Africans and Asians to die from malaria and starvation in the decades since it was banned.

Since then, professional eco-activists have moved on to crusades against global cooling, global warming, efficient dishwashers, gasoline or diesel-fueled cars, gas-burning stoves, the chemicals cooling your refrigerator, eating meat – and so on. What haven’t changed are the anti-biblical assumptions undergirding environmentalism, which is unabashedly secular and anti-human.

Today’s “creation care” proponents may market their doctrines as scriptural, but the funders behind this campaign are the same foundations bankrolling the secular eco-activist groups responsible for the Green New Deal and other extremist causes.

The Evangelical Environmental Network (EEN), “creation care’s” top advocacy organization, has been heavily funded by the Rockefeller Brothers Fund and the Energy Foundation, left-wing mega-donors that also funnel grants to the far-left Greenpeace and Sierra Club, respectively, and by other left-wing foundations. In 2018 alone, EEN received $161,000 from such organizations, and from 2008 through 2018 such groups gave it nearly $3.4 million.

Rockefeller Brothers Fund may owe its wealth to the Baptist oil tycoon John D. Rockefeller, but today it prides itself in completely “divesting from fossil fuels” to “mitigate the impacts of global warming.”

Similarly, the Energy Foundation funds activist groups that lobby to stop coal, oil, natural gas and even nuclear energy production –which together provided 87% of U.S. energy consumption last year. Amazingly, the group poured out nearly $1.7 billion between 2001 and 2020, much into anti-energy causes.

Lest anyone think the environmental movement is underfunded, tax records reveal that eco-activists, lobbying groups  and litigators brought in a combined $3.2 billion from wealthy donors and foundations in 2020 alone.

Granted this ongoing funding by organizations committed to advancing fears of dangerous manmade climate change, it comes as no surprise that EEN, partnering with the National Association of Evangelicals and World Relief, recently issued a statement aiming to convince evangelicals that they, too, need to fear climate change and support efforts to mitigate it. The statement fallaciously assumes that care for the world’s poor translates directly into fighting global warming.

At a fundamental level, “creation care” is a part of this secular environmental movement repackaged with biblical language.

And it’s not new – this latest campaign is a reboot of past attempts to bamboozle evangelicals dating back to the 1990s by redefining “pro-life” to include wealth redistribution, open borders  and “social justice” policies supported by secular “progressives.” One prominent liberal and “creation care” supporter even admitted in a panel that they were trying “a sort of ‘rent-an-evangelical‘” model, hiring pastors to preach the false gospel of global warming for partisan ends.

Those past crusades failed because evangelicals saw them for what they were: a gateway through which secularists march socialism into our churches and preach “progressivism” from our pulpits. Christians today must hold fast to true scriptural teaching and refuse to be lured by strange doctrines.

This article originally appeared in WND on September 23, 2022.